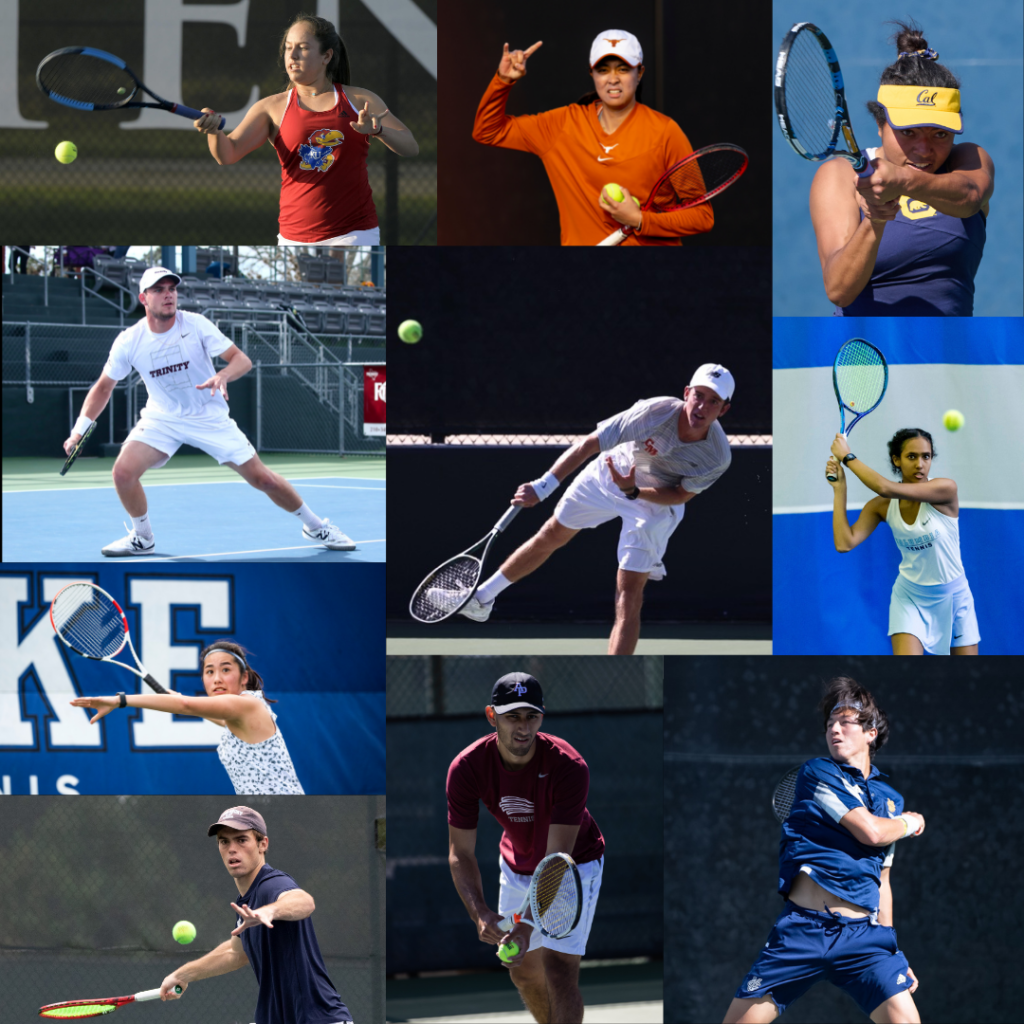 USTA Southern California has announced its “All-SoCal College Team” for 2022 to celebrate the accomplished collegiate tennis players who’ve emerged from the Section and its array of junior programming. The players were selected based on their competitive success, academic accomplishments, and their reflection of sportsmanship.

Note that players are eligible for the All-SoCal roster once during their collegiate career. Looking for a superstar not on our list? They may be a past recipient, or a future honoree for their emergence as a scholar/athlete. We congratulate these and all SoCal-based college scholar/athletes for their ongoing achievements as representatives of #TeamSoCal!

Julia Deming of Fallbrook, California posted 7 singles victories and 9 doubles victories alongside partner Malkia Ngounoue. Deming also made the Academic All-Big 12 First Team with a 4.0 GPA in Sports Management. Deming is a Senior at the University of Kansas.

Haley Giavara of San Diego, California, finished 2021 with a No. 27 ranking in singles and a No. 50 ranking in doubles alongside Valentina Ivanoc. Giavara had 12 singles wins and 15 doubles wins and is currently a Junior majoring in Legal Studies.

Ryan Nuno of Sylmar, California, had a standout season with Azusa Pacific, making All-PacWest Second-Team in singles and First-Team in doubles alongside partner Sam Sippel. The class of ‘22 Exercise Science major, finished the season 19-3 in doubles and posted a 14-3 singles record, including two straight victories over ranked opponents in the PacWest Tournament

Ian Freer of South Pasadena, California, made the Semi Finals of the ITA West regionals in singles and the Quarter Finals in doubles. Freer is in the class of ‘25 at Claremont McKenna and finished the fall with a No. 26 ITA singles rank Nationally as well as No. 9 in the West in singles and doubles. Freer was awarded ITA Rookie of the year as well as ITA All-American honors in doubles.

Christian Settles of Claremont, California, is a former ITA-Scholar Athlete and a 2-Time SCAC Spring Academic Honor Roll recipient. The Communications and Sports Management major at Trinity College has had 2 semesters on the Dean’s list.