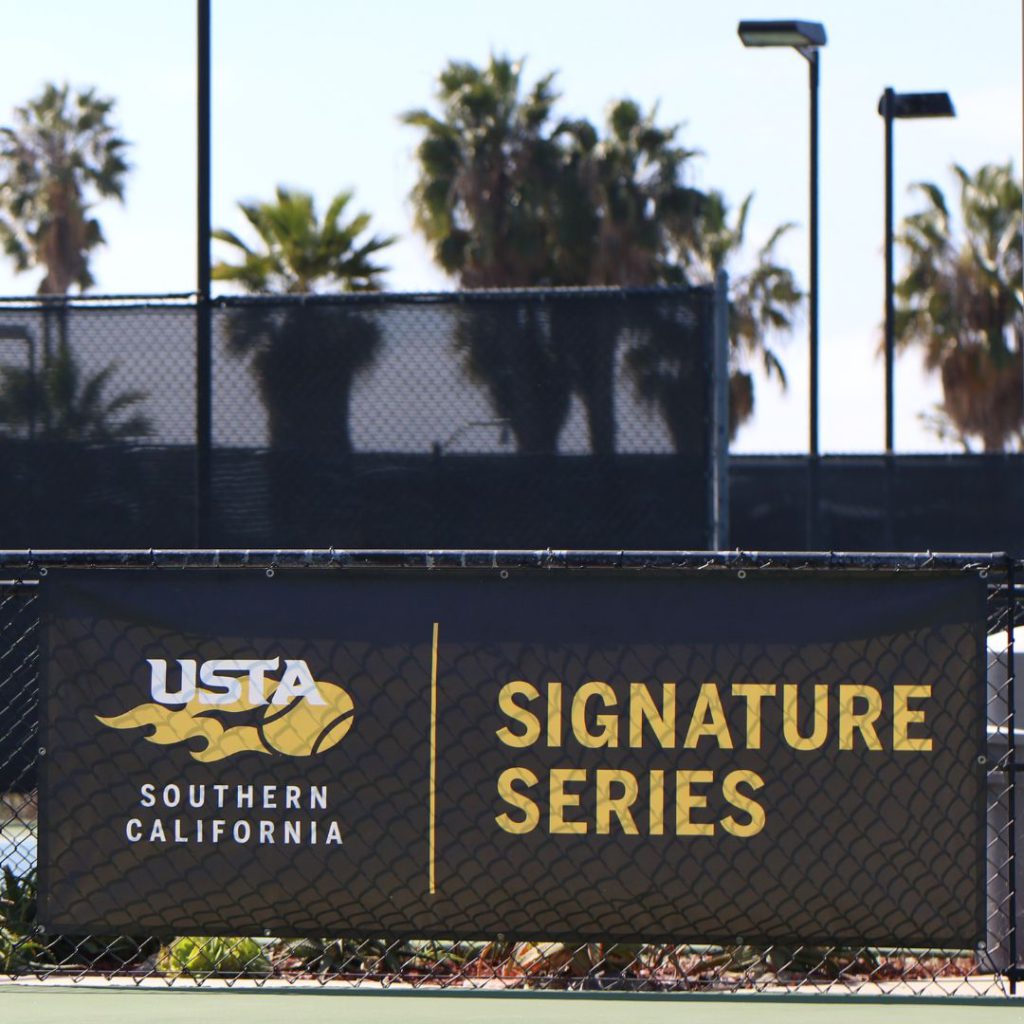 Three of Southern California’s premier annual tournaments are on the horizon, each with its own storied history and roster of past winners that reads like a who’s who of American tennis.

The most prolific of them all is Junior Sectionals (June 11-12, 17-19), returning for the 120th time in June. Players in age divisions 12-18 compete for the same trophy one raised by players like Venus and Serena Williams, Pete Sampras, Michael Chang, Lindsay Davenport, and so many more. This year’s Junior Sectionals will conclude once again at Los Caballeros Sports Village in Fountain Valley, with the theme “Larger Than Life.” Tournament organizers expect the final championship weekend to be one of the most memorable in SoCal tennis history.

Not only will players compete to be part of this history, they will also get the chance to play at the National Hard Court Championships. Winners of this event will receive a section wildcard in their division. There’s an added bonus to this Signature Series event – 16s and 18s winners and finalists will receive an automatic spot on TeamSoCal’s L1 Battle of the Section Team Tournament! Moreover, this is one of ten circuit events to be counted towards the Final 8 Grand Prix Points Race.

Following Independence Day festivities, college and adult players converge on Barnes Tennis Center in San Diego for this year’s Southern California Open Sectionals (July 5-10). In its 135th year, the event boasts $20,000 in prize money in men’s and women’s singles and doubles. Prize money will be distributed equally in the men’s and women’s draws.

Following the completion of Wheelchair Sectionals last month, the second half of Super Sectionals has been moved to the fall (November 5-13) to accommodate NTRP and Senior level play. It’s not too soon to register for this all-encompassing event, including family divisions such as Father/Son and Mother/Daughter.