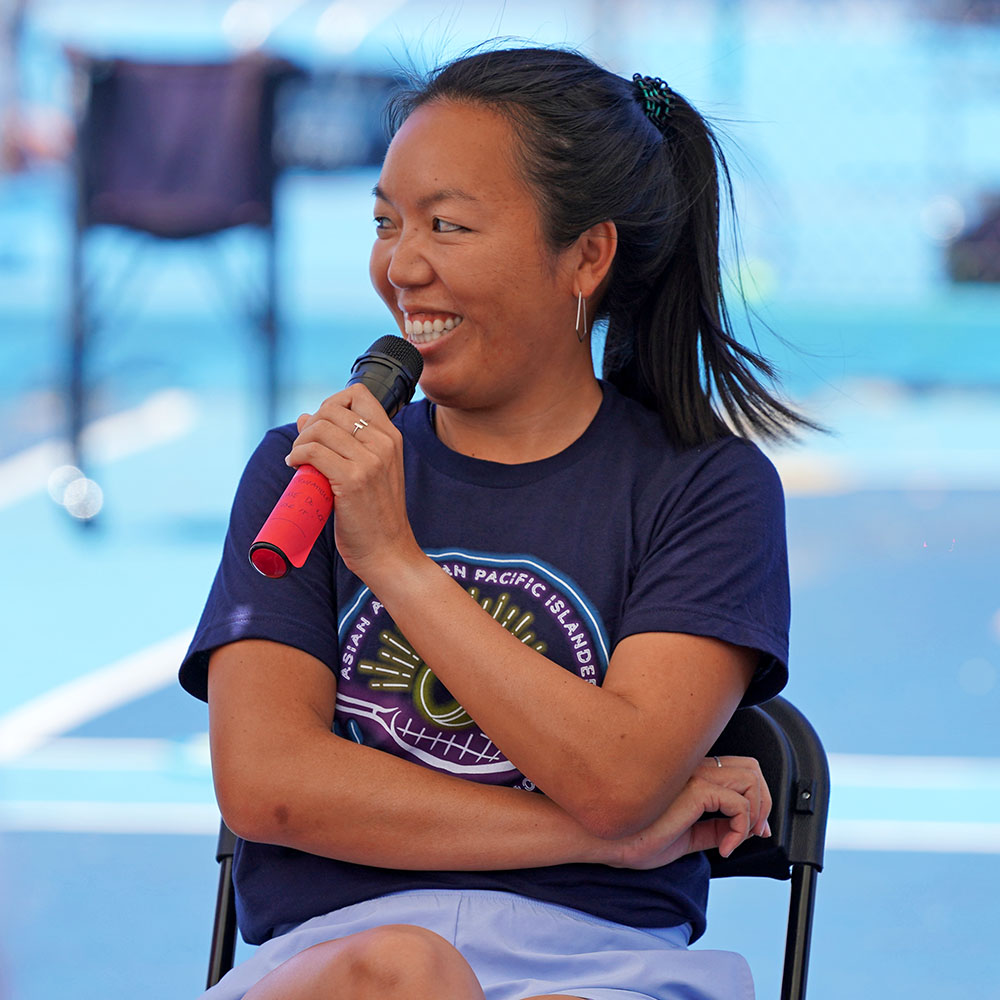 As the industry struggled to find direction during the pandemic, the USTA and other organizations formed Tennis Industry United. The goal was to bring together a diverse array of organizations to create a network of support in tennis, especially in times of need. However, several USTA board members and Asian American industry professionals noticed a lack of tennis associations offering consistent representation for the AAPI community. Former Grand Slam champion and current USTA board member Vania King was one of them. Along with a passionate group of founders, she helped spearhead the creation of the AAPI Tennis Association.

The AAPITA publicly launched at the US Open in early September with a mission to develop, grow, and elevate the visibility and interests of the AAPI tennis community. Their vision is to create opportunities to impact lives, build community, inspire innovation, and organize and unite AAPI groups with one voice.

Due to its highly decorated and experienced founding members, the organization is off to a positive start. “This really gave me a chance to explore things that I’m passionate about,” said King, who was a doubles champion in 2010 at both Wimbledon and the US Open. “(It is about) providing equity for players, providing access to tennis for those that may not have it, and providing opportunities through our wonderful sport.”

Other notable founding members include David Lee, current USTA committee chair for advocacy, professional wheelchair tennis player and US Olympian Dana Mathewson, and Barnes Tennis Center CEO Ryan Redondo, among others. When speaking about the impressive and influential board that AAPITA has assembled, King said, “We are super excited about the potential of AAPITA, and we want this to be a very positive community, a positive community that really supports each other.”

King was sure to mention that while AAPITA is focused on supporting the AAPI community, everyone is welcome to be a part of what they are building. The Asian American and Pacific Islander community is just one of many minority groups in tennis that have historically lacked representation. The AAPITA hopes to bridge that gap and further the principles of diversity, equity, and inclusion that the tennis world is striving for.

AAPITA is currently working on programming and initiatives to help kickstart their impact on the tennis community. There are currently plans in motion for an annual gala, and an AAPITA hall of fame that would celebrate achievements and notable members of the community. King hopes that in the future, the AAPITA will be seen as “a community where our members feel like they’re supported in tennis. Whether you’re a player, a volunteer, a staff member, or in a governance position. Anyone that’s involved with tennis, recreational or not, would be able to feel like there are resources and a place to go to.”

As the efforts of AAPITA grow and their network expands across the country, it’s clear that AAPITA will provide a dedicated community for their members to feel supported in any position in the world of tennis. King noted that AAPITA wants to stand out in the tennis world and “transcend traditional structures.”

“We want this to be a place where we can support anyone who wants to be in our community, anyone who’s AAPI, and anyone who also wants to support opportunities for AAPI members.”