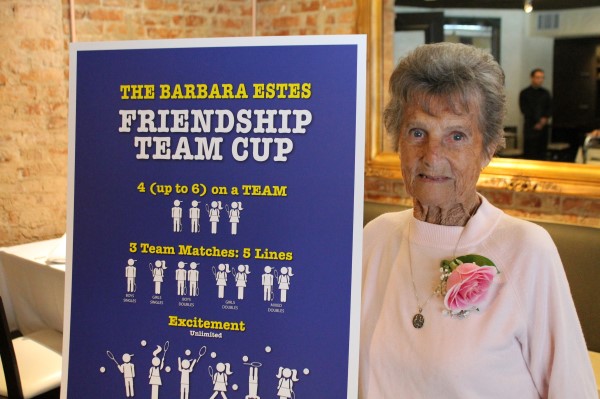 Barbara Estes, a longtime veteran of the USTA Southern California team, passed away last week after a lengthy illness. Ms. Estes spent more than thirty years on the section staff, beginning in 1982 as a volunteer at the Pacific Southwest Tennis Championships in Los Angeles, and then as a staff member since 1985.

Ms. Estes announced her retirement from the USTA in February this year. After serving as an usher at the 1984 Olympics for both tennis and gymnastics, Ms. Estes joined USTA Southern California as a Rankings Coordinator in the local office.

A recreational player in tennis who went on to take lessons at Van Nuys Sherman Oaks Park, Estes considered herself a “pretty decent park player” who traversed the coast to compete in and help organize local tennis tournaments.

“I had trophies galore!” she once recalled, from a time when adult tournaments and charity events were plentiful. But in 1982, as a volunteer on the grounds and in the office of the Pac Southwest, Estes could never have known it was the beginning of nearly four full decades in the world of Southern California tennis. 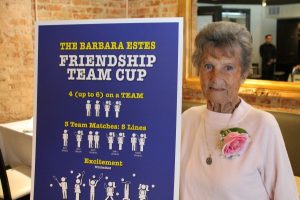 Ms. Estes also helped spearhead an annual fundraiser to support the UCLA Children’s Cancer Center when the son of a tennis friend was stricken with leukemia. The “P.A.L.” charity event (“Parents Against Leukemia”) has raised over a million dollars through their annual luncheon and variety show, in which Ms. Estes was a member of the choral group.

With the USTA, Ms. Estes worked the Will Call window at The L.A. Open, a pro event that brought the top touring players to Southern California, along with a star-studded audience to the event’s Will Call window. where Estes later held court until the tournament’s final event in 2012. Tennis enthusiasts like The Tonight Show’s Johnny Carson and ballplayers Steve Garvey and Ron Cey came to Estes for their premium seats, until the annual tournament ended in 2012. One celebrity once complained his box seats were obstructed by a pole. “Don’t bat your eyes at me,” she told him in her trademark unabashed manner. “You’ve got good seats!”

“I bet we ran across all of (the top male players) that you can think of,” Ms. Estes remembered. “We’d have seen them all, all of those guys – McEnroe, Agassi, Borg. We even saw (SCTA Junior Tennis Director) Trevor Kronemann play in doubles!”

Ms. Estes worked regularly in support of junior tennis throughout her USTA tenure, most recently under the direction of Kronemann. In 2019, the Southern California “Friendship Cup” tournament was named in her honor.

“Barbara was a wealth of experience and information,” Kronemann said. “She operated with a no nonsense approach, and was quick to pass on her tennis knowledge to colleagues old and new. Most importantly, she was dedicated to playing an essential role in developing tennis opportunities for young players. We are indebted to Barbara for over thirty years of service, and she will be greatly missed.”

At press time, services for Ms. Estes had not yet been announced.