Emerging as one of the nation’s top tennis facilities, Barnes TC earns USTA accolades ahead of welcoming ATP event in September 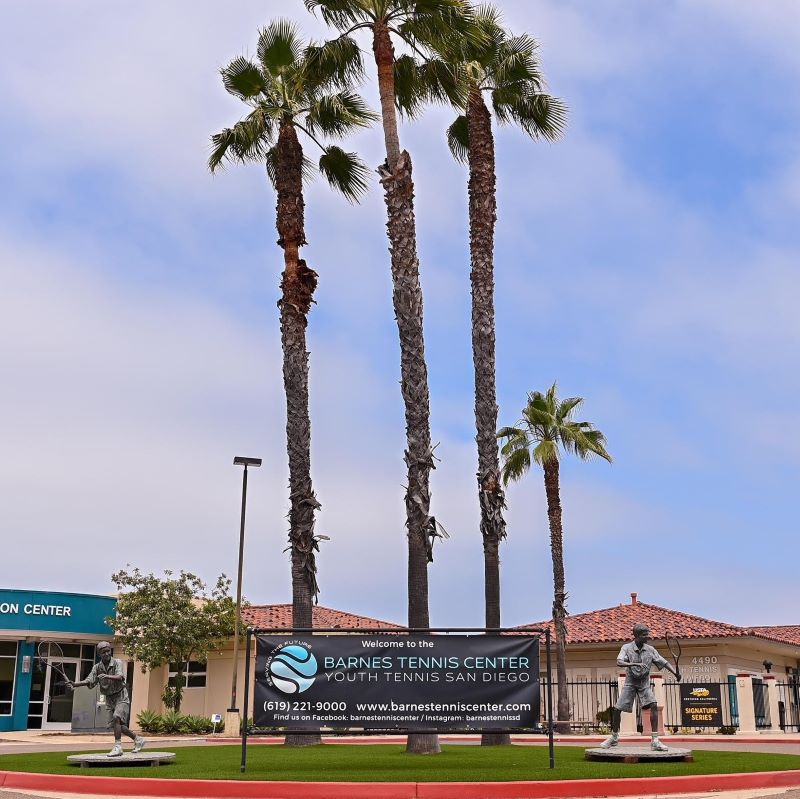 George E. Barnes amassed quite a tennis resume throughout his illustrious lifetime. He served as the president of the USTA (where he initiated the membership model for the organization), the National Educational Tennis Foundation, the Chicago Tennis Patrons, and was a board member of the International Tennis Hall of Fame in Newport, Rhode Island. In the mid-1990s, the Barnes family were lead donors towards a family tennis facility in San Diego, and in 1997 the Barnes Tennis Center opened in support of junior tennis throughout the region.

It goes without saying that George Barnes would beam with pride this week, as Barnes Tennis Center has been named a USTA Outstanding Facility in 2021, and the facility announced recently that it will host an ATP 250 event in September, bringing many of the top men’s players from across the world to compete in Southern California.

The USTA’s annual Outstanding Facility Awards program recognizes excellence in the construction and/or renovation of tennis facilities throughout the country. Barnes Tennis Center continues to invest in its facility, including the addition of new LED lighting on each of the facility’s 25 courts.  The facility was also able to host the Easter Bowl, IOSC, PAC-12 Championships, Girls National Championships, and ITF events, among many other tournaments during the pandemic, due to their strong COVID-19 safety protocols. In addition, Barnes Tennis Center runs the successful and popular Kathy Chabot Willette After School Tennis Program that reaches thousands of kids annually.

“Great tennis facilities like the Barnes Tennis Center help us to grow the game at the grassroots level, and we are proud to recognize them for their ongoing impact on the sport of tennis,” said Craig Morris, Chief Executive, Community Tennis, USTA. “Barnes Tennis Center has embraced many key tennis initiatives and kept the sport at the forefront of its community each year.”

On the heels of this exceptional honor, The ATP San Diego Open will be begin Monday, September 27 through Sunday, October 3, 2021. The men’s professional tennis tournament will feature a 28-player singles draw and a 16-team doubles draw. The event will offer a total of $600,000 in prize money and tournament champions will receive 250 points in the FedEx ATP Rankings.

“This is an incredible opportunity for the Barnes Tennis Center and the San Diego tennis community to come together with the ATP to put on a world-class men’s professional tennis event,” said Youth Tennis San Diego Chief Executive Officer Ryan Redondo, who will serve as San Diego Open Tournament Director.

According to Redondo, additional seating, including a 2,000-seat Grandstand on Stadium Court, will be built to accommodate spectators at the Barnes Tennis Center.

“With the size of the draw, fans are going to have the opportunity to watch the top players in the world” Redondo said. “We are preparing the venue to host the tournament and the seating on Stadium Court will give fans an intimate setting to watch matches.”

Andrea Gaudenzi, ATP Chairman, said: “We are delighted to welcome the San Diego Open onto the ATP Tour calendar for this year. I would like to thank the organizing team for their commitment to tennis and agility in stepping up to stage this event at short notice. It promises to play an important role in delivering a strong finish to the season for our players and fans.”