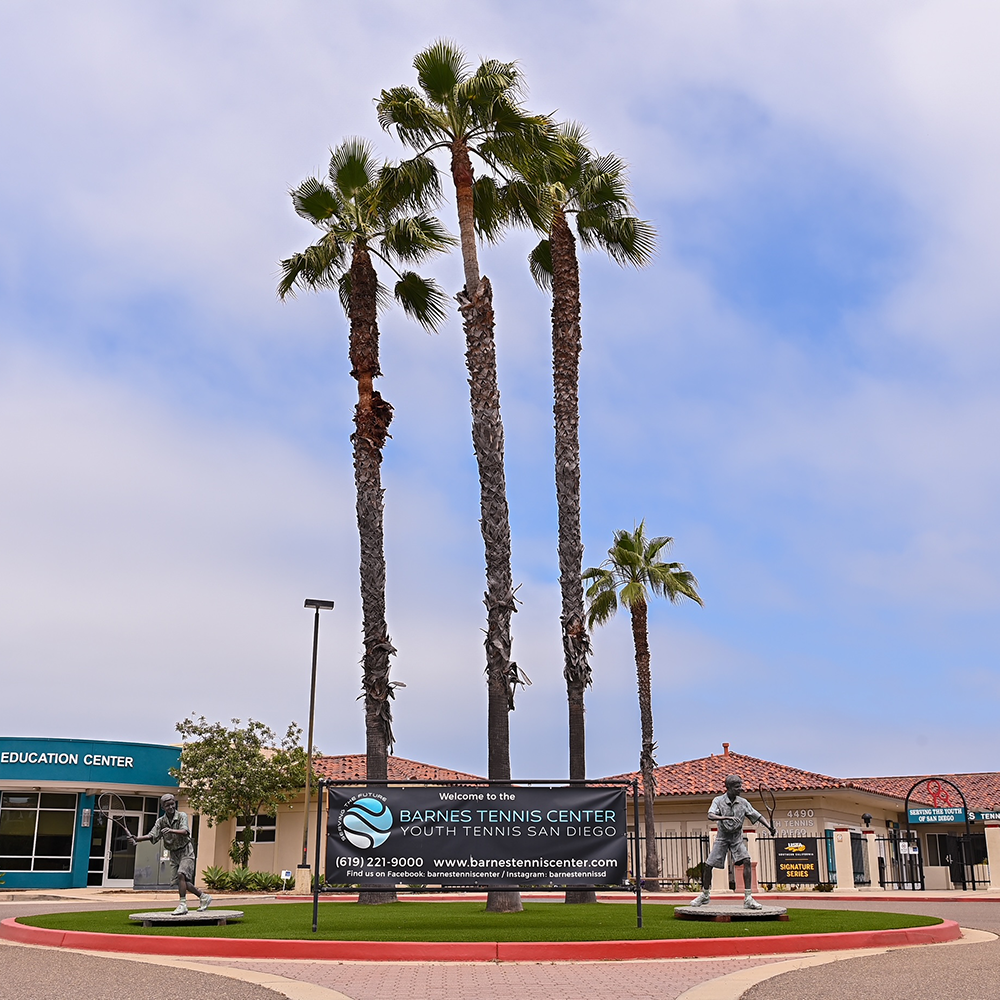 The USTA announced on December 10, 2021 that Barnes Tennis Center in San Diego has been awarded the USTA’s highest facility honor as the 2021 Featured Facility. Barnes Tennis Center is one of 25 winners in the annual USTA Outstanding Facility Awards program, which recognizes excellence in the construction and/or renovation of tennis facilities throughout the country. Barnes Tennis Center was honored at the 2021 USTA Celebrating Community Champions virtual ceremony on Dec. 8.

The awardees also received a surprise virtual call from tennis champions and Paralympians Dana Mathewson and David Wagner honor the community champions for their contributions to growing the game of tennis.

Barnes also provides a full junior pathway from three-year-old programming to ROG to our competitive middle school and high school programs as well as our academy programs with elite blue chip recruits. Barnes is a Chapter 4 USTA Foundation Excellence Development Team member as well as host to the San Diego competitive Training Center programs (SCTA). Barnes has most recently partnered and opened up a Performance Center that has Physical Therapy and training sessions.

Youth Tennis San Diego’s signature outreach program, the Kathy Chabot Willette After School Tennis Program, serves children of all backgrounds throughout the city of San Diego on the blacktops of schools, parks, and recreation centers. The program offers scholarships and financial assistance to children to then train at the Barnes Tennis Center in a more formalized training. Created in 1953, YTSD has been a beacon of tennis and educational development for kids from the most underserved areas of San Diego. Further, in 1995 a dedicated Youth Training Center was built – the Barnes Tennis Center, which now serves thousands of kids annually through programs and tournaments.

Barnes Tennis Center recently installed LED lighting on all 25 tennis courts, while also adding two red clay courts as well as Pickleball and Padel courts. In addition, updates were made to the Gym/Performance Center and landscaping. Total, more than $600,000 has been spent recently on improvements and additions to the facility.

“Great tennis facilities like the Barnes Tennis Center help us to grow the game at the grass-roots level, and we are proud to recognize them for their ongoing impact on the sport of tennis,” said Craig Morris, Chief Executive, Community Tennis, USTA. “Barnes Tennis Center has embraced many of our tennis initiatives and kept the sport at the forefront of its community each year.”

To be considered for an award, facilities must be under the jurisdiction of a park and recreation department, an educational institution, a nonprofit corporation or be a private or commercially-owned-and-operated facility that offers both USTA and public programming designed to help grow tennis.