For Black History Month, tennis has its share of unheralded stars and legendary figures 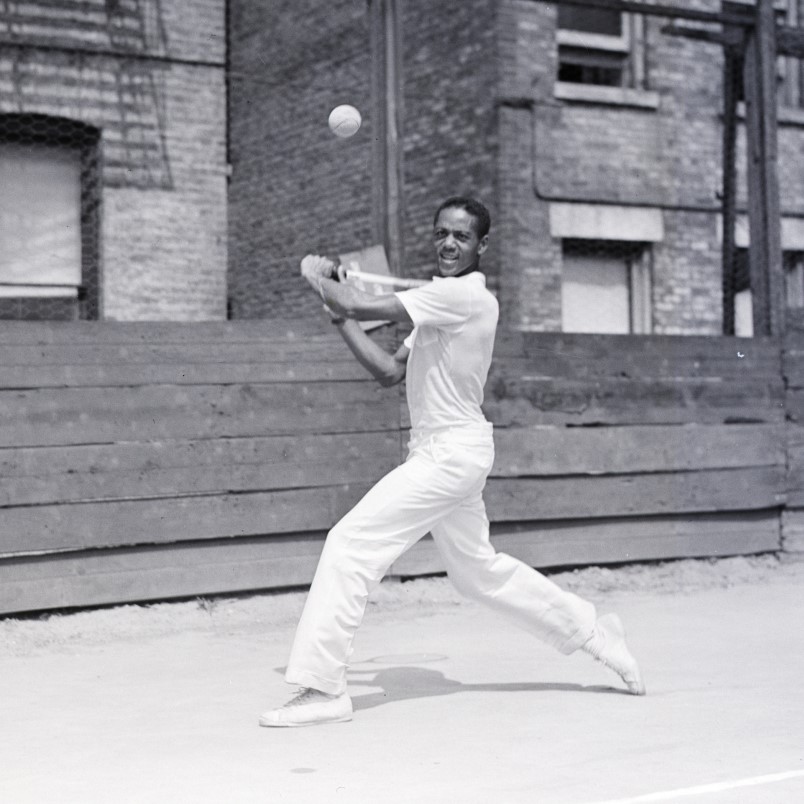 It is awkward to refer to the history of “Black tennis.”

In its purity, the sport itself knows no color barrier – the balls, the racquets, the nets all perform the same no matter who steps to the service line. Yet through the lens of history, tennis – as with baseball, golf, and others – suffered for decades the same racial inequity that divided politics, schools, housing, and so on. The absence of the Black athlete, unabashedly shunned not just from competition but also from the facilities that staged them, resulted in clubs, leagues, organizations, and competitions dedicated primarily to serve and showcase African-Americans.

Today, at what seems like a snail’s pace, our communities evolve. We are able to look back at this history not just with contempt, but also with a sense of wonder. Were there Black athletes who played ball better than Hank Aaron, but never got the chance? Were there golfers more gifted than Tiger who were instead reduced to playing caddie? Was there another Serena, before the one we know, who’d have been more accomplished than her modern-day counterpart?

The country was heavily segregated following the Civil War, though sports continued to play its role as a refuge from the struggles of daily life. In its first full decade, major league baseball was in full swing by the mid-1880s. Golf clubs began to sprout up as the game expanded across America, and tennis was soon to follow. Like golf, tennis gained popularity during the same period and led to the founding of tennis clubs and organizations as the decade came to a close. All had one thing in common – ‘Whites Only.’

Under the dark cloud of oppression, talented Black players in these and other sports would be relegated to excel only amongst themselves. Baseball’s earliest factions of the Negro Leagues, were born just before the turn of the century. In the shadow of an anglo-PGA, the United Golfer’s Association was built on makeshift regional tours that featured only Black players.

Tennis saw the formation of Black tennis clubs along the east coast, beginning in Philadelphia in 1890 and spreading to Baltimore, New York, and Washington. Almost a decade later, Black players traveled across state lines to Pennsylvania to compete in the first interstate tournament designated for tennis players of color. Then in 1916, as the landmark American Tennis Association was founded in Washington D.C. to provide opportunities for Black players to compete and thrive, the Western Federation of Tennis Clubs was formed here in California.

Los Angeles native Jimmy McDaniel (pictured) was a champion of the ATA circuit, winning his first of four titles in 1939. McDaniel, whose father played Negro League baseball, was the 1938 Southern California Men’s Singles Open champion (and won the doubles title with his brother, Al). The lefty went on to play tennis for Xavier University, but segregation meant he only played against fellow Black players and that he was ineligible for the NCAA Championships. Still, his prowess was often unmatched and tallied numerous prestigious trophies – the Southwestern Open, Eastern Sectional Open, the Southern Intercollegiate Sectionals, and the New York Open, among them.

In 1940, McDaniel made national headlines. At Harlem’s Cosmopolitan Club – home of the ATA – McDaniel played an exhibition match against Don Budge, the first time a top level Black player would face a white counterpart. Budge, an accomplished pro who won the US Championships that same year, prevailed rather handily but later credited McDaniel as a skilled player who could easily reach the world top 10, regardless of race. It was the first small step toward desegregation of the sport.

Another full decade would pass until Althea Gibson, a 23 year-old from South Carolina, would make history in 1950 as the first Black athlete to compete at the US Nationals (now known as the US Open).  When she won the French in 1956, Gibson was the first African-American woman to capture a Grand Slam title. The following year, she won the world’s most prestigious tennis title at Wimbledon, and returned to a ticker-tape parade in New York City. Gibson was a five-time Slam champion, both in singles and doubles. Her statue is prominently displayed at the United States Tennis Center in New York.

While Gibson was breaking barriers in New York, a young Arthur Ashe was picking up a racquet for the first time. At seven years old, raised with his brothers by a widowed father, Ashe was forbidden to play contact sports like football because of his lanky frame. Instead, Ashe adopted tennis and in 1958 played his first racially integrated tournament, the Maryland Boys’ championship. His National Junior Indoor title, a first for a Black player, helped Ashe earn a scholarship to UCLA. There he won the 1965 NCAA singles and doubles titles, as well as the national team title for the Bruins, just months before the Watts riots in Los Angeles accented the ongoing racial struggles that continued to plague the city and the nation.

As a pro, Ashe was the male counterpart to Gibson. He was the first and only Black man to win at Wimbledon, the US Open, and the Australian Open. He won 76 career titles, including the Ojai in 1962 and the Pacific Southwest Open in Los Angeles, first in 1975 and again in 1978, the latter being his final career championship.

Ashe would earn countless accolades not just in tennis, but also through activism as the national chairman of the American Heart Association, and later as the namesake and founder of the Arthur Ashe Foundation for the Defeat of AIDS, to which Ashe succumbed in 1993 at age 49. The main stadium at Flushing Meadows is named in his honor, as is the Health and Wellness Center on the campus of UCLA.

The 1980s saw Black tennis players excel at the pro level as the sport grew mainstream behind names like Connors, McEnroe, Navratilova, and Evert. Zina Garrison, a product of the ATA, captured a gold medal in doubles (with Pam Shriver) and a bronze in singles at the 1988 Seoul Olympics. Chicago’s Katrina Adams won the 1988 World Doubles Championships with Garrison; Adams would go on to be named the youngest and first African-American President/CEO of the USTA. Malivai Washington, the only male among four pro tennis siblings, was the top college player as a sophomore at Michigan before turning pro in 1989. He peaked at ATP #11 three years later and reached the Olympic quarters in 1996.

Still, the diversity of the game struggles. Washington was the first Black man to play a Wimbledon final since Ashe. He is also the last to do so. Those aspirations fall now to modern day players like Frances Tiafoe and Chris Eubanks. The women’s game, fueled by two exceptional sisters from Compton, evolved not just through Venus and Serena, but also by former Top 10 Chanda Rubin, former US Open champion Sloane Stephens and finalist Madison Keys, and rising stars Coco Gauff and Sachia Vickery.

In 2021 and beyond, the focus shifts to developing avenues that nurture and deliver the game’s brightest talents to its highest pinnacles, ensuring that every Jimmy McDaniel and every Serena Williams reaches their full potential and earns a place in the pantheon of tennis.

We can be sure of one thing – should we choose to embrace it, there is much more history to come.

Follow Black History Month throughout the month of February at USTAsocal.com and on our social media channels @USTASoCal.