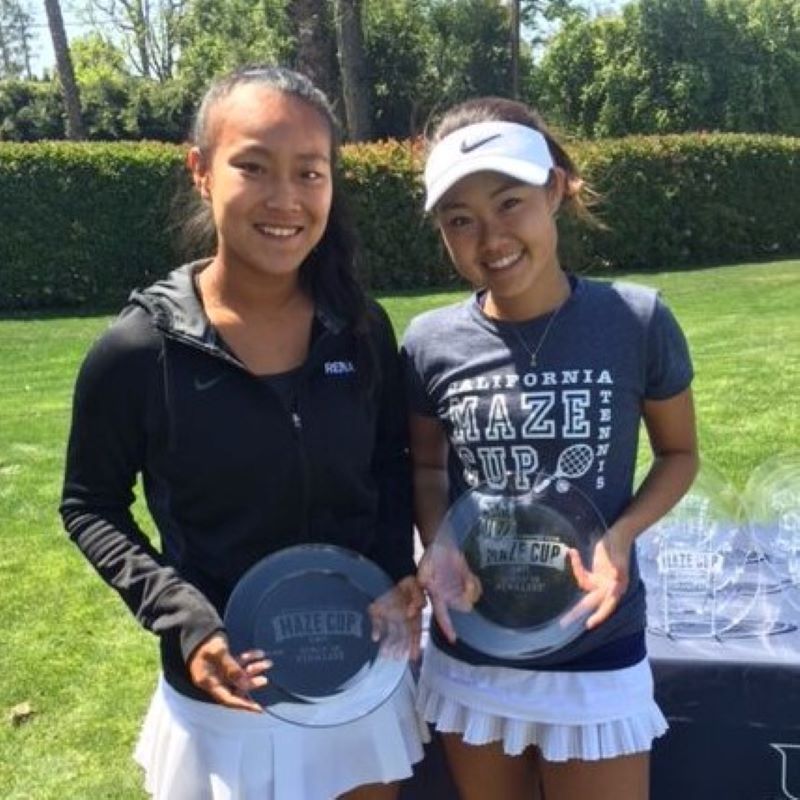 Started as a way to bring the best Northern and Southern California junior tennis players together to compete and prepare for the East Coast summer National events way back in 1974, the Maze Cup will celebrate its 47th edition April 8-10 at the Stockdale Country Club in Bakersfield.

George Maze, Sr. was the namesake and brainchild for what has turned into one of the most prestigious and long-standing team events in the country. The Maze children – including son George Jr., Joan and Bill – continue to be ardent supporters of the Maze Cup to this day.

“It seems like the juniors have always enjoyed it,” said Bill Maze, who is in his 27th year of coaching the women’s tennis team at the University of California at Davis. “The team stuff is always so much more fun than the individual tournaments.

“My mother Sheila, who passed away in 2013, insisted that me and my brother and sister go to the Maze Cup every year. I bet you we’ve gone to all of them but three or four. My mom was very adamant about us going. She said, ‘They are doing all this work and the least we can do is come and support them.’ ”

After serving in the Navy as a lieutenant, George Maze settled in Bakersfield where he and his tennis-playing wife soon joined the Bakersfield Racquet Club. Described as a “tireless volunteer” for the USTA SoCal Section, the couple in the
late 1960s made the move to the East Bay because of a job change and the Maze’s became members of the Berkeley Tennis Club.

The elder Maze always had the idea of a section-vs.-section team event modeled after the Davis Cup format. He first got the idea for a friendly junior competition between the two sections having watched players like Erik Van Dillen and Jeff Borowiak from NorCal, and Stan Smith and Bob Lutz from SoCal. Bill, with his father present, won the USTA Boys’ 16 National singles title at Kalamazoo, Mich. Two years later, he went on to be a finalist in the 18s singles. Sadly, Maze passed away from a heart attack while playing tennis at the club in 1973.

Bill Maze was a nationally ranked junior and just 17 at the time. USTA NorCal President Peter Herb and SoCal President Joe Bixler put plans in place for the first Maze Cup to take place in the spring of 1974 in Fresno as a way to honor the legacy of George Maze.

Bill Maze, of course, was named to the NorCal team.

“It was a bit emotional for me, but I won one singles match and lost the other,” said Maze, who went on to become a college teammate in John McEnroe’s only season at Stanford in 1978. “I think my father would have been proud of it. I don’t think he would have any idea of what it has become. I mean, (Pete), Sampras,

(Lindsay) Davenport, (Michael) Chang have all played it. Brad Gilbert played in it. CiCi Bellis. He was a very modest guy. He probably would have preferred it being called the Friendship Cup, or something.”

Maze said while there is a rivalry between the two sections, both really are “a California team, in a way,” he said. “They are trying to get ready to take on the top juniors on the East Coast. There is kind of this natural rivalry between Northern California and SoCal, whether it’s basketball, football, you name it. But the real goal is to have these top juniors really hone their skills to take on the best in the nation.”

Maze said over the years during college matches or at the Maze Cup, players will inevitably come up to him and thank him for the event, saying how much they enjoyed playing Maze Cup. “It’s funny,” he said. “We get a lot of credit for it. They say, ‘I know that tournament was named after you,’ and I have to explain it that it was all him. There is a sense of real pride there.”