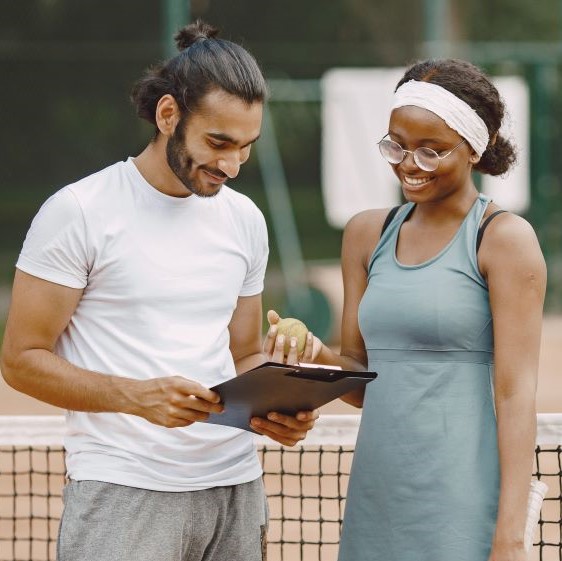 Later this year, the trifecta of USTA Southern California, the LA84 Foundation, and the LA City Department of Parks & Recreation will launch a collaboration with the State of California to implement the California Violence Intervention and Prevention Grant, a large step toward increasing access to sports for children of lower income backgrounds.

Andy Schwich is the Manager of Diversity, Equity, and Inclusion for USTA SoCal, and one of the key figures in advancing the CalVIP grant. Schwich helped initiate talks for the program through USTA SoCal’s relationship with the LA City Parks and Recreation Department. “We reached out to them and talked a little bit about the plan,” said Schwich. “We were able to identify four parks, in their system that we felt would be good places for us to launch this program. It would be a year-round program, and we would like to recruit both elementary school and middle school age kids and have them be involved in tennis activities.”

The impetus behind the program is that by keeping kids active through tennis, kids are less prone to be involved in juvenile delinquency, often a precursor to other crimes and misdemeanors as the kids grow older. After identifying at-risk neighborhoods (and sites within) to host grant programming, the CalVIP grant will conceive and implement expanded recreational tennis program in those targeted areas over a three-year period. Locations will include communities of Exposition Park, South LA, Pacoima, and Montecito Heights and focus on sixteen demographic categories deemed at-risk and underserved.

Schwich sees the program as an extension of USTA SoCal’s community initiative, saying, “We targeted communities of color, whether it’s South LA and working with black communities, or northeast LA communities that are predominantly Hispanic. The overriding theme is community tennis. We wanted to reach out.”

Schwich highlights the importance of both the tennis and non-tennis aspects of the program, explaining, “We also want there to be something that the kids are getting out of it. That is really showing that not only are they playing tennis, but they are also gaining awareness and gaining education, on issues that will hopefully keep them from going down the wrong road.”

The fiscal year for the CalVIP grant starts in July, and the start dates for each of the programs at the four sites are being decided. While the current lifespan of the grant is three years, Schwich hopes that these initial years will act as a proof of concept to expand the program to more children at more sites.

Schwich explained, “We would incorporate red, orange, and green ball progression, and hopefully a whole lot of play. The idea is that like to develop teams at each of the sites so that they can compete against each other, and if kids are at a high-performance level, maybe they move into a different program. It’s really trying to get racquets in the hands of kids who have never played before.”