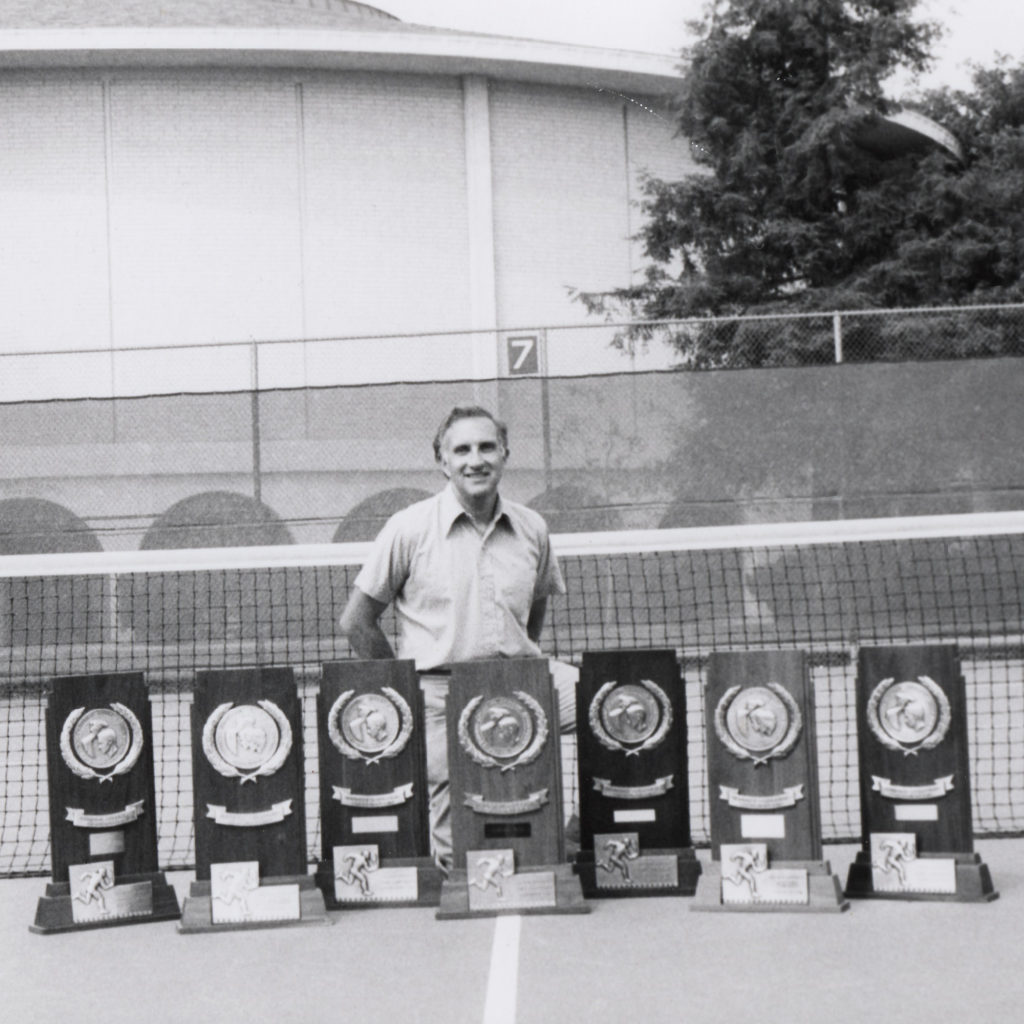 On June 29, former Claremont-Mudd-Scripps Men’s Tennis Coach Hank Krieger passed away at the age of 86. Coach Krieger had been involved with the Claremont Colleges for over 50 years, starting as a mathematics professor at Harvey Mudd in 1968. Coach Krieger’s time at CMS also included a legendary tenure as head coach of the men’s tennis team, starting in 1976 and lasting for a stretch of 22 years. Coach Krieger’s legacy stretches both on the court and off it, with his influence on his students, players and the community, leaving a lasting and meaningful impact.

So profound was Krieger’s impact on the CMS tennis program and community that after his retirement as head coach, the CMS athletic department created the Hank Krieger Award in 2000. This award is presented every year to a graduating senior that exhibits athletic and academic excellence, as well as leadership in athletics and campus life. After his retirement from the tennis program, Krieger continued to serve the CMS tennis team as a consultant and volunteer assistant coach. To further honor Krieger’s contributions, he was inducted into the CMS Athletic Hall of Fame in 2004.

Aside from his prowess as a coach and his impact on the tennis program through results and championships, Krieger’s impact on the people he worked with was just as important. “When he retired from coaching in 1999, Hank’s impact on CMS Tennis didn’t wane,” said current CMS Tennis head coach Paul Settles. “It merely pivoted from student-athlete coach to coach’s coach.”

Settles added that without the mentorship of Hank Krieger, he himself would not be a college coach today. “These past few weeks,” Settles said, “I’ve had the privilege of pouring through email tributes and reflections from Hank’s players about the impact that he has had in their lives.” The sheer volume of tributes and sentiments flooding in about Coach Krieger highlights his expansive impact on the people around him.

Coach Hank Krieger is a shining example of dedication and hard work towards a community that will never be forgotten. The tennis program at CMS as well as the community of the Claremont Colleges was greatly influenced by him for over half a century, and his example stands out as uniquely impactful in the scene of Southern California tennis.