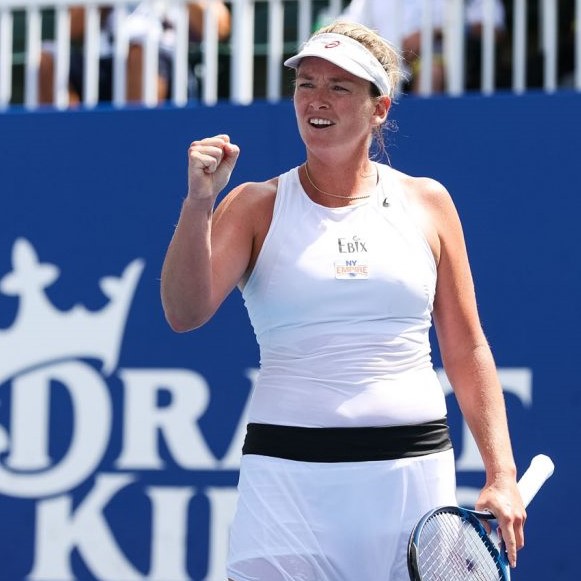 Coco Vandeweghe is a west coast girl, a beachgoer who likes body surfing and living the California dream. But on Sunday, Vandeweghe was wearing New York colors in the final of the 2020 World TeamTennis championship in West Virginia, with the team’s fortunes balanced squarely on her racquet.

The fourth and final team to reach last weekend’s playoff rounds, New York Empire was the last team standing on Sunday, taking the upstart Chicago Smash to a decisive 13-point supertiebreaker between Vandeweghe and her teammate Nicole Melichar, opposite former US Open champion Sloane Stephens and doubles specialist Bethanie Mattek-Sands. In dramatic fashion, the teams reached a 6-6 tie with Stephens at the service line.

Vandeweghe, who one week ago was traded from San Diego to New York along with Melichar, ripped a forehand winner that clipped the back line. An official’s review confirmed the winning point, and New York celebrated the franchise’s first WTT title and Vandeweghe’s MVP honors.

Nearly lost in the shuffle was the extraordinary play of San Diego’s Brandon Nakashima, the teenage phenom playing with Chicago in his first WTT season. A day before turning 19, Nakashima dismantled former world #8 Jack Sock in men’s singles, winning 5-0 and further positioning himself as a hot commodity for next year’s player draft. The lopsided win was crucial in keeping Chicago in the match ahead of the supertiebreaker.

“It was so much fun to have it on my racquet to control the situation,” said Vandeweghe, who also posted a convincing win in mixed doubles with Sock. “Luckily, I controlled it in the right way. I’m really pumped. It absolutely accentuated what World TeamTennis is – the team vibe, team energy, people picking up each other when they’re down. I had so much fun out there.”