Transforming Tennis in the Region 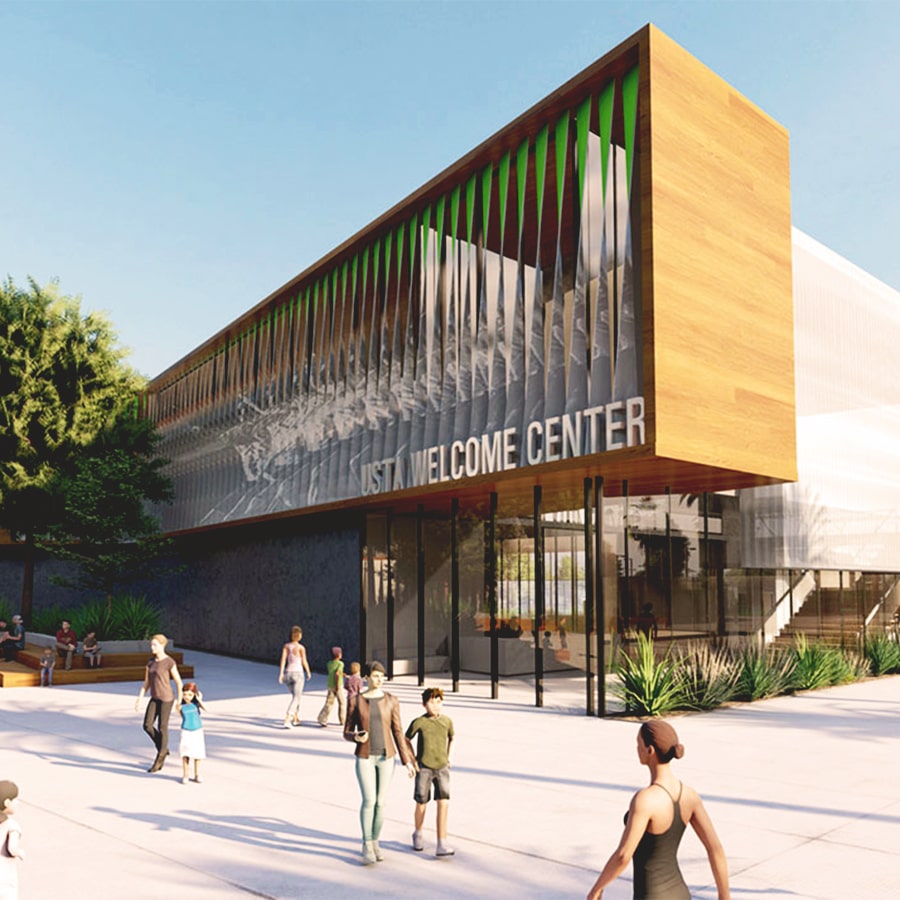 The Carol Kimmelman Athletic and Academic Campus will honor the legacy of Carol Kimmelman, an avid tennis player and educator, who walked onto the USC tennis team and won a national championship. Kimmelman passed away from cancer in 2017, and in her memory, the Kimmelman Family has brought together top-quality partners to develop the largest nonprofit, community athletic and academic center in the western United States.

The Campus will include state-of-art tennis courts, including a 12-court college facility, clay courts, small courts for Red/Orange/Green development, and a 24-court competition venue. In addition to tennis, the Campus will include five full-size soccer fields, basketball courts, track and field, fitness and play areas. To provide academic enrichment, the Campus will feature a 25,000 square foot Learning Center that will be operated by the Tiger Woods Foundation and its STEM-focused
educational organization.

The athletic centerpiece of the Campus will be its Tennis Center, which will become the regional home of the USTA Foundation’s flagship National Junior Tennis & Learning program (NJTL) and will significantly expand the capacity of NJTL to provide athletic development, wellness, education and scholarship programs to the youth of Los Angeles County. Uniquely, the Tennis Center will also feature the USTA’s West Coast Player Development programs, creating links between local youth and elite players and coaches from across the country.

The Kimmelman Campus, which is expected to open by 2023, will become the new home of USTA Southern California.

For more information about the Kimmelman Campus: