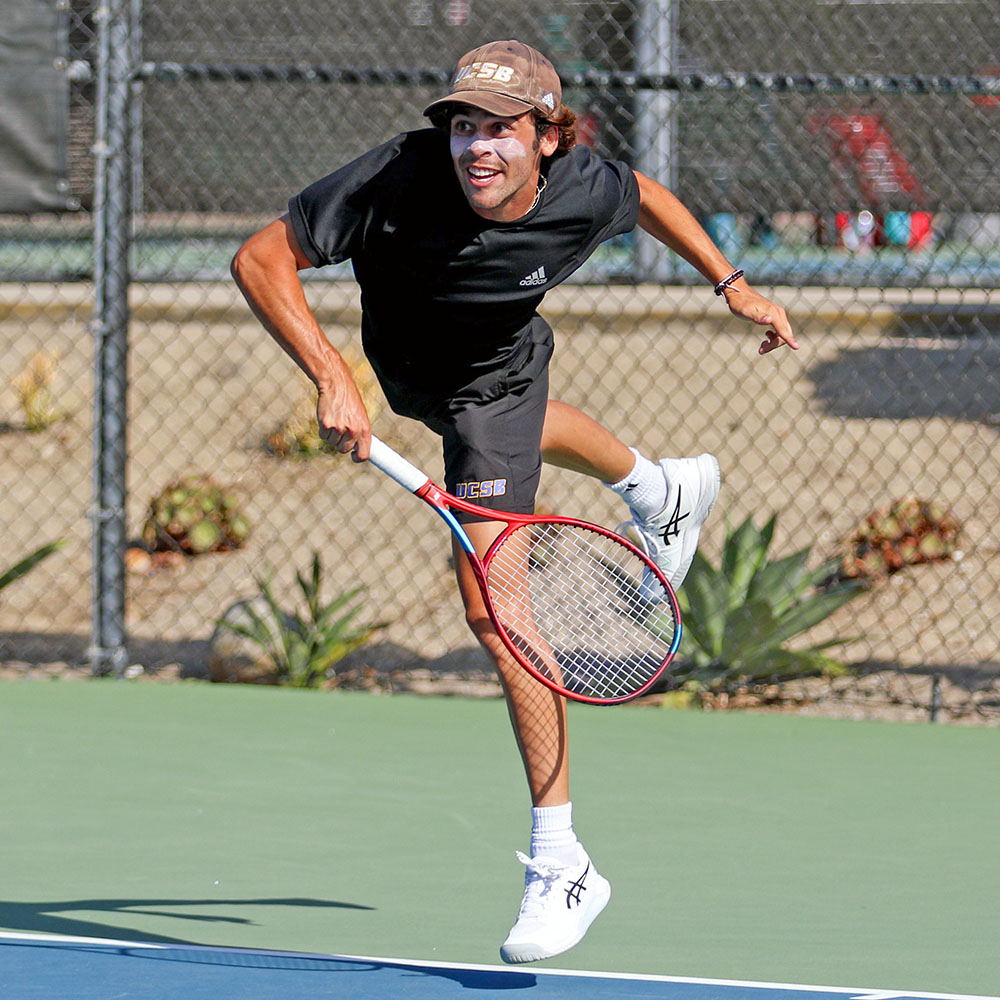 Diego Castillo started playing tennis after his mother took him to watch Rafael Nadal at Indian Wells Garden. Inspired by the famous Spaniard, Castillo would also go on to start his tennis career as a junior at Indian Wells. It’s that initial experience of being up close to the action and having the chance to watch matches and practice in person as the spark that got him into the sport. Now over a decade in and playing currently at UC Santa Barbara, Castillo hopes to leave a legacy as the hardest worker in the room.

After his introduction to the sport at a young age, La Quinta’s Castillo started training at Indian Wells, originally as a recreational activity after school and with his friends. However, he started picking up steam as a junior and eventually tennis became more than just a hobby as he began to look at the options available to him. “I never really wanted to go pro,” said Castillo. “It was always a dream. I think it would have been cool. But it wasn’t really like a serious goal of mine.”

Castillo’s success as a junior, and his desire to get a top rate education initially led him to Fresno State for his first year in college. However, in a challenging time for the school and Castillo, the men’s tennis program at Fresno State was cut. Castillo was determined to continue playing in college and connected with the coaches at UC Santa Barbara. “Everything just worked out well with the timing, my grades, and my credits,” explained Castillo. “Transferring was pretty smooth, and Santa Barbara is not a bad place to be obviously. It just made a lot of sense to me.”

Castillo has had success in college, but more than any victory at either of his schools, Castillo appreciates the off-court experiences that he has had. “Meeting new people and being able to travel to places that I usually wouldn’t be able to travel to,” reminisced Castillo. “This year, we went to Hawaii and that was an incredible experience. Being with my teammates, growing together and creating a culture like a family.” Alongside a family environment at UCSB, the team does have ambitious goals, with Castillo maintaining that the team is looking to be more consistently ranked in the top 25. Castillo himself hopes to work his way higher and higher into the singles lineup, and help his team be more dominant on the national scene.

Castillo is majoring in economics and is looking to get a job in that world once he graduates but does hope to keep a connection to tennis. Being a college coach has been on Castillo’s radar after helping out at a tennis camp run by one of his teammates in Santa Barbara. “I really liked seeing people express themselves, being happy and seeing them improve,” said Castillo. With a degree from a top college, as well as experience as a player for a top tennis program, there is nothing stopping him from building a legacy in tennis. “I would be like to be the hardest worker on the court,” rationed Castillo. Not wanting to regret anything about his journey, Castillo hopes to make the most of tennis as he knows that his college career will be over in a flash.

When thinking about how his tennis journey has gone, Castillo gives the credit to his mother, Rosa. “She’s always been very supportive of me my goals,” said Castillo. “Having someone in your life that’s able to support you emotionally, physically, and obviously financially is super important. I’m super grateful for her!” Already having forged a path as a college player, and with a wealth of opportunities in front of him, Castillo is continually creating his legacy and making himself and his mother proud.