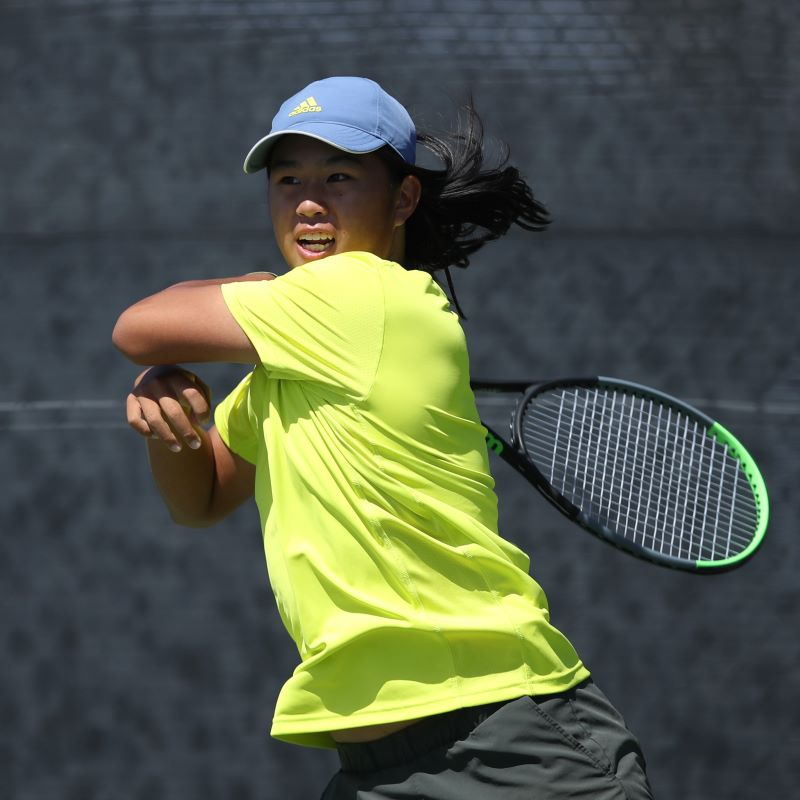 The adidas Easter Bowl concluded on Sunday in San Diego, highlighted by a superb Boys’ 18s final and a strong finish from one of #TeamSoCal’s top prospects.

The prestigious event, moved this year to Barnes Tennis Center in San Diego, featured competition in all junior age levels. Earlier in the week, Iva Jovic of Torrance was the champion in Girls 14s, but the final weekend was reserved for world-ranked players who are about to burst onto the pro and college scene.

In the Boys’ championship match, Florida’s Juncheng Shang defended his position as the top seed, rebounding from a first set tiebreak loss to capture the win over Ethan Quinn (Fresno, Calif.).  The ITF World Junior #4 Shang nearly lost the spotlight to upstart Quinn, who last week won the J1 IOSC on the same court. Quinn started strong in the first set, trading shots with Shang before locking up the tiebreak. In the second, Quinn began to show fatigue and Shang was quick to take advantage. The momentum never changed as Shang – an Easter Bowl champ in 14s two years ago – dominated the remainder of the match over a weary Quinn, finally notching the 6-7(5), 6-1, 6-2 win.

Shang, who earned a wild card entry into last week’s ATP Miami Open, has practiced regularly with established pros like Denis Shapovalov and rising star Sebastian Korda, and the residual effects have been a proven benefit.

“Since I’ve been playing with the pros, I’m learning to defend, and counter-punching,” Shang said after his Easter Bowl win. “So my game has gotten a lot more aggressive.”

As for Quinn, he expects his ascent to continue as both his game and his confidence continue to grow.

“I proved I can compete with anyone on the other side of the court,” Quinn said. “It doesn’t matter what their ranking is. If I play my game, I can beat anyone.”

In the Girls 18s final, Texas’ Liv Hovde finished a sparkling run from the qualifier all the way to the winner’s circle. On Sunday, Hovde lost the first set to #3 seed Elvina Kalieva but managed to secure the second set before cruising to in the third, a 4-6, 7-5, 6-1 victory.

“I won nine matches in nine days total and had to stay super strong,” Hovde said afterwards. “You have to have the right mindset. Just keep staying positive and go match by match.”

Ultimately Hovde relied on her serve to turn the momentum in her favor. “It’s a big part of my game,” she said.

In the Boys’ 16s final, Irvine’s Learner Tien reached the final in San Diego, but the #9 seed Alexander Razeghi (Texas) was too strong in their 7-5, 6-1 championship match. Both entered the event as wild cards.

“It was a good tournament for me and I played well,” said Tien, who trains at USTA Training Center West in Carson. “I’ve really upped my training and it really helped me for this tournament. I tried to treat it like any other match. I had nerves this morning.”

Theadora Rabman, who previously upset the top seed in Girls 16s, went on to win the title over #4 Tatum Evans.