Eric Hahn’s lifelong tennis journey has no end in sight 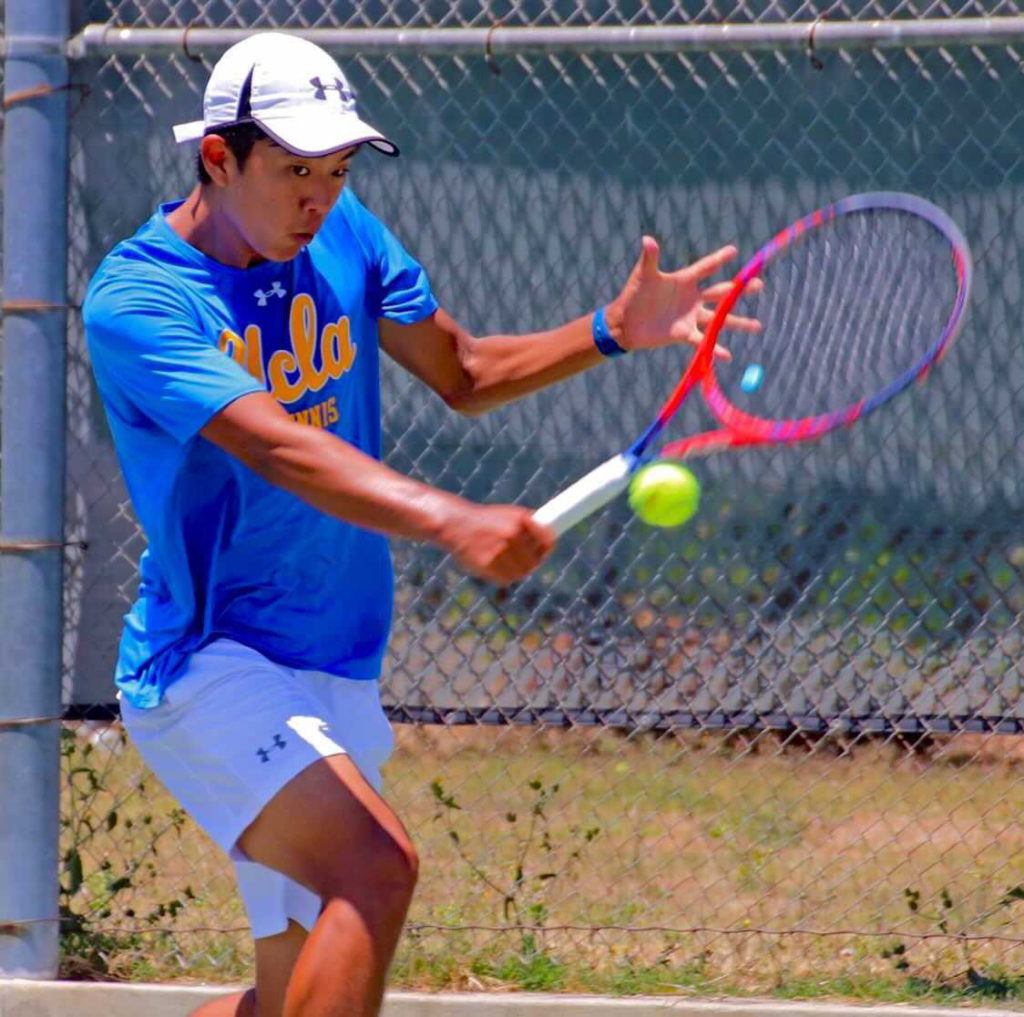 Originally left on the sidelines as his dad and older brother practiced tennis together, seven-year-old Eric Hahn finally asked if he could tag along to practice one day and never looked back. That was when Hahn, now a graduating senior at UCLA, learned to love tennis. “My father was just taking my older brother out to the courts, almost every day, and he would leave me behind because he would think that I was not ready for the sport yet,” explained the Fullerton native. “I was feeling kind of butt-hurt that he was just leaving me behind. So, one day I asked if I could go out to the courts… And I just fell in love with it right there.”

Hahn’s family played a massive role in inspiring his passion for tennis. After his desire to be like his older brother and compete with and alongside him, Eric said it was his father who helped further his career. “My dad gave me a lot of inspiration,” Hahn remembers fondly. “He was really passionate about tennis with me. And I love my dad, so I really wanted it to work out with tennis and make it make it happen. That motivated me a lot more, knowing that my family was supporting me.” He also recounts that even when not at the courts, he was exposed to tennis at home. “On the days that I would stay at home, my mom would put tennis on the TV, showing Nadal, Federer, and Djokovic playing.”

With his whole family behind him, Hahn immediately started playing in tournaments around Southern California, as well as national tournaments, traveling across the country and honing his skills in tennis. Since his start, Hahn always had the dream of playing at UCLA, seeing tennis as a way to compete at the highest level and also earn a first-class education. “I always knew that schools like UCLA, at the top, are out there,” the Bruin said. “I had no doubt that I could make that. Because I was a hard worker, and it just came natural to me.” Hahn feels that over all his years he always had he drive and the enjoyment of the sport to keep pushing him. “There wasn’t a day of practice where I felt like I had to be here. I went to practice every day because I wanted to be there. That’s how passionate I was!”

Aside from his passion, Hahn cited the support and communal nature of the tennis network in Southern California as another boon in his career. “I did not feel any pressure. If anything, the tennis community further motivated me. Going into tennis academy and seeing all my friends around me, there’s some pressure to do well,” he admitted. “But I thought that was encouraging for me.” With all this motivation, it seems like a no-brainer in hindsight that Hahn fulfilled his dream and made it to UCLA, and having a successful career, including a PAC-12 Championship in his first year in college.

Four years into living his dream of playing college tennis at UCLA, Hahn looks ahead to life both on and off the court. The graduating Economics major has a plethora of career options in front of him but is also determined to keep playing tennis, nothing that “my plans are to continue playing tennis, but more on the recreational side. I’m planning to play some tournaments like men’s opens but I’m going to be focusing on my future career.”

After pushing his dad to let him tag along and achieving his decade long dream of playing at UCLA, it’s clear that Eric Hahn’s fascination with tennis has no end in sight.