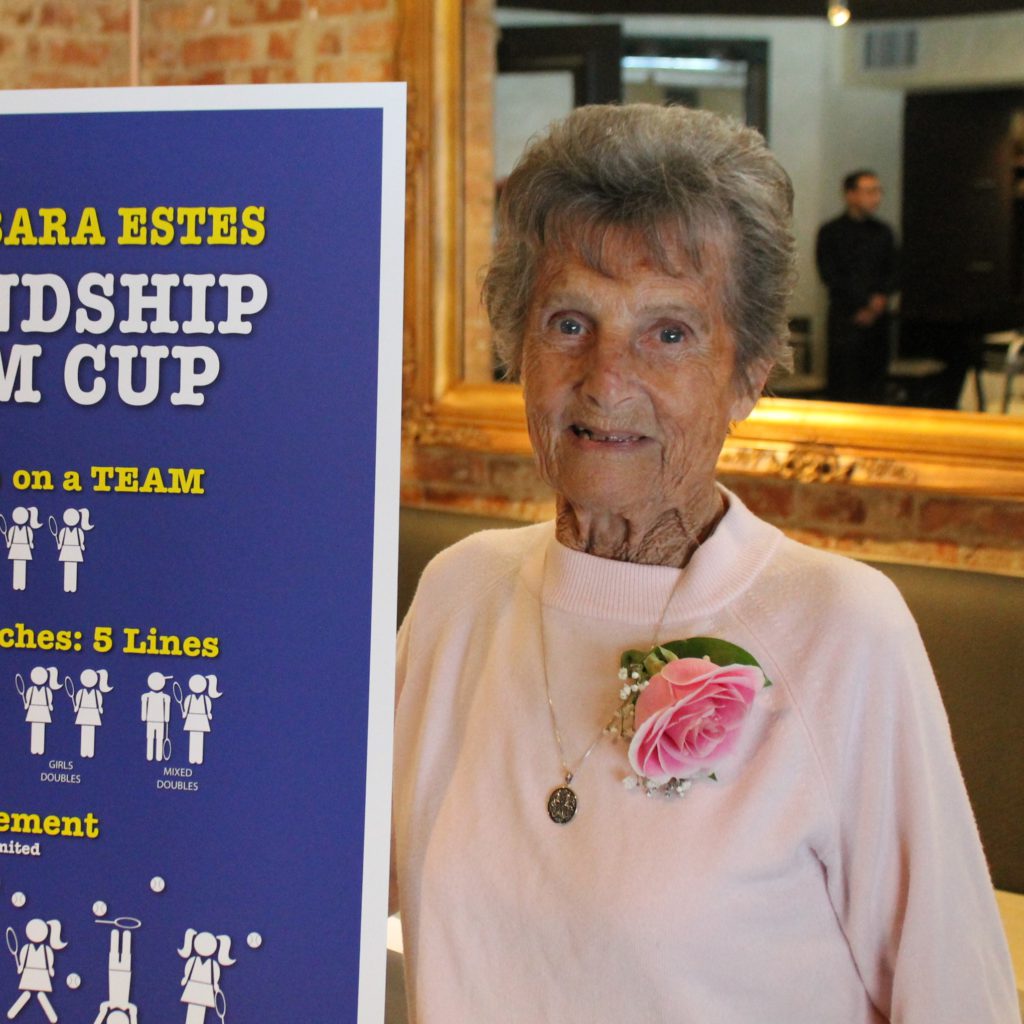 This weekend’s Friendship Cup team tournament is unlike any other on the Southern California schedule. The event allows players in 16s and 18s divisions to create their own mixed team roster and enter the one-day competition featuring gendered singles and mixed doubles play. It’s a rare opportunity for the juniors to select and field their own team, and a perfect lead-in to the upcoming Junior Sectionals event.

Having been introduced in 2018, the tournament like many others was not held in 2020 but returns to the USTA SoCal schedule on Saturday (16s) and Sunday (18s) at Nellie Gail Ranch Tennis Club. The event is named after former USTA staffer Barbara Estes, a fixture at junior tournament desks over a span of three decades dating back to the 1980s. She began in 1982 as a volunteer at the Pacific Southwest Tennis Championships in Los Angeles, and then joined the SoCal staff in 1985.

Estes retired in 2019 and passed away later that year. She described herself as a “pretty decent park player” who took lessons at Van Nuys Sherman Oaks Park, traversing the coast to compete in and help organize local tennis tournaments. She also helped spearhead an annual fundraiser to support the UCLA Children’s Cancer Center when the son of a tennis friend was stricken with leukemia. The “P.A.L.” charity event (“Parents Against Leukemia”) has raised over a million dollars through their annual luncheon and variety show, in which Ms. Estes was a member of the choral group.

“Barbara was a wealth of experience and information,” said Trevor Kronemann, Director of Junior Tennis at USTA Southern California. “She operated with a no nonsense approach, and was quick to pass on her tennis knowledge to colleagues old and new. Most importantly, she was dedicated to playing an essential role in developing tennis opportunities for young players. We are indebted to Barbara for over thirty years of service, and she will be greatly missed.”