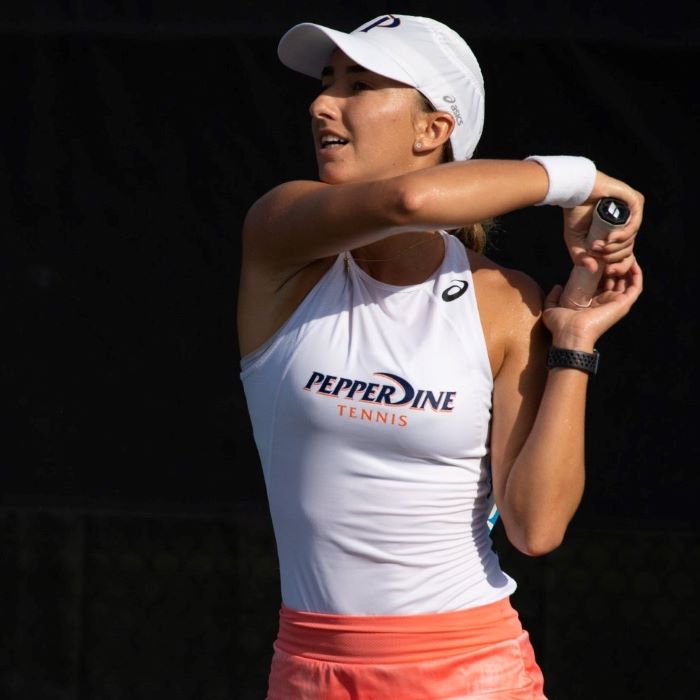 A Wave crashed into College Station this weekend at the ITA/UTR National Summer Championships.

Failla, from Ramona, Calif., was nearly uncompromised in the 6-2, 6-1 victory. She dropped only one set throughout the entire event, a 32-player draw that began on Saturday. Failla began her college career at the University of Southern California, logging a 44-20 singles record in two seasons before premiering with the Waves as a redshirt junior in 2017. She was ranked #35 in singles at the close of the shortened 2019-2020 season.

Colling, from San Diego, is a sophomore at USD. Prior to Tuesday’s final, Colling had dropped only two sets en route to the meeting with Failla, including a semifinal upset of higher-rated Adriana Reami of North Carolina State. In 2019, Colling was only the sixth Torero in school history to achieve All-American honors and was named as part of the USTA Southern California All-SoCal College Team.

On the Men’s side, University of Washington’s Jake Pulliam (Manhattan Beach) reached the Round of 16. Hady Habib, the men’s champion on Tuesday, won the title on his home court. Habib is a junior at Texas A&M.

The ITA Circuit continues with tournaments across the country this fall, beginning in September.