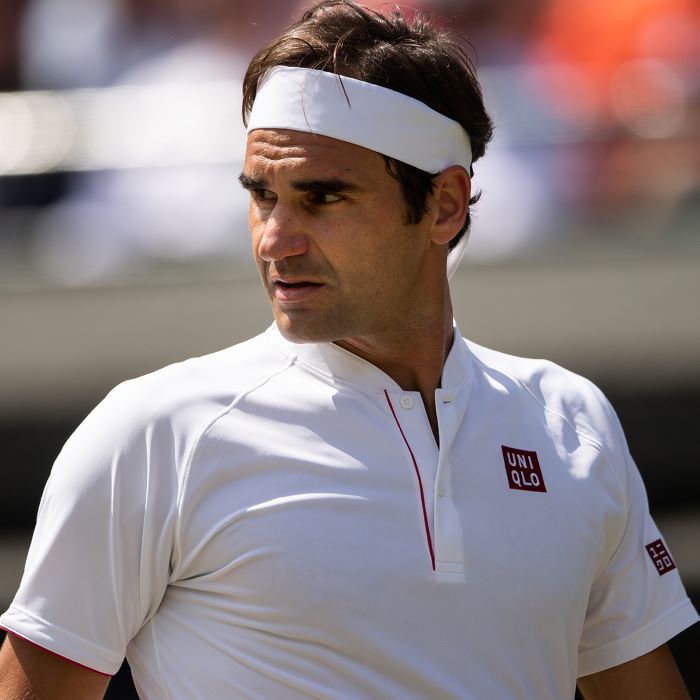 Tennis fans awaiting the return of Roger Federer in 2020 were stunned to hear the 20-time Grand Slam champion announce he will not compete for the remainder of the year. Federer released a heartfelt statement via his Twitter account on Wednesday, indicating he’s undergone a “quick arthroscopic procedure” as a follow-up to his February knee surgery.

“Much like I did leading up the 2017 season, I plan to take the necessary time to be 100% ready to play at my highest level,” the 38-year old said. “I will be missing my fans and the tour dearly but, I will look forward to seeing everyone back on tour at the start of the 2021 season.”

Federer had expected to miss the original French Open dates beginning in May, and it was previously unclear if he would return for the US Open and rescheduled French this fall.

The all-time leader in men’s Grand Slam titles, Federer will be unable to defend the throne against Rafael Nadal, who could tie Federer with two dozen majors at the US Open. That would lead into Roland Garros, and the opportunity for Nadal to capture the top spot on his most dominant surface.

Nadal is the defending champion in New York and Paris.

Even more intriguing, the same result could be true on the Women’s side. Serena Williams trails Margaret Court by one trophy in all-time Grand Slam titles won. A penultimate win at the US Open would tie Williams and Court with 24 majors, making for a raucous and historic French Open in late September.

Despite the lengthy layoff that began in March due to COVID-19, fans may be on the verge of witnessing one of the most monumental seasons in tennis history.

Beginning June 22, USTA Southern California will present the Ultimate Open Era Grand Slam, a virtual tournament pitting the top Grand Slam champions of all time against each other in 32-player draws. Follow along with USTA SoCal’s SCOTT LIPSKY, Hall of Fame great PAM SHRIVER, and legendary NCAA coach PETER SMITH as the panel breaks down each match-up. Generations will clash, old rivalries will be renewed, and only one player will emerge among the top men and women in tennis history. Visit USTAsocal.com later this month to see the brackets and pick your winner of the Ultimate Open Era Grand Slam.