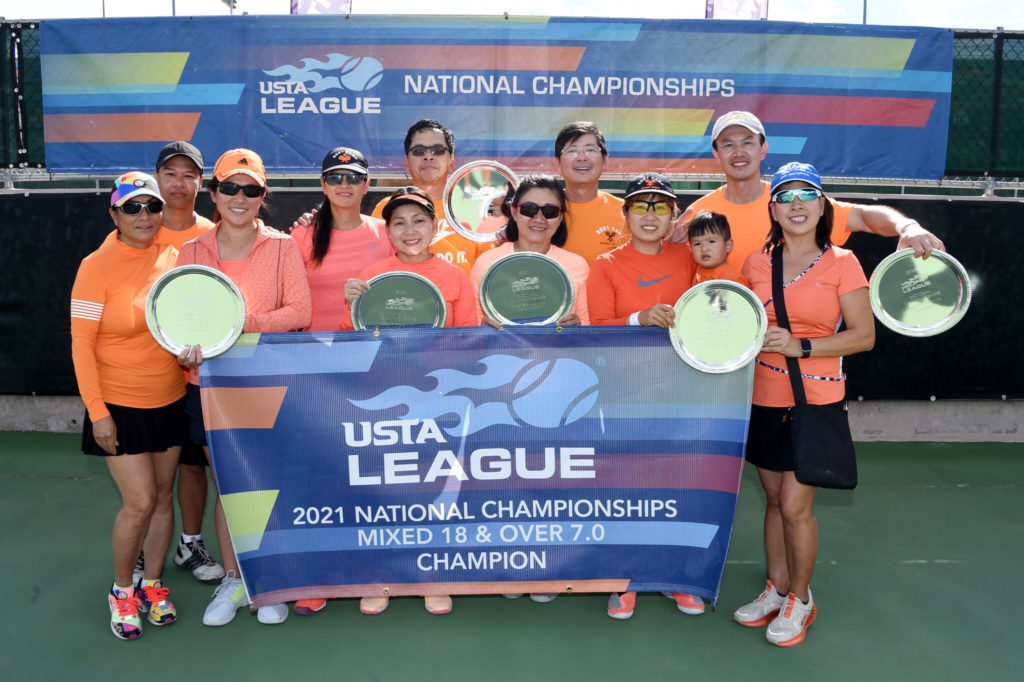 Another week, another adult league champion! USTA Southern California’s 18 & Over 7.0 Mixed team—based out of Fountain Valley—claimed victory in their division at the 2021 USTA League National Championships, held November 5-7 at the Surprise Tennis & Racquet Complex in Surprise, Arizona. This is the fourth national title in as many weeks for a Southern California team at the event, coming just seven days after the section’s 55 & Over 9.0 Men’s team from Laguna Hills and the Women’s 55 & Over 6.0 team from Bakersfield brought home the top trophies from Orlando, Florida.

Established in 1980, USTA League has grown from 13,000 players in a few parts of the country in its first year to more than 300,000 players across the nation today, making it the world’s largest recreational tennis league.

USTA League was established to provide adult recreational tennis players throughout the country with the opportunity to compete against players of similar ability levels.  Players participate on teams in a league format, which is administered by the USTA through its 17 sections. The league groups players by using six National Tennis Rating Program (NTRP) levels, ranging from 2.5 (entry) to 5.0 (advanced). USTA League is open to any USTA member 18 years of age or older.