Galindo sisters on a crash course? Siblings in the hunt at this week's Final 8 Masters - USTA Southern California
Junior News

Galindo sisters on a crash course? Siblings in the hunt at this week’s Final 8 Masters 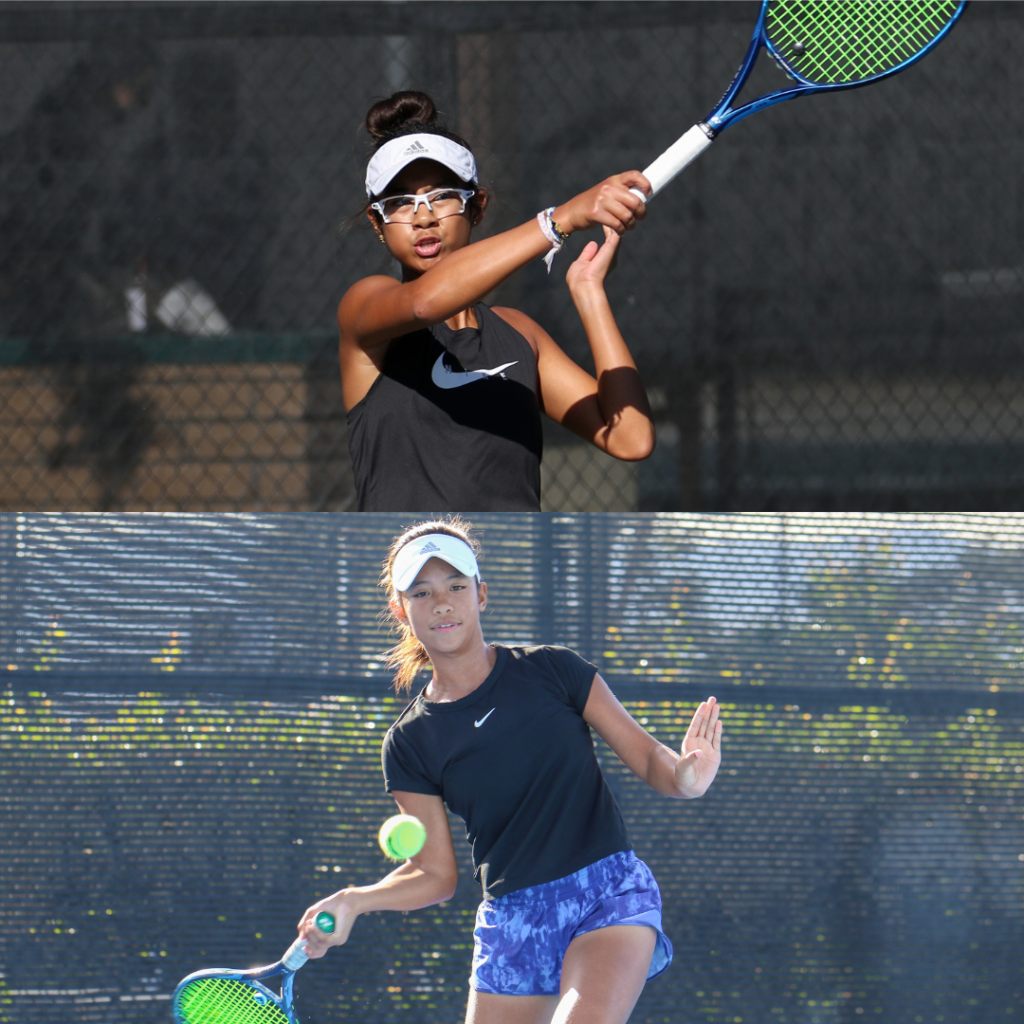 This weekend in Rancho Mirage, 64 top juniors will descend upon the desert at the USTA SoCal + Universal Tennis Final 8 Junior Masters, a two-day event featuring many top Grand Prix and UTR competitors vying for the year-end championship. But for sisters Johanna and Julianna Galindo, this is more than a tournament – it’s a family affair.

Johanna (16) and Julianna (15) have been playing tennis since they were four years old, citing their father as the person who introduced them to tennis. “We loved it! Ever since we were young,” said Johanna. The two noted that since they were kids, they have always heard comparisons to another set of tennis playing sisters from SoCal. “When people know that we play tennis, they say, ‘You guys will be the next Williams sisters.’” Despite the comparisons to two of the greatest of all time, the two laugh it off, instead using the likeness to encourage them.

The sisters agreed that Johanna is more like Serena. “She’s more like a tiger on the court,” Julianna said of her sister. “She’s more energetic and aggressive. I’m kind of like Venus. More calm.” But even if the sisters were quick to agree on which of the famous siblings they most reflect, neither could find middle ground on who they think will win the Final 8 Junior Masters – both sisters will compete in the Girls 16s division in the desert. Based on the round-ronin pool play that begins the tournament, they may not meet at all. But just as likely – a match to decide who moves on, or even bigger, who win the trophy.

Still, both are encouraging toward the other, and each hopes to see the other in the weekend’s championship final. But what if it comes down to Galindo vs. Galindo? In that scenario, the sisters find solace in the fact that their parents would be happy no matter the victor. “They don’t care who wins and loses,” said Johanna. “As long as we both work hard and put a lot of effort on the court, they’re always there to support us.”

Johanna and Julianna play both singles and doubles, but interestingly, this is where their clash begins as the two rarely play doubles with each other as partners. “I’m a pretty energetic and competitive person on the court,” explained Johanna, who rationed that her passionate personality does not mesh well with Julianna. “My sister doesn’t like when I get mad at her,” she laughed.

Despite not having the competitive relationship to play doubles together, the two are able to train together and have done so since they started playing tennis. Funnily enough, the two also think that they are more amicable to each other on opposite sides of the court than on the same side. “We just pretend that we’re not sisters on the court and give each other a good match,” said Julianna. “We leave it on the court, and I hope my sister does her best.”

For more information on Final 8, visit the tournament page.