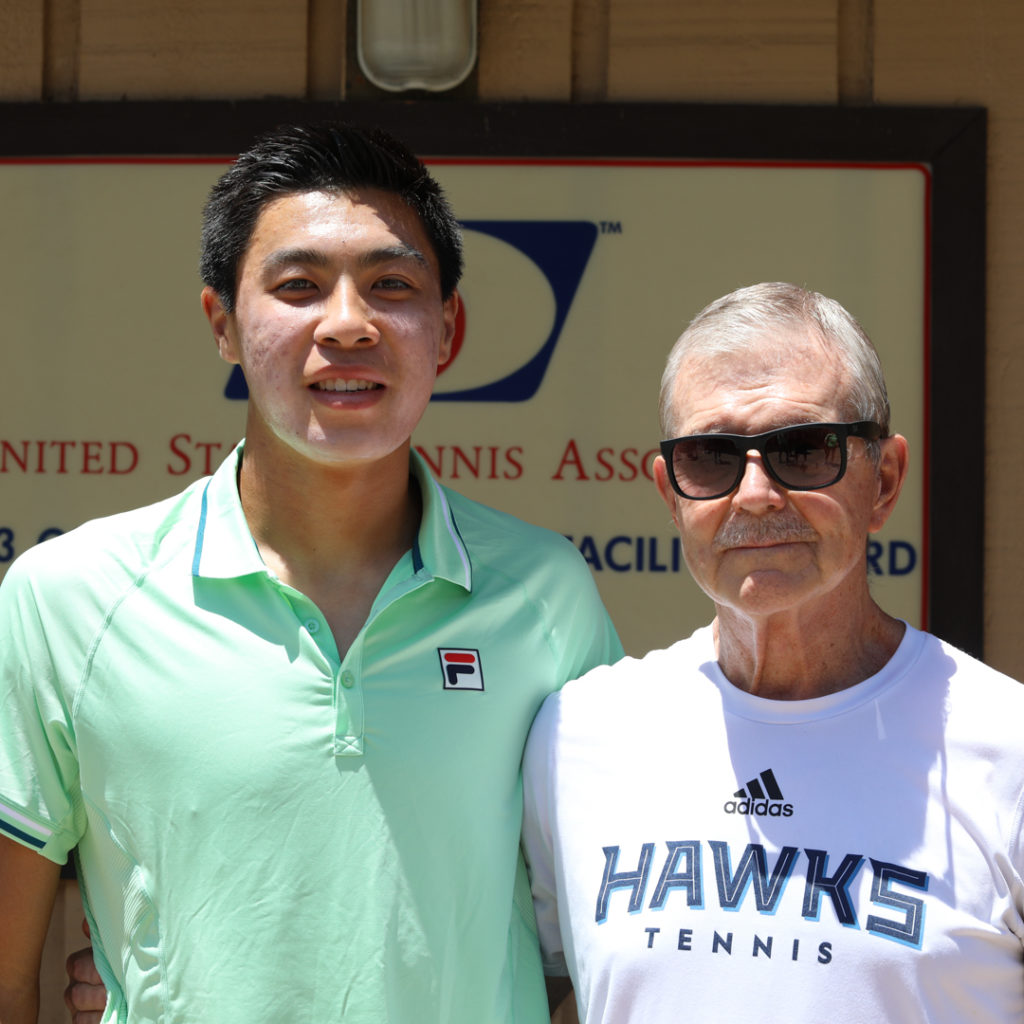 A Division 1 tennis standout from the University of the Incarnate Word in San Antonio, 20-year-old Ivan Smith was 6-3 in singles along with posting 14 wins in doubles action while earning all-conference first team honors in his junior year. Smith was poised to close out another excellent season when his vehicle was struck as the San Diego native was headed to the Cardinals’ team practice, leaving Smith fighting not for tennis accolades, but instead fighting for his life.

On the west coast, his father Gary – the Club President at Balboa Tennis Club in San Diego – was hitting on court when he noticed a call from Ivan’s college coach. In game mode, he continued playing until his phone continued to ring. Eventually, he received the dreaded news. Then, as word spread, the SoCal tennis community began to lend its support in any and every way possible.

A GoFundMe page created to support his recovery – one that was raised over $100k to date – described the devastating extent of his injuries. Sixteen screws to rebuild his spine. Broken ribs that punctured his lungs. Both clavicle bones broken. Spinal cord injuries. Collectively, the trauma has left Smith immobile below the waist.

Talking to his father, Gary, Ivan Smith unquestionably has a long road to climb. It’s a dauting journey, but one that Gary knows his son can travel. “He’s going to reach for success,” Gary said of Ivan. “I think that other students, children, even adults… You always have to have hope. We have a lot of hope for Ivan.”

In early stages of recovery, Ivan suffered a lung infection so serious that doctors feared the infection would be fatal. “There were a couple times when he wasn’t going to live,” Gary recalls. “But a miracle happened. Doctors were shocked by it. The infection (was) leaving, and that was totally unexpected. In my opinion, he’s back to his body healing, instead of just trying to survive.”

The family’s attention turns now to clinical trials, in hopes of finding the right combination of medicine, technology, and perhaps a little bit of welcome luck along the way.

“It’s in the infancy stage right now,” Gary Smith says of the trials. “But I think there are possibilities. Ivan is going to be able to walk someday. That’s my feeling.”

He is not alone in his optimism. Speaking to ATP Tour star Brandon Nakashima (who grew up playing alongside Smith), the fellow San Diegan offered an outlook of encouragement.

“He’s been a good friend of mine,” Nakashima said of Smith. “We used to compete with each other, practice with each other. We kind of went our separate directions a little bit (for college), but we’ve stayed in touch over the years. It’s a tough situation right now. It’s very sad, but we’re just trying to do everything we can to help him out and hopefully have him recover from this.”

To offer support through GoFundMe or to follow the family’s reports on Ivan’s ongoing progress, visit the GoFundMe page.