Girls Nats: Brantmeier returns to her adopted stomping ground as 18s kick off in San Diego 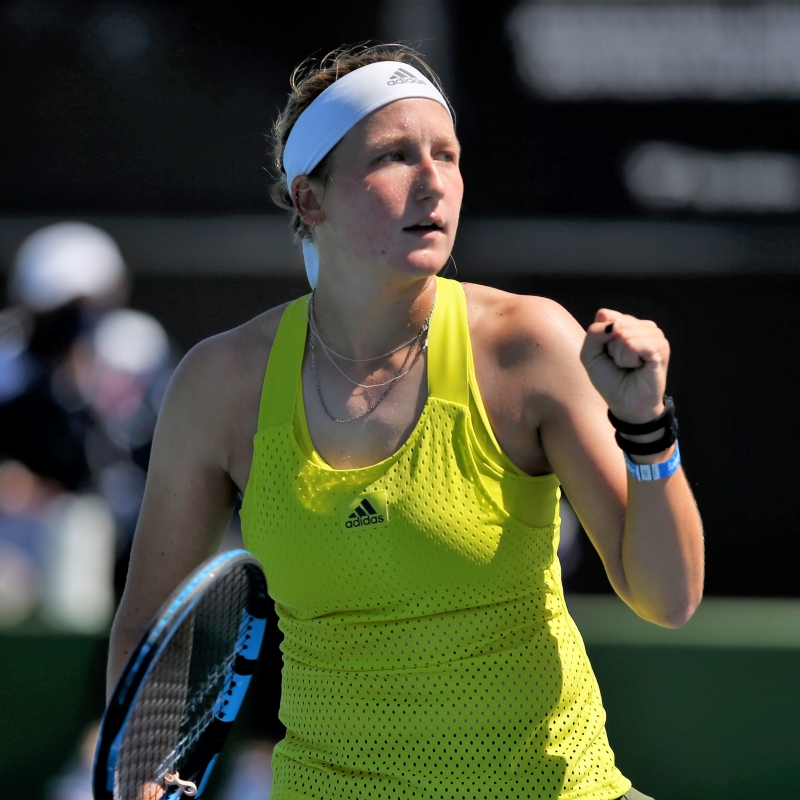 The 16-year-old Brantmeier from a small town in Wisconsin called Whitewater is among the nation’s elite at her age but entering the nation’s top girls’ event on the junior calendar she knows she’s not among the favorites in terms of seeding coming in at No. 7.

The last time this tournament was held in 2019, Brantmeier was a little-known 14-year-old who went on to win the 16s Nationals and earn a wild card into qualifying at her first Junior US Open.

“Most, if not all, are playing,” Brantmeier said earlier this week of her rivals as she prepared to leave her Florida training grounds and head to Torrance for one week of workouts with her best friend and doubles partner Kimmi Hance. “It’s because the wild card for the US Open is at stake for the winner. Everyone wants the shot at the wild card.”

“I always love playing in San Diego and this is such a great opportunity for me,” Brantmeier said. “There is something about San Diego I love. The weather is amazing and not so humid like I’m used to in Orlando.”

Just another reason why Brantmeier chose the extended stay to spend time with Hance, who she has teamed with to win two major doubles titles in the past nine months: The Orange Bowl in December and the IOSC at Barnes in March.

About six weeks later, Brantmeier headed to Paris for her first French Open followed by her first Wimbledon where she and Kalieva advanced to the third round in singles losing to the top seed in three sets and advancing to the semifinals in doubles.

“It was amazing,” said Brantmeier, who turns 17 in October. “If I could rank any tournament I would ever want to play it would be first on the list. My game is really suited to the grass.”

In Florida, Brantmeier is coached by Jarmere Jenkins, the former hitting coach of Serena Williams. “He has a lot of experience,” she said. “He’s definitely very humble and doesn’t talk a lot about the players he’s coached.”

Being from a small Midwestern town of 750 like Whitewater, Brantmeier said she has gotten used to reporters asking her about her upbringing. “Yeah, I mean it’s just so normal for me now,” she said. “A lot of people are shocked when they find out I’m from Wisconsin.”

Being forced to play indoors for nine months of the year growing up helped Brantmeier develop an aggressive game that she favors. “The courts are always so fast indoors,” she said. “I played up a lot growing up in older age groups. I really had to get the first punch or I was on defense the whole time. Courts weren’t always available, so I was always appreciative of all the court time I did get.”