IOSC: Hard to predict winners in much anticipated singles finals 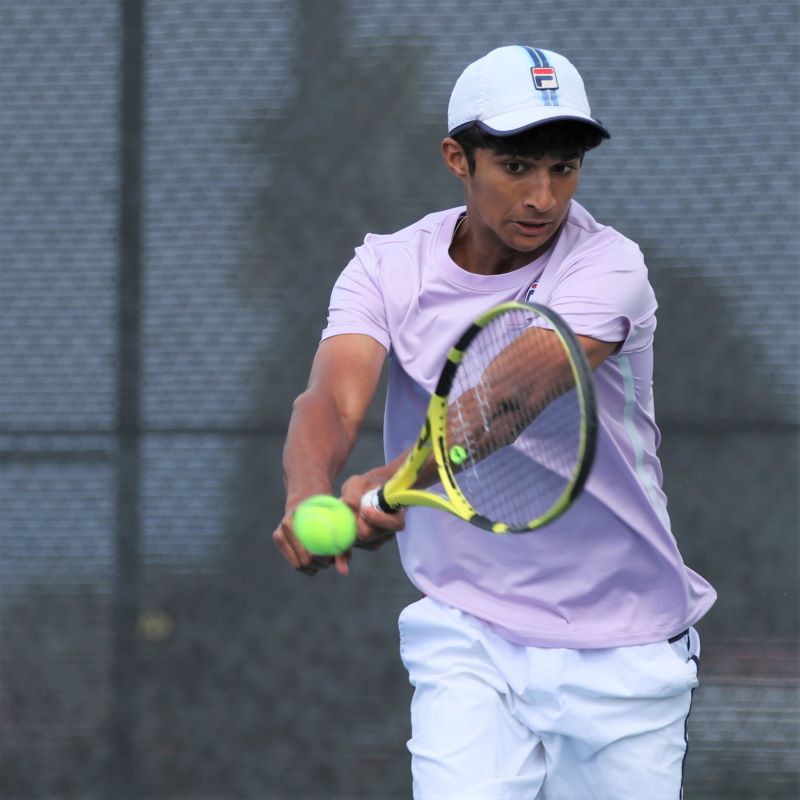 Look ahead at Saturday’s finals, and you’ll find four very different players taking very different routes to the finals of the International Open of Southern California. The champions will be crowned on Saturday as the culmination of an amazing week of junior competition.

Samir Banerjee (Basking Ridge, NJ). Banerjee has been challenged in this tournament, coming through the middle of the draw and escaping two three-setters, the first a come-from-behind win against Cooper Williams and then opposite Ryan Colby in the Round of 16. Facing Jack Anthrop in the quarters, Banerjee benefited from Anthrop’s retirement to advance. His biggest test changed the course of the tournament, when Banerjee ousted top seed Bruno Kuzuhara in three sets to reach the final. His shotmaking was exceptional in the semifinal, and if that’s a sign of things to come, Saturday can’t come fast enough for Samir Banerjee.

Ethan Quinn (Fresno, Calif.). Quinn is playing his first ITF Level 1 event, and has been nothing less than spectacular in the process. A finalist in doubles, Quinn has simultaneously played spoiler in the main singles draw. He’s defeated the #9 seed, the #2 seed, and after Alex Michelson dispatched #5 Aidan Mayo, Quinn eliminated Michelson. A win against Banerjee would be a tall order, but that’s been Quinn’s M.O. all week. Is there another upset brewing?

Alexandra Yepifanova (Lake Worth, Fla.). What else can be said about top seed Yepifanova? She has been noticeably dominant throughout the tournament, playing refined tennis that often comes from someone with years more experience. The nation’s top recruit and future Stanford Cardinal has combined consistency with power, a lethal combination for anyone in her path. In her opening match in round two, Yepifanova admittedly lost focus and dropped her only set of the tournament so far. Since then, she handled talented Karsyn Evans with unimaginable ease, sweeping twelve straight games to reach the quarters. She hasn’t looked back since, and it will take a monumental effort to derail her momentum.

Reese Brantmeier (Whitewater, Wisc.). There’s something about Reese and San Diego. The 2019 USTA Girls 16s National champion, she won that title right here at Barnes Tennis Center. Now making her return, she’s picked up right where she left off. For starters, she and teammate Kimmi Hance captured the doubles crown on Friday. That was a couple hours after she advanced to the final of the singles draw in a see-saw match during which she looked both unstoppable and unhinged. Still, the combination works for Brantmeier, who finds herself back on stadium court in San Diego seeking another big milestone. She can’t afford to lose focus for one instant in Saturday’s final – but then again, for Brantmeier, it’s not over ‘til it’s over.

For updates and results, follow @USTAsocal on social media.