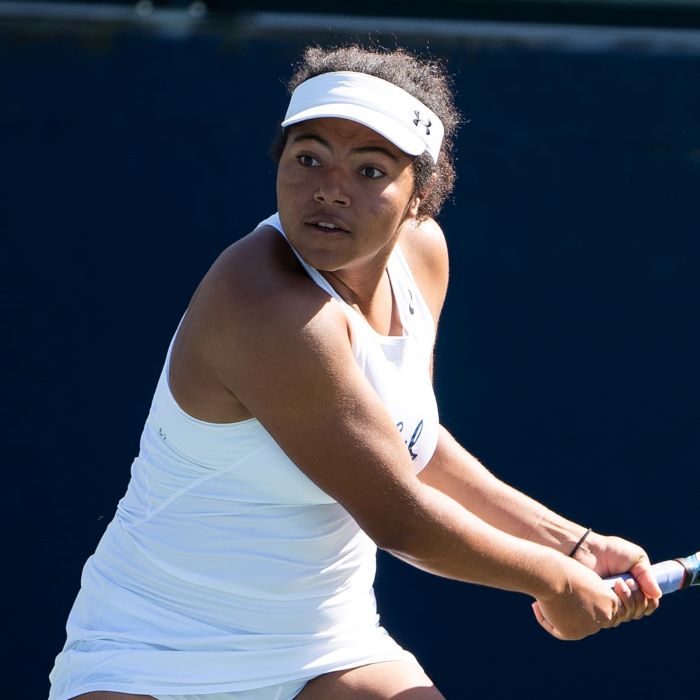 When the acceptance list for this weekend’s Oracle ITA Masters was released on Monday, the roster of names read like a who’s who of Southern California collegiate tennis. The tournament, which begins on Friday at Barnes Tennis Center in San Diego, features countless homegrown athletes who exceled in SoCal junior competition before moving on to college teams across the nation.

The women’s field of 32 is stacked with familiar faces, and no school is better represented than Pepperdine. Perennial favorite Ashley Lahey leads the charge alongside Jessica Failla and Texas transfer Alexa Ryngler. Lahey was the ITA Senior Player of the Year in 2020. She will return to the Waves for a fifth year beginning this fall.

The USC Trojans will be represented by Eryn Cayetano and Angela Kulikov, along with recent grad Becca Weissmann. Kulikov was the ITA’s Most Improved Senior last season and will return for a fifth season this fall.

Haley Giavara posted a 19-7 singles record in her freshman year with Cal and will be among this weekend’s favorites, in addition to local favorites Camille Kiss (UCSB) and Elizabeth Goldsmith (USD).

The ITA Masters also features high level juniors in the draw, and Southern California boasts some of the best. The champion in Newport Beach last weekend, Maxi Duncan comes to San Diego with a winning streak. She’s won nine consecutive matches and two straight tournaments, with notable wins over Kiss, Katie Codd, and Leyden Games. All four women will compete this weekend at Barnes.

On the men’s side, USC grad and newly minted pro Brandon Holt headlines the draw along with another former Trojan, Raymond Sarmiento. Sarmiento looks to salvage what was a very promising season, which began in January with convincing wins over established ATP players Mackenzie McDonald and JC Aragone.

The 2020 ITA champion USC Trojans dominate the draw. In addition to Holt, Riley Smith, Bradley Frye, and Jake Sands are in the mix, along with recent grad Logan Smith. From the other side of town, the Bruins send Keegan Smith and Govind Nanda from UCLA.

Loyola Marymount’s Diego Nava is joined by Coronado’s Ryan Seggerman, who returns from Princeton this weekend.

USTA Southern California is a participating sponsor of the event and will provide coverage throughout the weekend on social media platforms and at USTAsocal.com.