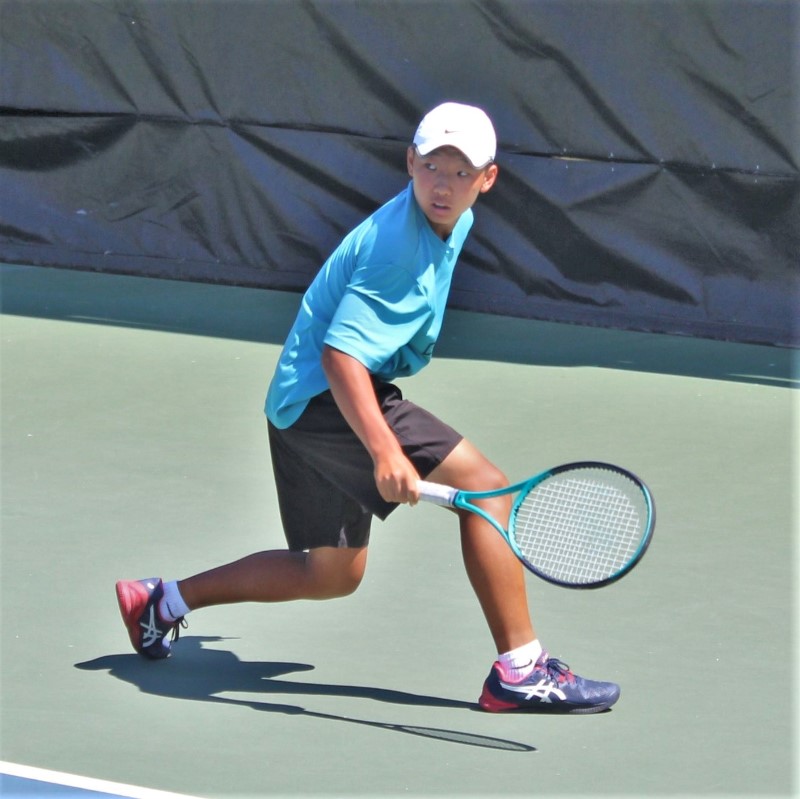 Champions have been crowned at the USTA Junior National L2 tournament held in various locations across Southern California this weekend, and the players of #TeamSoCal have again lived up to their stellar reputation.

In Boys 18s, top seed Alex Michelsen of Aliso Niguel built upon his victory at Junior Sectionals by holding off a late push from Nedim Suko of Washington, winning in straight sets 6-4, 7-6(4). Only a sophomore, Michelsen is seeing interest from some of the nation’s best college programs. He has now won four of his last five (and 5 of his last 8) tournaments.

In the Girls 18s final, Sectional finalist and reigning Woody Hunt champ Isabella Chhiv needed three sets to secure her win over Newbury Park’s Emma Sun. The #6 seed, also a sophomore, earned the win with a 3-6, 6-3, 6-4 performance in the final.

In Girls 16s, top seed Emily Deming faced off with Laguna Beach’s Jessica MacCallum in a rematch of their Sectionals final last year. Fallbrook’s Deming continued her strong play this week by dispatching her familiar adversary in routine fashion, 6-2, 6-2.

Advik Mareedu of Yorba Linda had previously upset the top seed in Boys 16s, but met a roadblock in met Las Vegas’ Emon van Loben Sels, the #8 seed, who impressed with a 6-0, 6-1 victory in the final.

The top two seeds met in both 14s finals, but only one emerged victorious. Iva Jovic cruised in her final opposite Rachel Lee of San Diego, posting a 6-3, 6-2 win on Monday. Jovic, of Torrance, was also a finalist at Junior Sectionals last fall. Top seeded Mario Garcia of Chula Vista hoped to defend his top seeding in the Boys draw, but Garcia was forced to retire while trailing in the second set to #2 Nathaniel Suh (pictured) of Orange. Suh won the first set 6-4, and led by a 4-1 tally in the second before Garcia bowed out.

In Boys 12s, the top four seeds advanced to the semifinals, producing #1 Liam Alvarez of Long Beach and Laguna Niguel’s Justin Riley Anson, the #2 seed, in the final match. The two traded sets before Alvarez tallied the deciding set up a break, closing a 5-7, 6-2, 6-4 victory.

In the Girls 12s finale, #3 Sydney Barnhart of Ladera Ranch met Cupertino’s Zoe Laruelle. After notching the first set Barnhart, who won the Newport ITA in November, barnstormed the second for a 6-4, 6-0 win to end the tournament.

The final rounds at Nationals in SoCal are coming together ahead of Monday’s big finish. Boys 18s will feature a defending Sectionals champion as top seed Alex Michelsen advanced from a tight third set win over Rithvik Krisna in the semifinal. At the other end, Nedim Suko has emerged from a flurry of upsets – including a win over #3 Masato Perera – to reach Monday’s championship. He controlled his semi opposite Noah Zamora to reach the final with a straight set win.

In Girls 18s, #3 Katie Codd had to retire from the second set of her semifinal, paving the way for Emma Sun to advance. Sun had previously ousted the #8 seed to remain in the hunt, and she’ll now oppose #6 Isabella Chhiv. Chhiv was a finalist at Junior Sectionals, and played excellent tennis in the semis to move past #5 Tsehay Driscoll.

In Boys 16s, the entire draw has been flipped over and over, with top seeded Rocco Mendez falling to Advik Mareedu of Yorba Linda in the second round. Mareedu advanced to the final with a win over Zhengqing Ji, who had previously upset the #7 seed. At the other end of the draw, Ivan Savkin of Carlsbad had gone the distance in every one of his three matches before coming up against #8 Emon van Loben Sels, who will meet Mareedu in the finale.

In Girls 16s, Emily Deming has yet to drop a set in reaching Monday’s final. She’ll face off with #6 Jessica MacCallum, who eliminated the second seed Michela Moore in the quarters. Deming and MacCallum met in the Junior Sectionals final late last year, with Deming earning the straight set win.

Nathaniel Suh has reached the final in Boys 14s. The #2 seed overcame a sluggish start in the semis to advance to Monday’s final. Top seed Mario Garcia will need to maneuver past Cayden Wang late Sunday to reach the finale. In Girl’s 14s, top seed Iva Jovic will play for the title on Monday, opposite either #2 seeded Rachel Lee or Makeilah Nepomuceno, who upended the #4 seed in the first round.

The Boys 12s semifinals, upcoming on Sunday evening, feature the top four seeds including #1 Liam Alvarez and #3 Vihaan Reddy, plus #2 Justin Riley Anson opposite #4 Kai Abarca. In the Girls 12s, #3 Sydney Barnhart was dominant in her semifinal and advanced with ease, while the top of the bracket is alive with unseeded players Kara Garcia and Zoe Laruelle in the second semifinal, now underway.

Look for results from the National L2 beginning Monday afternoon from Newport, San Diego, and Irvine.

In Saturday action at the National L2s in Southern California, #TeamSoCal has notched some impressive upsets while most top seeds have advanced to late Saturday and Sunday action.

In Girls 18s, top seed Emily Flowers is eliminated by Ladera Ranch’s Bianca Molnar in straight sets, 6-4, 6-2. Molnar did not take a lengthy hiatus in 2020 as many players did – she’s played 15 tournaments since last August, and the consistency has helped her game entering the new calendar year. Her opening round win set the stage for #2 Kaia Wolfe to take control of the draw, but she also fell in the first round to San Diego’s Asha Gidwani, 6-2, 6-4.

Boys and Girls 12s are just underway and will play under the lights at Barnes Tennis Center in San Diego tonight.

National Junior Level 2 competition comes to Southern California this weekend, played across Orange County and featuring exceptional young players from SoCal and across the nation. Beginning Saturday thru Monday, the action will take place in Irvine, Newport Beach, and San Diego.

Emily Deming, a champion at last year’s Sectionals, is the top seed in Girls 16s at Newport Beach. Her Sectional finals opponent Jessica MacCallum is also in the mix, as well as San Diego eighth-grader Alyssa Ahn and War by the Shore winner Daniela Borruel.

In Boys 16s, Nevada’s Rocco Mendez is the top seed, but Long Beach’s Lucas Coriaty is playing well after an 18s final last month in Phoenix, as is hometown favorite Perry DiGiulio. Last year’s Sectional 14s winner Mason Bui and War by the Shore victor Steve Nguyen are also in the draw.

Top seed Liam Alvarez is the defending champ at Harper Ink and Woody Hunt, and he’s coming off a win in NorCal in January. He’ll be chased by Justin Riley Anson, Kai Abarca, Ethan John, and Andrew Johnson among those competing in Boys 12s. Kohana Darroch is the top seed in Girls 12s at San Diego, ahead of Newport ITA winner Sydney Barnhart and Woody Hunt finalist Julia Seversen.