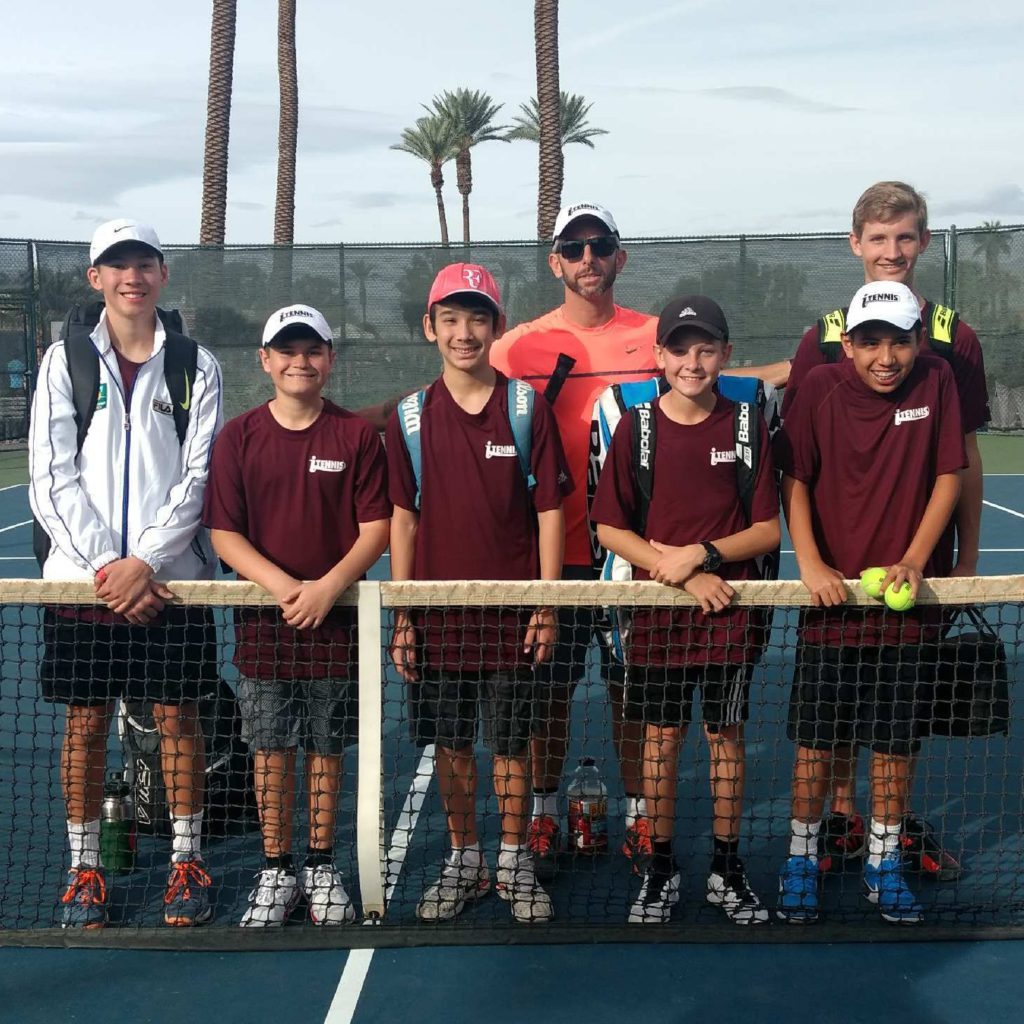 Tennis has long been viewed as a battle between two gladiators, each resigned to one side of the net with nothing more than the contents of their tennis bag to get them through a match. There is no coach documenting a game plan during changeovers, no locker room pep talks from the captain, and certainly no one else to carry the load if things go awry.

But in recent years, the concept of team tennis has been vital to the growth and success of the sport. It’s become a shared experience – collegiate athletics, Davis and Fed Cup at the pro level, USTA Leagues, exhibitions like the Laver Cup, and the continuation of World TeamTennis each summer.

At the local level, tennis offers young players an opportunity to evolve their game among friends and contemporaries through Junior Team Tennis (JTT), which begins its new season in Southern California during the week of September 25.

This fall, there will be one team missing – at least, partially. They’d been together for at least six years, some even earlier than that, and their final foray at the Spring Championships proved to be their crowning achievement.

The team of six young men from iTennis Andulka in Riverside began playing together around 2015, often advancing well into the seasonal championships final rounds before ultimately falling short with second and third place finishes. Last spring, the team knew it was their last hurrah. Three of the guys would age out of the program and leave for college. They had one more shot to claim the first place trophy, and the climb would be harder than they expected.

“It’s hard to remember that far back,” recalls Evan Parry, the team’s longtime coach and mentor. “But I do remember finishing second or third multiple years in a row, which was a tough pill to swallow. But this group is so resilient that I always thought the potential was there to win it all. It really wasn’t anything I did, but each player committing to getting better each season. Yes, we were all aware that this would be our last shot at a team title with the same six players.”

The roster had all of the right ingredients – Maurice, the high energy motivator; Roark, the cerebral doubles specialist; Owen, the level-headed example of sportsmanship; Austin, the exceptional player who invested as much in his teammates’ victories as in his own; Ethan, and his no-quit attitude; and R.J., the people-person they call Mr. Chill.

“While each player has improved their overall tennis game,” Parry says, “all of them have matured off the court in so many ways. Whether serving as the captain of their high school team, teaching tennis to younger kids, or excelling in the classroom, each boy has grown tremendously over the years I’ve known them.”

Parry notes that is was easy to keep the team together, as the squad became a unity of players, coaches, and parents over half a decade. But during their final season leading to their final Championship run, the team was dealt an unexpected loss, but not on the court. During the pandemic, a player’s father was stricken with COVID and succumbed to the virus. It was a devastating blow to the team, yet concurrently an example of the bond these players had formed over the years.

“It was so tragic and unexpected,” Parry remembers, “but he is a tough kid and very mature. The best way we felt we could best support him was to give him space and just let him know that we’re here for him.”

Perhaps the second best way to support their teammate was to transfer those emotions onto the tennis court, and little did they know that when they arrived at the 2021 JTT Spring Championships, their six-year journey together was due for a magical finish.

“We were up five games before playing the last team in our group, and they beat us in both doubles lines, so both singles players on our team had to win,” Parry remembers. “We won at Number 2 singles, but Number 1 singles split sets and went to a tiebreaker. We had a match point in the tiebreaker, and my player (Maurice) came to the net. His opponent tried to lob him, but Maurice was able to execute one of his signature jumping overheads – and we won! All the players and I stormed the court in celebration since we just realized we won the most games out of all the teams in our group.”

Just like that, they’d broken through. The trophy was theirs.

This fall, the team returns minus three of their departing players. Those who remain are eager to defend their championship, with a few new faces to fill the voids. But the unforgettable journey that culminated last March is one for the ages, and a sure sign that team tennis brings out the best in the game and its competitors, redefining what it means to be a tennis player.

In tennis, the goal is to be the last one standing. But there’s nothing like being a team player, where the results are just as gratifying. Still, is tennis really a team sport? Just ask Austin, Ethan, Maurice, Owen, Raja, and Roark.