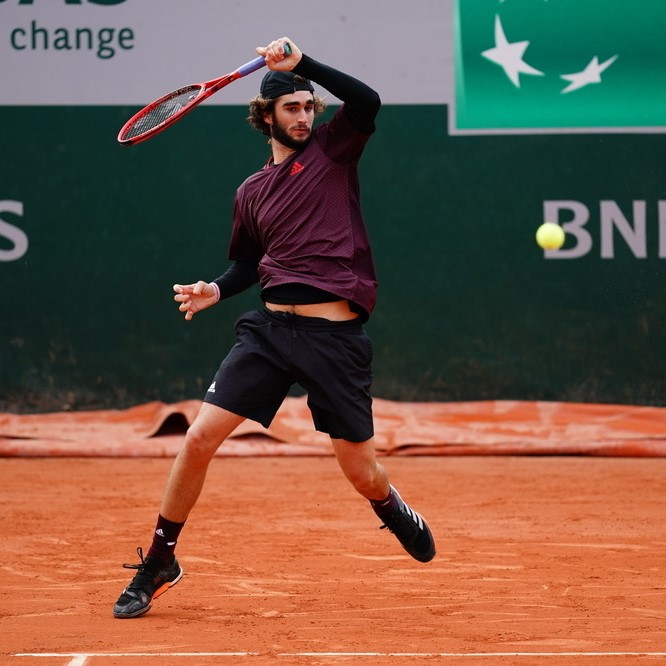 There was doubt along the way, to be sure. But when the opportunity arose for Max McKennon to compete in the final junior Grand Slam tournament of 2020, he wasn’t going to let the chance slip away.

With his world ITF ranking hovering the low 60s, the Southland’s top junior player and Newport Beach 18-year-old had started 2020 with plans to travel to Paris and play Roland Garros, before a dream-come-true trip to the All-England Club, then finally concluding his junior career at the US Open.

Then the COVID-19 pandemic hit and all plans changed, putting the current Arizona State freshman McKennon’s final high school season in peril. There would be no final Ojai to play, no farewell junior tournaments. It was just training, training and more training with Carsten Ball, his coach since McKennon was 14.

When the French Open was postponed and Wimbledon cancelled, McKennon kept things in perspective and told the Costa Mesa Daily Pilot’s Matt Szabo: “I was planning on playing in the Grand Slams and having the U.S. Open be my last tournament before I go off to school. I’m obviously very upset about it, but I’m pretty lucky compared to other people in the world who don’t have jobs, who are dying, who can’t support their family. I’m trying to put into perspective, but I’m obviously pretty upset about it as well.”

The US Open would go on without a junior event and even though the new French Open dates would take place after he arrived on campus in Tempe, McKennon never wavered in his decision to take an unforgettable trip to Paris and compete in his first and final junior Grand Slam.

“I never had any second thoughts about going,” said McKennon, who fell to France’s Martin Breysach in the first round, 6-4, 6-2. “I wanted to fully just go the whole time and if I tested positive along the way, then that sucks and I would have to live with it. I just had to try and go out and see it and experience it.”

McKennon knew several girls’ players who caught the virus and were disqualified from playing the tournament, having to quarantine in their hotel for 14 days.

“Before the tournament we toured around a little bit and ventured out,” McKennon said. “The bubble started a few days before the tournament. After our first COVID test we had to see if we were positive or negative and then stay in our hotel for 24 hours. After we were cleared, we were only allowed at our hotel or at the facility at Roland Garros.

“It ended up well. There were no positive tests in the middle of the tournament that I know of.”

Because the juniors took place during the second week, McKennon did not get to see SoCal touring pros like Sam Querrey or Steve Johnson on-site. He did spy his idol Rafael Nadal a few times. “It’s pretty cool, just getting an inside look at how the pros do it and how professional they are,” he said. “Sharing locker rooms and training rooms. That was one big takeaway for me. I was definitely rooting for Rafa to beat Djokovic. He’s been my idol since I was a kid.”

With classwork piling up back in Tempe, McKennon and Ball headed home the day after his first-round loss. “We drove past the Eiffel Tower and I got some pictures,” McKennon said. “It was an amazing experience, for sure. It was something I was very fortunate to have done. There aren’t a lot of people who can say they’ve played on the clay at Roland Garros.”

A Grand Slam trip like McKennon took part in can inspire a young player to keep pushing and improving his game. Now that he’s settled into dorm life on campus in Tempe, the focus is general education classes – all online and not in person for the time being – in business school at ASU like math, psychology, and English.

Tennis practices have been intense, and McKennon knows there are a lot of eyes on him as one of the nation’s top recruits. He can’t wait for the dual-match Pac-12 season to start in the spring. “I’m really looking forward to the U of A match at home this year,” he said. “That’s going to be a lot of fun. And of course, going back to The Ojai. I’ve played it since the 14s and I can wait to go back to Ojai.”

McKennon feels fortunate he chose ASU and the school’s President has continually pushed to keep the campus open and functioning during the pandemic. “A lot of my friends at UC schools and USC haven’t been able to be on campus,” he said. “I’m just glad I chose a school where we can try and get things back to normal.”