Junior Sectionals: Intrigue all around as players seek to repeat as champions, while others hope to break through on Sunday - USTA Southern California
Junior News

Junior Sectionals: Intrigue all around as players seek to repeat as champions, while others hope to break through on Sunday 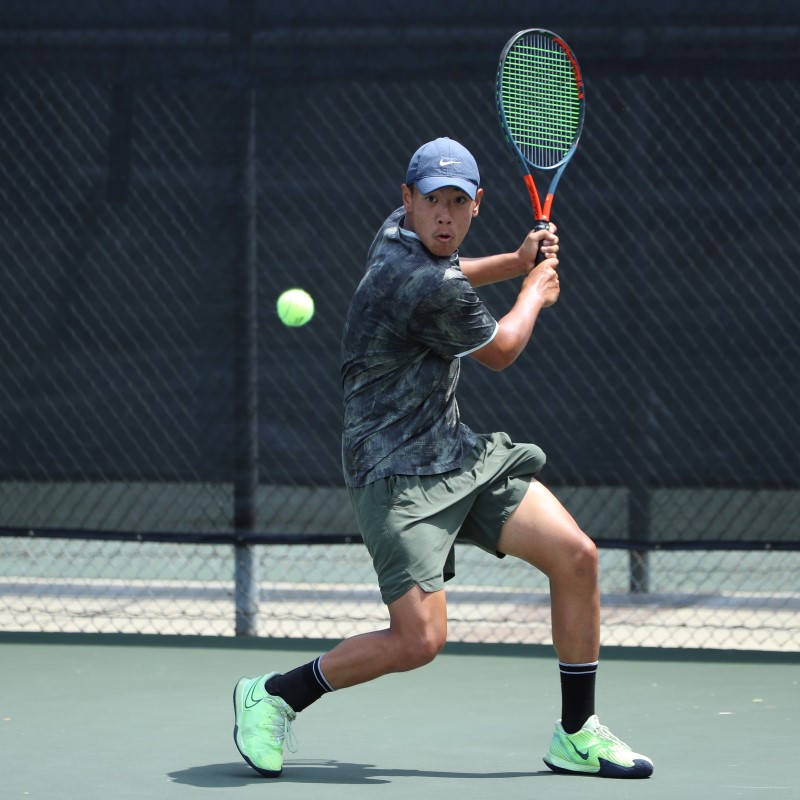 It all comes down to this.

The 119th Junior Sectionals will conclude on Sunday, with some outstanding tennis still to be played. There are returning champions seeking title repeats, and others in the hunt for their first Sectional crown – a status that will put them in the same ranks as players such as Serena Williams, Michael Chang, Jimmy Connors, Lindsay Davenport, and countless other SoCal tennis greats who emerged from memorable junior years to excel on the global stage as professionals.

Alex Michelsen will seek his second consecutive Boys 18s Sectional title on Sunday after cruising yet again in his semifinal against #4 Conrad Brown. Michelsen has been on a hot streak since last fall, and seems destined to repeat in 2021. One person who would disagree is Learner Tien, the Easter Bowl finalist who ousted #3 Gianluca Brunkow on Saturday. Tien, the #2 seed, has been equally dominant throughout the competition, and neither player has conceded a set to date. Their match-up on Sunday, the final match of Sectionals, should be an exceptional showcase of SoCal talent.

A shocker in Girls 18s, where top seed Kaila Barksdale withdrew due to injury, paving the road for #13 Maya Urata to reach the final. Urata is no fluke – she defeated the talented Emily Deming early in the event. To claim the victory, she’ll need to handle the talented Iva Jovic, the #7 seed who handled #8 Antonia Pareja in straights.

Last year at Sectionals, William Hsieh captured the title when his opponent could not continue. Credit Hsieh, the #3 seed, for returning to Championship Sunday with a semifinal win over #7 Ivan Savkin. He’ll oppose Calvin Wang, who impressed on stadium court with his three-set win over Carson Lee. Lee has defeated three seeded players in the tournament so far, but Hsieh will be the first one ranked higher.

After upsetting the top seed in the quarters, Eliana Hanna is on to the final after an impressive win over #9 Julianne Nguyen. At #11, Hanna has already dispatched the #1 and #8 seed to reach the final. To claim the title, she’ll need to hurdle Monika Ekstrand, who previously ousted the #6 seed to shake up the middle draw.

Rishvanth Krishna started strong in his semifinal against top seed Keaton Hance in Boys 14s. But Hance responded to force a decisive set on Saturday, one that saw the momentum turn completely in Krishna’s favor, and the #4 seed posted a big upset to advance to the final. He’ll meet #3 Jagger Leach, who turned back the challenge of #5 Drew Koval on Saturday to move into Sunday’s showdown.

An intriguing Girls 14s draw evolved even further in the semis, when #6 Kateryna Basovska – the artist who drew up an upset of the top seed on Friday – was upended in routine fashion by #3 Haley Tran on Saturday afternoon. At the other end of the draw, Ayanna Shah has maintained order as the #2 seed by dominating every Sectionals opponent thus far, making for an interesting final to come.

Liam Alvarez cruised through the early rounds before Ilias Bouzoubaa made him work early in their semifinal on Saturday. But Alvarez was undeterred, and eventually stormed into the Boys 12s final. Alvarez will meet Andrew Johnson the #2 seed, who dominated his semifinal contest to reach the final.

Julieta Pareja has yet to lose a set in the weeklong Sectionals, advancing to the final as the top seed in Girls 12s. She meets Brooke Kwon in Sunday’s championship match, and Kwon has matched Pareja’s streak of unbeaten sets since last Friday’s start of Sectionals.

Sunday’s finals begin at 9:00am, with 12s and 14s in action. The Girls 16s and 18s are slated to begin around 11am, with the Boys due shortly after around 1pm at Los Cab Sports Village.