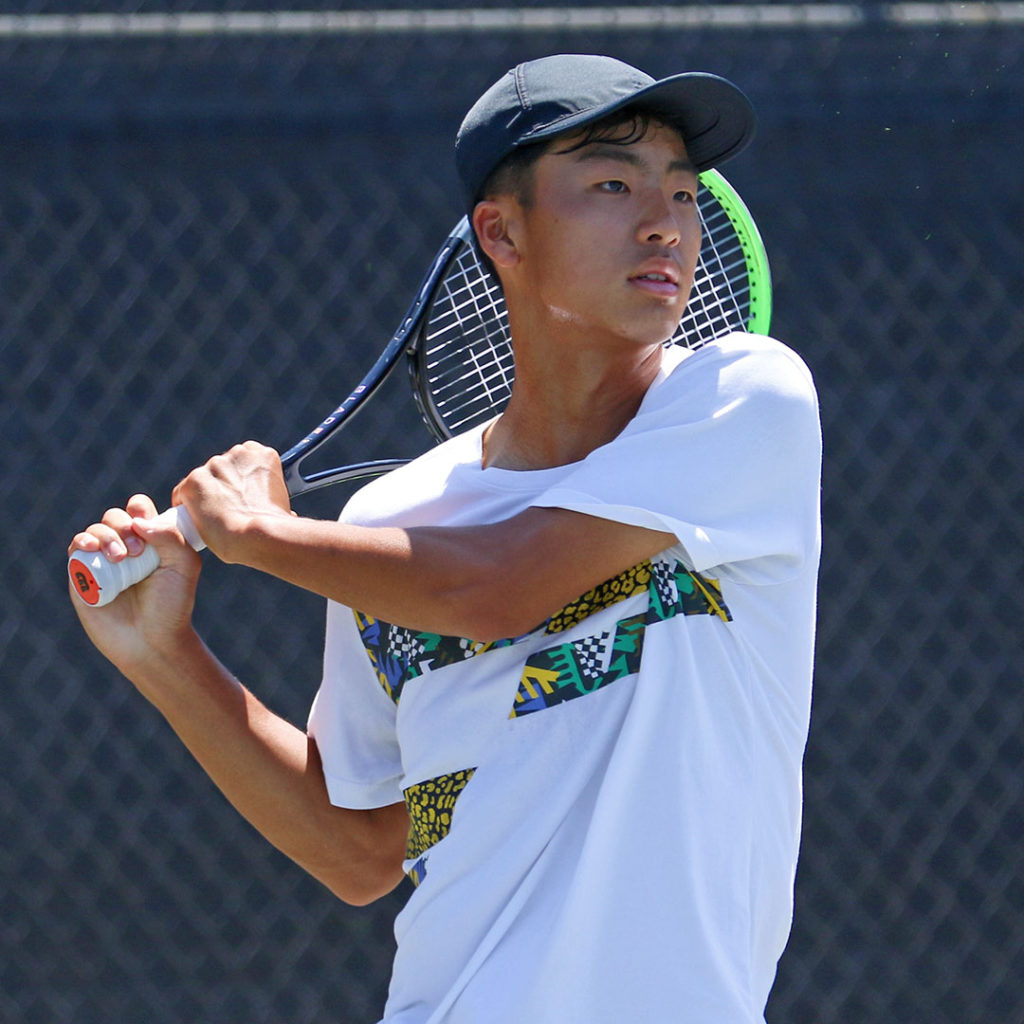 The Girls 16s are in perfect form, leaving the top four seeds to do battle in the semifinals. At the top of the draw, Kenzie Nguyen needed an extra set to overcome Carley Chen, who captured the second set to force a decisive third. Nguyen would have not of it, posting a 6-0 final set to move into a semifinal showdown with #4 Ariana Liu, who was steady in her quarterfinal over Karah Li. At the other end of the draw, #2 Elena Zhao notched a first set tiebreaker before locking up the straight set win over Natalie Lynch. Zhao will face a red-hot Nicole Weng, the #3 seed, who soundly eliminated Ruby Hansen, 6-1, 6-0.

Top seed Mason Bui fought back to even his match with Ford McCollum at a set apiece in Boys 16s before Bui was unable to continue due to injury. The #9 seeded McCollum will move into Saturday’s semifinal to meet Brody Nejedli Krall, who needed three sets to move on over James Krantz. Tobias Luo advanced as the #3 seed over Anirudh Gupta and will face Gregory Gamal, who emerged from a battle of #17 seeds in the bottom half of the draw after the #2 seed was upset earlier in the week.

Brayden Tallakson followed up his defeat of the top seed in Boys 14s by continuing his journey into the semis with a three-set win over Kimi Basamakov on Friday. Still the rest of the draw remains intact, with #2 David Wu, #3 Ilias Bouzoubaa, and #4 Roshan Santhosh holding ground. In the semis, Tallakson will meet Santhosh, while the match-up of Wu and Bouzoubaa should be one to watch.

In Girls 14s, Sydney Barnhart was forced to retire with injury in her quarterfinal match, allowing #5 Anqi Mei to advance to the semis. Mei will need a full arsenal to topple top seed Julieta Pareja, who advanced 6-3, 6-2 over #5 Brooke Kwon on Friday. The remainder of the draw is set with #2 Sophie Suh advancing in dominant fashion to meet #3 Alexandra Wolf on Friday.

In Boys 12s, Andy Deng upset top seeded Daniel Gamal in two sets, concluded with a 10-7 tiebreak in the second set. The trend continued still when #5 Takuto Goh captured the tiebreak set over #4 Shant Galstanyan. Deng and Goh will face off on Saturday in the semis. The upsets continued at the bottom of the draw, where #2 Adrian Sharma fell to Christopher Kasparian in straight sets. Only Kaiden Somaratne, the #3 seed, kept pace with a dominant performance over #9 Kona Parseghian.

Between three of the remaining semifinalists in Girls 12s, only five games were lost in each of their powerful victories. Top seed Julia Seversen lost only three games against #5 Ariana Morris. Valerie Machikawa, the #5 seed, dropped only single game against Madelyn Naslund just as #2 Ava Penn turned in the same performance against #5 Savannah Schmitz. Penn will meet #3 Shaya Jovanovic on Saturday, after Jovanovic notched a second set tiebreaker to advance in straight sets.

In the 18s divisions, there were late finishes as of press time. Hudson Rivera (#1) and Kaila Barksdale (#2), the top remaining seeds in their respective draws, both advanced to the semifinals.