PRATT: L.A.T.A. is ideal showcase for LGBT tennis in Southern California and beyond 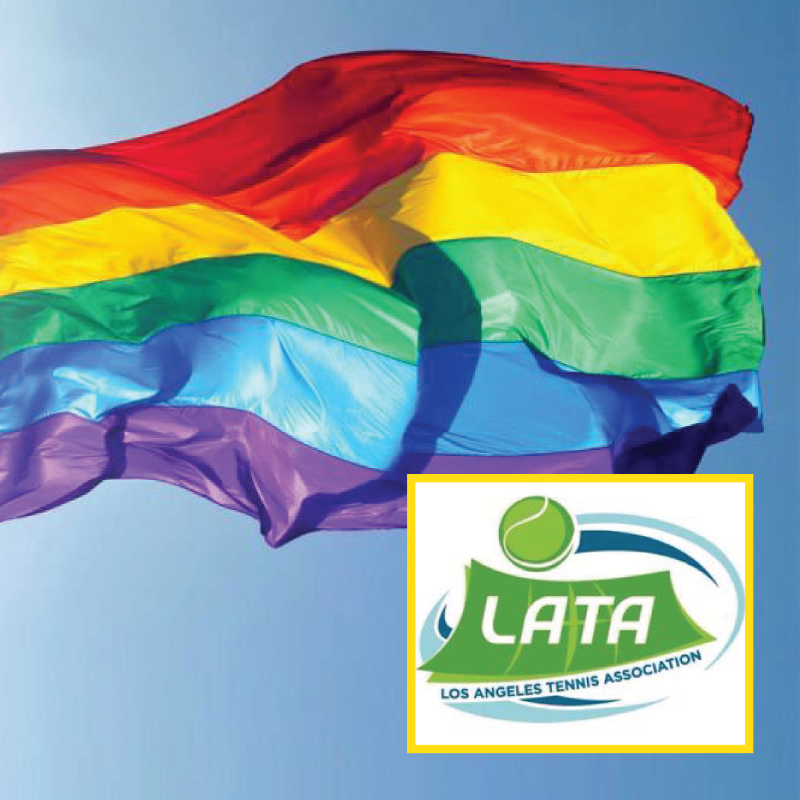 For over 40 years, there has been a place for Southern California members of the LGBT+ community to gather and socialize – and play lots of tennis. The Los Angeles Tennis Association (LATA) is a non-profit group that is one of the largest in the world of its kind with more than 300 tennis lovers. It’s not an exclusive club, but rather open to all.

“Anyone can join our club, straight, gay, it doesn’t matter,” said Rodney Ferrell, a Los Angeles resident who serves as the tournament director for all of the LATA events during the year. “We are all about being inclusive and anyone is welcome to play.”

June is Pride Month where members of the LGBT+ community come together and celebrate the freedom to be themselves. While COVID postponed some events on the annual LATA calendar, tournaments, leagues and other drop-in events have kicked back into high gear with six to eight leagues going on at any given time during the remainder of the year, according to LATA Publicity Director Jackson Johnson.

Both Johnson and Ferrell highlighted the biggest event on the 2021 calendar as the Gay and Lesbian Tennis Association (GLTA) 2021 Los Angeles Open will take place Oct. 22-24 and played at both the Burbank Tennis Center and Weddington Tennis Center in Studio City. Ferrell said more than 50 players have already registered for the event, which is designated a “Masters” event this year with more on the line, including valuable ranking points in each division from Open to A through D levels, as well as an over-40 division.

“We usually hold our big GLTA L.A. Open around Easter, but have moved it because of COVID,” said Ferrell, who been a member of the club for seven years. “Registration just opened and we are expecting players to come from all over the world.”

Ferrell was one of six players in 2020 from the LATA club who were invited to compete at the 2020 GLTA World Championships in Honolulu, Hawaii. Ferrell qualified in A singles and doubles while the others included Jose Sambas (Open singles and doubles), Ed Premetz (A doubles, B singles), Lee Winterstein (B singles), Leo Reece (C doubles, D singles) and Matt Bauer (D singles).

Johnson has remained in his publicity role and a member of the LATA Board despite moving out of the area to Las Vegas. He said to participate in LATA tournaments and leagues, you must be a member and establish an LATA ranking.

“It’s important to have a ranking system that is unique to our club to make sure it’s an even playing field for everyone and no one is getting destroyed,” Johnson said. “Our summer and fall lineup has something going on almost every day of the week. Our leagues go from Long Beach to the Valley and last 10 weeks.”

Johnson said the public’s perception of the LBGT+ community has changed over the years, but LATA’s mission has not.

“LATA was founded as a way for people to have a safe space and play tennis,” Johnson said. “It was a place where people could be themselves when they are part of a small community like the LBGT+ community, but also be in a competitive environment. It goes beyond tennis. It was a way to socialize with other people and make friendships and meet other people.”

Johnson said the public’s views on the LBGT+ community have changed, of course, over 40-plus years since the club was formed.

“We are so pleased to see how acceptance of the LGBT+ community has evolved significantly since the start of LATA, and we are pleased to continue to fulfill our important mission in the Los Angeles community,” Johnson said.

For more information on the Los Angeles Tennis Association, visit the website at www.lataweb.com/.