“I’ve got Mexican blood in me!” L.A.’s Young Nava closing a promising year on the pro circuit 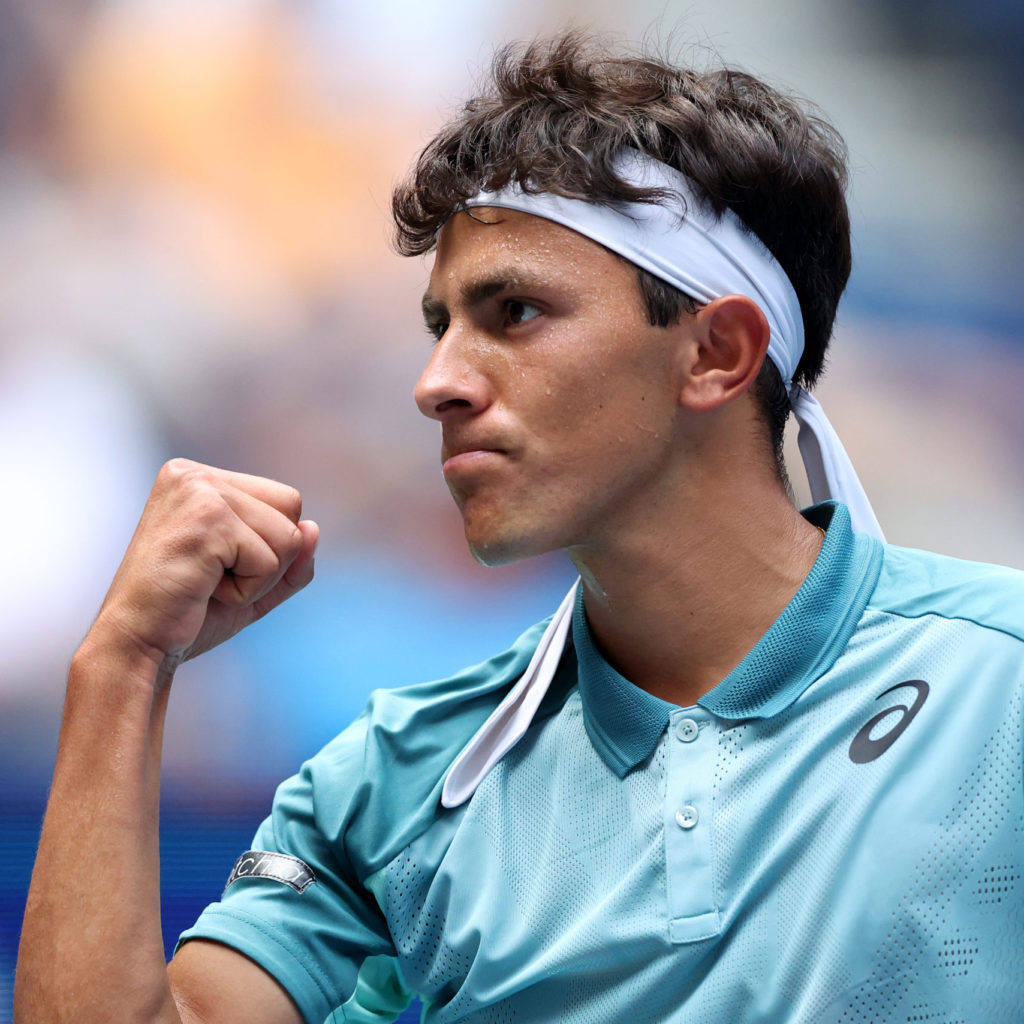 Tennis has long been a sport that spans generations, from mother to daughter, father to son, sibling to sibling – or any combination that further exemplifies tennis as a family sport. There’s no better example than Los Angeles native and touring professional Emilio Nava.

The love for competition was passed to Nava from his parents, themselves part of the Mexican Olympic team at the 1988 Summer Olympics where they first met. Emilio’s mother, Xóchitl Escobedo, is a former professional tennis player herself, and his father, Eduardo, was an Olympic sprinter. Both of his older brothers Eduardo and Diego also play competitive tennis, as well as his cousin, ATP pro Ernesto Escobedo. For the Nava family, tennis runs in the blood.

Emilio Nava was first handed a racquet at age three by his mother. He grew up playing in Los Angeles and was so dedicated to his junior career that after middle school, his family made the choice to homeschool him so that he could focus better on tennis.

“I’d always just do school, and then come back home and go play tennis,” said Emilio, who trained at the USTA National campus in Orlando, as well as in Spain. “I always had that passion and that drive to travel the world and just compete at the highest level. (Home-schooling) gave me a little more flexibility to travel around the country and even out of the country, which I think was huge.”

The new life structure allowed Emilio the chance to play against competitors from around the world from a very young age, an advantage that not all junior players have. “Everybody plays differently,” explained Nava. “The culture is also different, which was interesting to see. And I think it was a great decision.”

Impressed upon Nava most significantly is the difference in match play and strategy between players in the States versus those across the globe. “There’s very subtle differences,” Nava said, who proudly names players like Taylor Fritz, Brandon Nakashima, and Zach Svajda among his #TeamSoCal peers.

“Guys from SoCal, we all hit it so clean!” Nava said. “We have a lot of pride in that. Then around the world, everyone plays a little different, and it’s unreal to see how they play and adjust to different game styles.”

Being the youngest player in the family, Nava may have had the best training partners he could ask for, a trial by fire that forged his competitive spirit. “Because I was the youngest, I always wanted to beat them,” laughed Nava. “I really feel like that nudged me in the right direction of how to be a competitive animal!”

This spirit served Emilio well as he started his pro career and faced a steep ramp up in competition. He recalls struggles early on, before he began to fortify his mental game. From there, he says, the results started coming. Yet he realized very quickly that a promising junior career and some convincing wins were not enough. “When I started playing challengers,” he said, “opponents don’t care about any of that. They’re fighting for rent money, so it’s a different environment.”

Nava reached a new pinnacle at the ATP Challenger Tour event this year in Kazakhstan, winning the tournament by defeating three players ranked above him. At the US Open, he defeated World #103 John Millman in five long sets for his first Grand Slam match win, then took a set from Andy Murray before bowing out in the second round. In October, Nava ascended to a career high #172 on the ATP Tour.

While Nava is very keenly working towards winning grand slams and becoming the best player he can be, he is also relishing every opportunity to travel, play, and challenge himself on the court. He cites Japan’s Taro Daniel as one of his favorite competitors, as the two have had many battles, and maintain a healthy rivalry (Daniel got the best of Nava here at the San Diego Open in September). As to how he hopes to achieve his dreams as a professional, Nava is steadfast in taking it one day at a time and giving his all. “I’m super young,” he happily admits. “But I will say, if you just keep competing, keep fighting, and being persistent. You’ll start finding your game, and the sky’s the limit from there.”