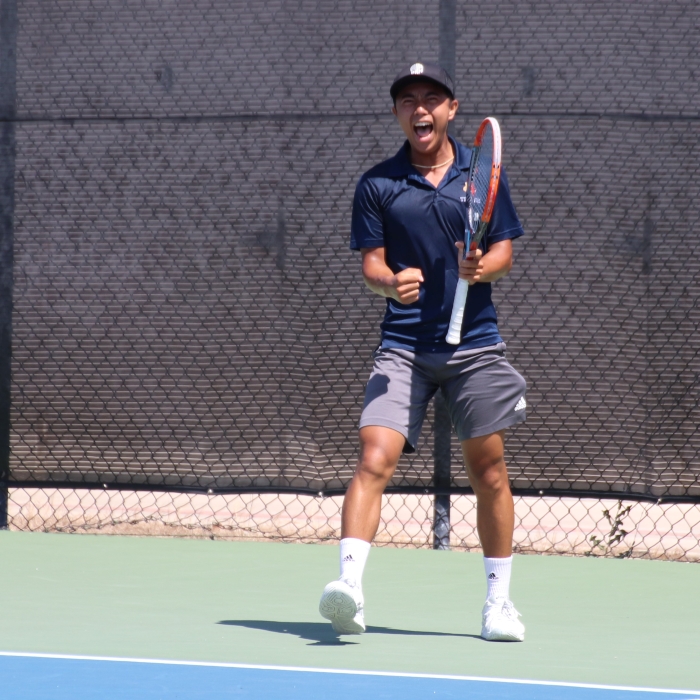 In a field dominated by many of Southern California’s most exciting college and junior players, the Oracle ITA Summer Circuit Powered by UTR rolled through San Diego last weekend and produced two exciting finals in the process. San Diego’s Matthew Sah and Maxi Duncan of Irvine both notched overtime thrillers to capture their respective titles at Barnes Tennis Center.

Playing only his second singles event of the year, Sah barely squeaked through his opening round match by winning a 10-8 tiebreak. He then cruised into the final by dropping only eleven more games, notching wins over Ethan Schiffman, Kawahara Momotaro, and Benjamin Gollin.

Sah, who attends UC Irvine, met Florida’s Ellis Short in the final. Short broke Sah’s eight-set winning streak with a 6-3 opening frame, but the San Diegan countered with a 6-4 to tally the second set. The two traded punches in the deciding tiebreaker, with Sah emerging with a 15-13 decision.

On the women’s side, Duncan was equally impressive, dropping only two sets throughout the tournament. Followings wins over Isabella Chhiv and Thelma Sepulveda, Calissa Dellabarca stole the first set in their quarterfinal meeting before Duncan settled in for a 4-6, 6-2, 1-0 (10-3) triumph. Duncan moved past Katie Codd in the semis, setting up a final match with Camille Kiss.

Kiss, who will play for UC Santa Barbara in the fall, was dominant in the first set, a convincing 6-1 rout. But Duncan, a Class of ’21 senior at Cal Pac Charter School, returned the favor with a 6-2 second set win, only to close out the match, 10-5 in the tiebreaker.

The open tournament is designed to provide competitive play opportunities for incoming freshman and college players. The Circuit’s next SoCal event is scheduled for July 24-26 at Weil Tennis Academy in Ojai.