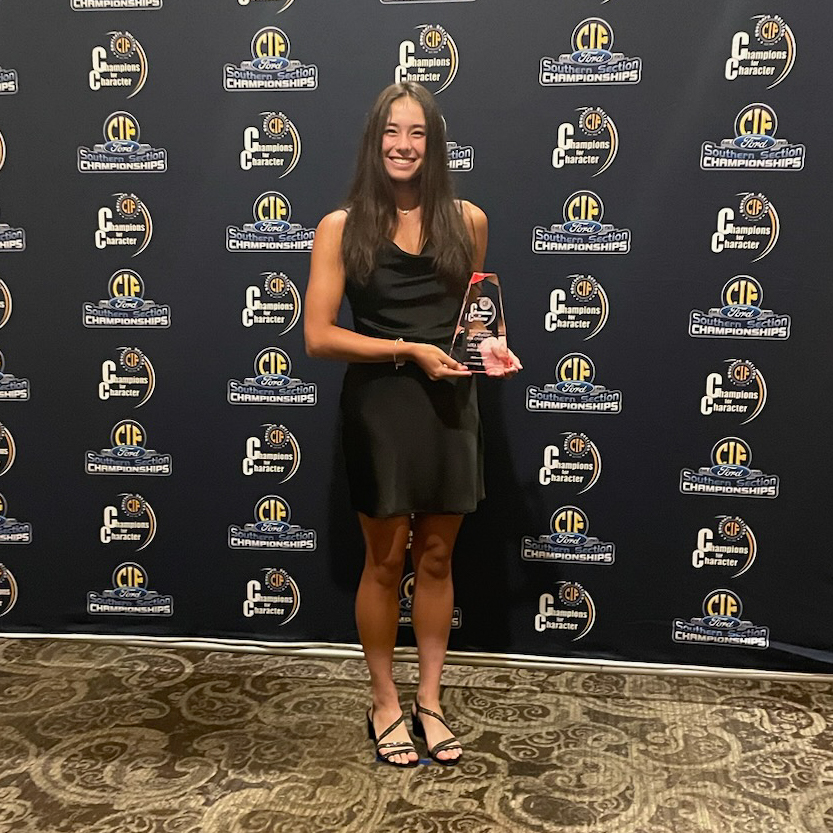 Mika Ikemori of Huntington Beach continues to make headlines in Southern California tennis, as the junior player was a recipient of the 2021-22 Southern Section Jim Staunton CIF Champions for Character Award. The award is symbol of a great ideal, pursuing victory with honor, and is presented to outstanding athletes, being the only recognition in the State of California that highlights students and schools for their display of character, that has an impact on thousands of participants and spectators.

The high school senior has had lots of success on the court, previously being the Wave League singles champion and the CIF singles runner-up. Ikemori’s elite level on the court is made more impressive by the fact that she battles epilepsy, a condition that causes small seizures several times a day. Ikemori is able to maintain her focus and composure even through her condition and continues to impress on and off the court.

At the awards ceremony, CIF Director Ron Nocetti emphasized the importance of the award, and of making an impact through sport, writing, “The love of sport is deeply embedded in our nation’s consciousness and the value to participants and spectators have been directly and dramatically influenced by the values and actions conveyed by you and your school community.”

Mike Ikemori’s performance on the court through adversity encapsulates the spirit of the award, and the ideal of pursuing victory with honor.