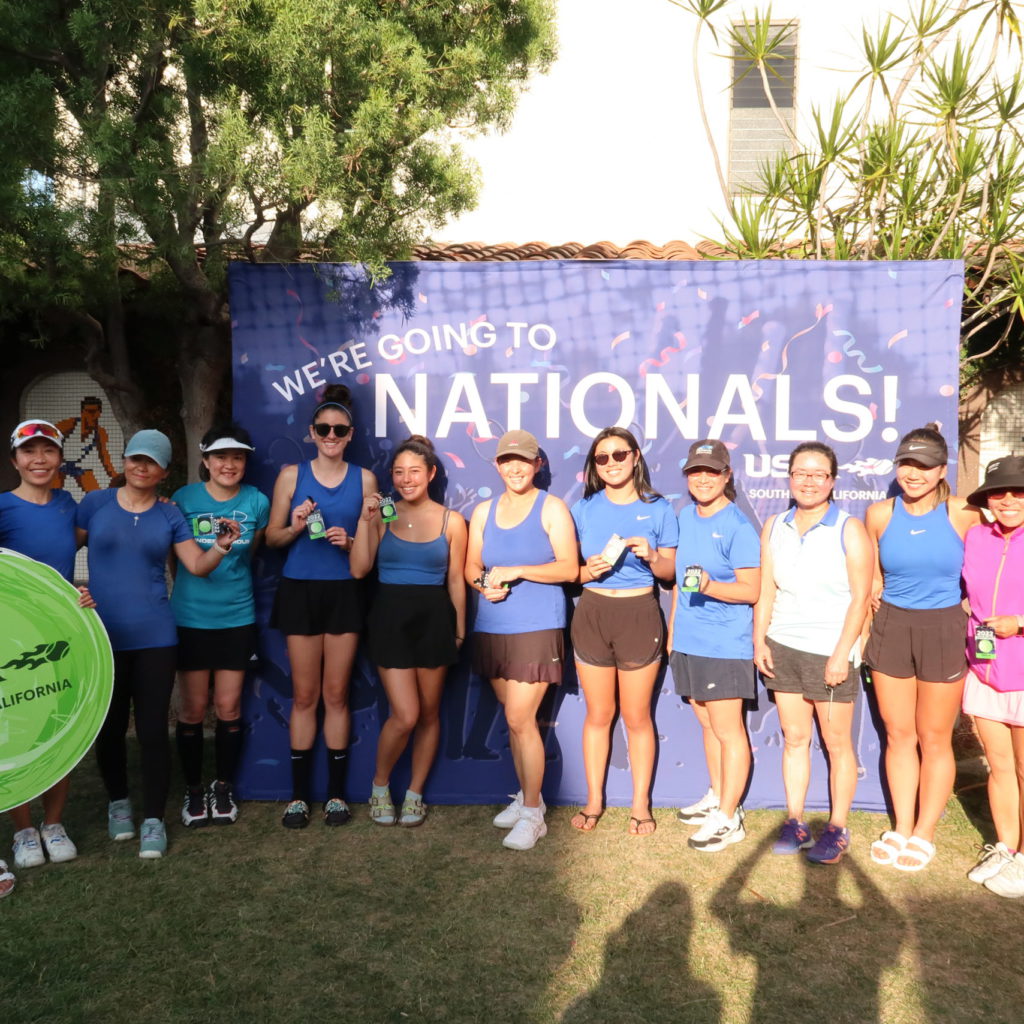 Familial doubles tennis partners are not at all uncommon, especially among young siblings at the junior level. But adult competitors Carol Choy and Judy Su are bucking that trend with their 4.0 League team on which they each play doubles with their respective daughters.

“My parents met on a tennis court,” said Choy. “I played in high school, my siblings, cousins, aunts, uncles, everybody played! We just all grew up playing.” Despite actively introducing her daughter to other sports like ice-skating, swimming, and golf, all roads eventually led to tennis for both mother and daughter.

Ironically, Choy’s first doubles match alongside her daughter was against another mother-daughter team. It’s a dynamic that Choy relishes and hopes to see grow within the sport. “I’ve probably had more seasoned doubles partners,” said Carol. “But I think as a combo, she and I together are probably one of the better teams that I can say I’ve been on.”

Choy’s teammate Judy Su has an engrained connection to tennis stretches as well, as her father was a tennis coach in Taiwan. After playing all her life, it came to pass that Judy’s husband played tennis as well, and with their daughter around the court all the time, it’s no surprise that it became a family sport. After Judy’s daughter graduated from high school, she joined the USTA and started playing with her mother while in college.

The moms had been playing on the same team for a while and made a USTA Nationals run in 2018, which Choy’s daughter observed from the sidelines. The experience prompted her to join the team. Both Choy and Su agreed that their individual playing styles meshed with their daughters quickly enough, and two powerful tandems were created.

Choy concedes that Team Su might have the competitive edge between the two duos, but just as quickly the two laughed it off, content to being on the same team and spending time with their children.

Still, both parents look back at days long past as their fondest memories of tennis with their daughters. Choy’s first time playing doubles with her daughter was when she was around the same age, claiming that her daughter’s out of control overhand was a hazard, as she would frequently ping opponents and teammates alike. Su remembers a sweet memory of her daughter asking to play doubles with her on Mother’s Day as a 10-year-old.

While both chuckled about hopefully going on to win at Nationals, the two are far more focused on making the best of their time with their daughters. Choy was very clear about their favorite aspect of the sport. “The camaraderie!” she said. “Being around people who are passionate about it.”

While they may indeed achieve the dream of winning at Nationals, these tennis moms are enjoying the game in the way it’s often enjoyed – with the whole family.