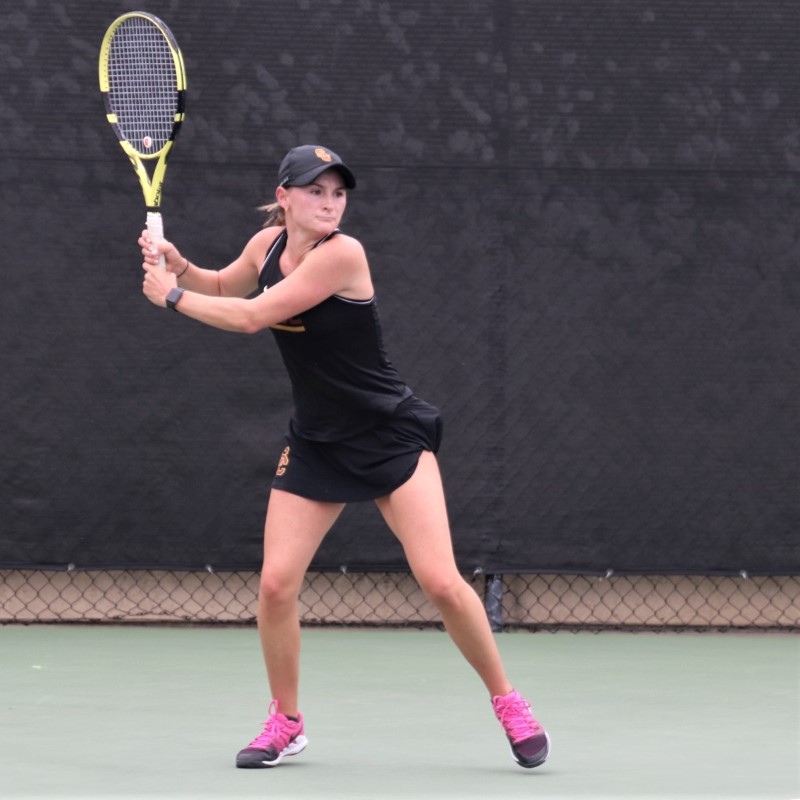 It’s the final stretch of 2021 for Southern California’s college teams as the quest for a national title ramps up in Orlando. Quarterfinals begin Sunday at the USTA National Campus featuring three local women’s teams, before the lone remaining men’s team returns to action on Monday.

Seeded #4, Abbey Forbes and the UCLA Bruins are unblemished so far at the Championships with dominant wins over Grand Canyon (4-0) and Texas Tech (4-0). On Sunday, Stella Sampras Webster’s squad meets #13 Georgia Tech, another team sporting a perfect 8-0 record so far.

The winner of UCLA/Ga. Tech meets the winner of #5 Pepperdine and Michigan. Look for the Waves’ fifth-year Ashley Lahey to empty the tank in her final NCAA tournament against a Michigan team that barely escaped the second round last weekend.

The USC Trojans are alive in the quarters, with #6 NC State next up. The Trojans had to work hard to surpass Oklahoma to open the tournament, but turned around to oust #11 Florida with conviction. Sunday’s winner meets either Georgia or Virginia.

PAC-12 champion California has their hands full with #1 North Carolina on Sunday.

On the men’s side, the USC Trojans that opened the year in the nation’s top spot are nestled in at #12 in the tournament. Brett Masi’s squad looks to build on their PAC-12 title with an NCAA crown, and #5 Virginia is the next opponent on Monday in Orlando. The Trojans, with wins over Grand Canyon and Pepperdine, are in position to meet the winner of South Carolina and Texas – the latter featuring SoCal champions Eshan Talluri, Siem Woldeab, and Jacob Bullard.