No stranger to the grind, Laguna Niguel’s Maxine Murphy thrives with motivation 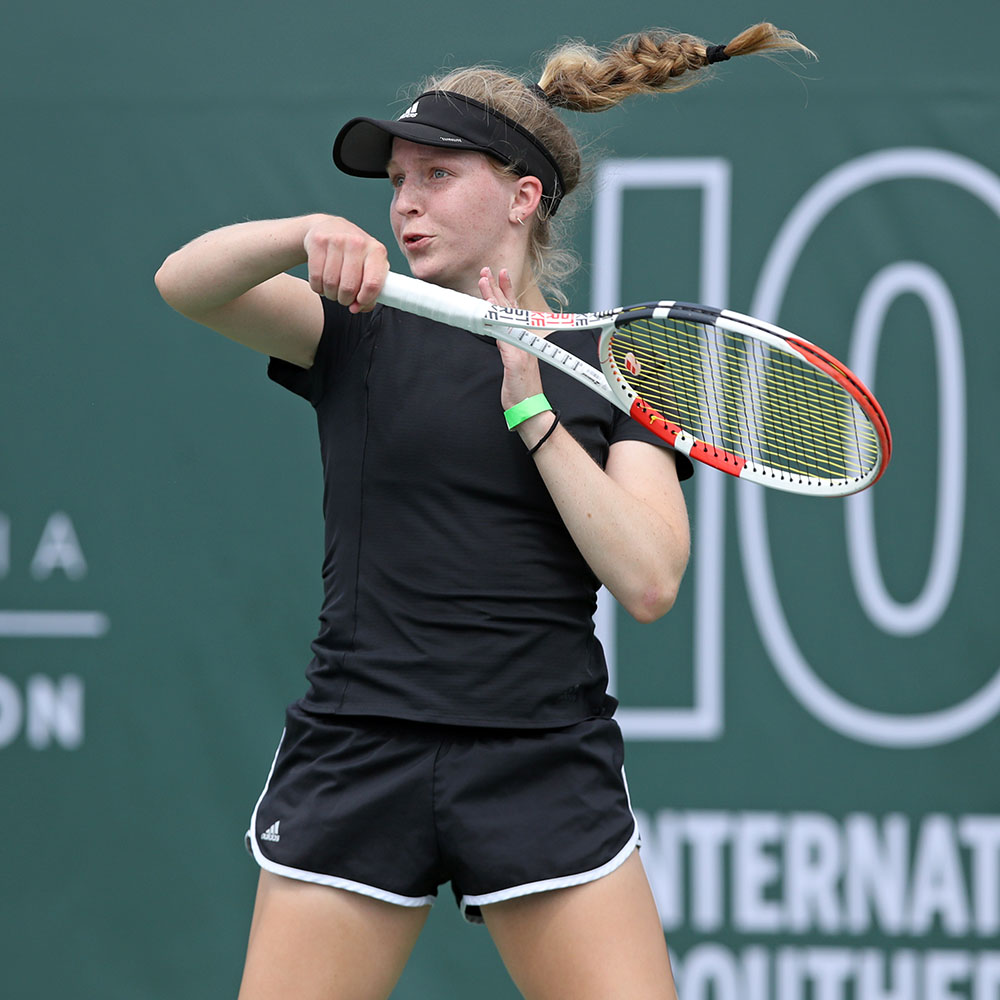 The recently completed SoCal Pro Circuit was all about giving local junior, collegiate and transitional pro players opportunities to compete among the world’s top up-and-coming pros. No one better exemplifies an example of a player benefiting from that chance to compete against those players than Laguna Niguel’s Maxine Murphy.

Murphy is a 19-year-old Washington State sophomore who started the game later than her SoCal junior rivals and was never considered a top college recruit. Through hard work and dedication, Murphy’s game just kept improving year after year and she was able to secure the Division I scholarship she always dreamed of. “I was never the most sought-after recruit or talked about junior,” said Murphy at Los Caballeros Sports Village following a qualifying match in the fifth of six SoCal Pro Circuit events.

“Not having a big name never bothered me. It just fueled my motivation.” Murphy turned her focus to tennis full-time at age 12 a few years after a horrific snow boarding injury where she suffered two broken vertebrae in her neck. A competitive soccer player, Murphy was told she would no longer be able to compete in contact sports.

Murphy was watched during her match by her coach Kevin Jackson, who runs SHOQ Academy out of Los Cab. She won a round of qualifying at the final two pro events, but it was her first-ever pro tournament where she impressed with four straight wins at the Kramer Club, including three in qualifying and one in the main draw to win her first WTA point and earn a world ranking. And all because of a generous wild card provided by the SoCal Pro Circuit Wild Card committee.

“It was a little bit surreal to compete at that level and to see what I could do and see what the level next level is like to gauge all areas of my game,” said Murphy, who plays an aggressive game and is known to close out points at the net when she can. “It seemed like there were a lot of college players who came back to play. It gives us good match experience because otherwise we’d just be training.”

Murphy beat a Brazilian, Canadian and two Americans she had never heard of before falling to a Russian. “I was just so happy to be able to play these three weeks consecutively,” Murphy said, “That was the other thing about the circuit –just playing different people instead of the same players.” When asked what her plans were until her August 11 return to campus date to start her sophomore year in Pullman, Wash., Murphy replied: “Just training. Training and
grinding.”

The clear blue skies and sun slowly will disappear for Murphy as the fall season turns to winter at school in Washington. Surprisingly, Murphy doesn’t mind the move to the indoor courts around mid-September. “I really like it, actually,” Murphy said of playing under a roof. “It just feels nice and helps my confidence. Maybe because it’s new and I had never played indoors before. I thought it was going to be a big adjustment, but it wasn’t.”