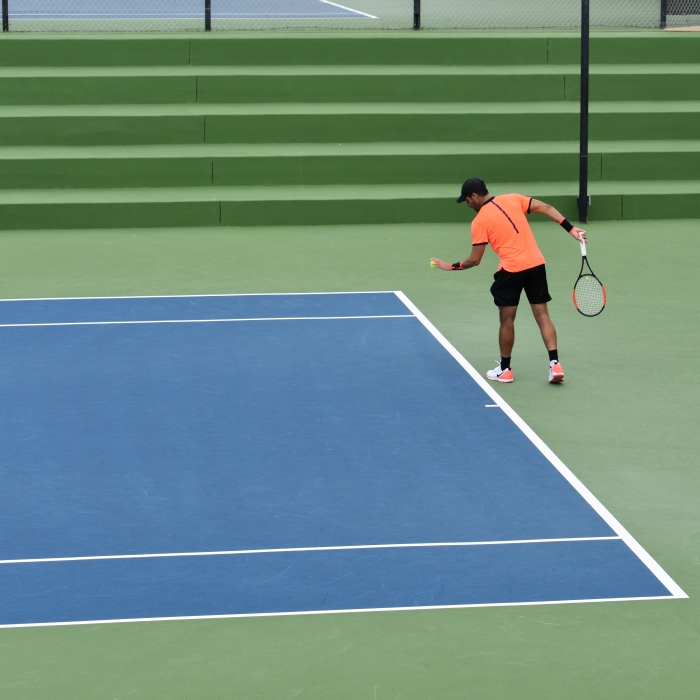 Excerpt from “The Pandemic Drove People to Tennis and Golf. Will They Keep Playing?” by Matthew Futterman and Bill Pennington, published by the New York Times, 3.12.21

In 2020, the coronavirus pandemic all but shuttered recreational sports and leisure activities. Fitness centers and yoga studios closed as did movie theaters, museums and concert halls. Games as routine as checkers at a local park or pickup basketball in almost any setting were prohibited. Even playing in ultimate Frisbee leagues became fraught with risk.

And yet, golf and tennis, which have struggled to recruit new participants in recent years, flourished as idle athletes sought to play outside, at a safe distance, with some tweaks to accommodate new health guidelines. While more than half of tennis and golf facilities in the United States were padlocked in March and April because of the coronavirus, from June to December in 2020 golf rounds nationwide surged by 75 million as compared to the same period in 2019, a gain of 27 percent.

Data from the Physical Activity Council’s recent participation report, which monitors activity in more than 100 sports and activities, showed tennis participation rose 22 percent in 2020, with 21.6 million Americans saying they played the sport at least once. That included nearly 3 million new players and 3.8 million Americans who returned to the sport after a significant hiatus, a 40 percent increase from the previous year.

Tennis courts and golf courses have been packed with the people the leaders of those sports have tried to reach for years — beginners and novices whose numbers had been thinning at alarming rates. The newcomers flocked to those sports in large part because of their accessibility. For decades, local school systems and municipal parks departments have built thousands of tennis courts across the country that are free to use and easily located. While golf is often perceived as expensive and exclusive, in fact, 75 percent of American golf courses are open to the public with the average cost of a nine-hole round about $22.

The vast public investment in golf and tennis, using taxpayer money and public land, puts an onus on maintaining the pandemic boomlet. As much of the country makes plans to reopen, minders of golf and tennis are focusing on an essential question: how to retain newly hooked participants when other recreational options are available again?