On Giving Tuesday, SCTA Foundation gears up for big finish to the year - and even bigger 2022 - USTA Southern California
Community News

On Giving Tuesday, SCTA Foundation gears up for big finish to the year – and even bigger 2022 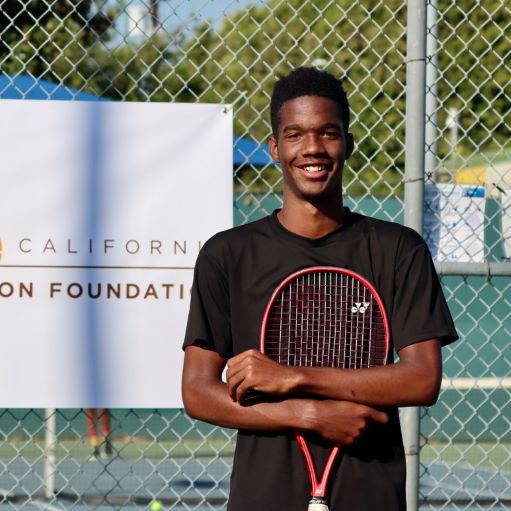 The Pacific Southwest Youth Tennis Foundation began some 35 years ago way back in 1986 and in 2012 the name changed to the SCTA Foundation. It wasn’t until the start of 2020 following the donation by an anonymous donor of $3 million dollars that the Foundation became an active organization striving to “make a positive impact on communities and the lives of people of all ages, ability, ethnicity, and economic background in Southern California,” as the Foundation’s missions states.

“The true vision of the Foundation is to make tennis accessible and inclusive to everyone, whether you’re a child or adult regardless of your ethnic or economic background,” Milan said. “We want to bring tennis to them. We know tennis can actually benefit kids growing up and adults, as well as the community organizations.”

“It runs the entire spectrum,” Milan said. “The Kramer grants are awarded to the competitive juniors who have talent and want to play national tournaments while the Talbert Summer Tennis Camp grant is almost like a players’ first steps into being competitive,” she said. “We want to identify competitive junior boys’ and girls’ players and help fund their plans for tournaments, training and coaching. These kids need consistent funding and feel that consistent support will bring positive results.”

Milan said a pilot program is currently in place to do just that. “We want to do more of that in 2022,” she said. “We think it’s more impactful if we can help somebody along the way as opposed to just a scholarship once a year. This will give them more stability.”

But it is the grassroots organizations that Milan calls the “bread and butter” of the Foundation. “These groups reach the kids and adults, but most importantly families,” Milan said. “By supporting them we broaden outreach.”

It’s community organizations like the Morongo Basin Tennis Association that benefit from the support of the SCTA Foundation. “We recently received a letter from the new executive director after we gave them a grant describing what it meant for these 11- and 12-year-olds to play tennis and have a great time,” Milan said. “That’s what we want to see more of. It’s all about impact.”

The SCTA Foundation supports high-end tennis events in Southern California and was a sponsor of the recent ATP San Diego Open that featured some of the top men’s players in the world.

A booth at that event raised awareness for the Foundation, kicking off the Camps4Kids campaign which has an immediate goal of raising $100,000 by the end of March to send 250 kids to summer tennis camps.

It’s not all serves and forehands for the Foundation. “One of the things that is close to us is helping kids get ahead and understanding that tennis can really help them in many ways, including an education,” Milan said. “It provides a social outlet and they also learn what it means to have integrity and be resilient.”

Milan concluded by saying the vision of the Foundation and all that can be accomplished in the immediate future continues to drive her and the diverse Foundation Board of Directors.

When asked why she loves the sport of tennis, she summed it up in two words: “It’s FUN!”