Pancho Gonzales remembered as a trailblazer for Hispanic athletes 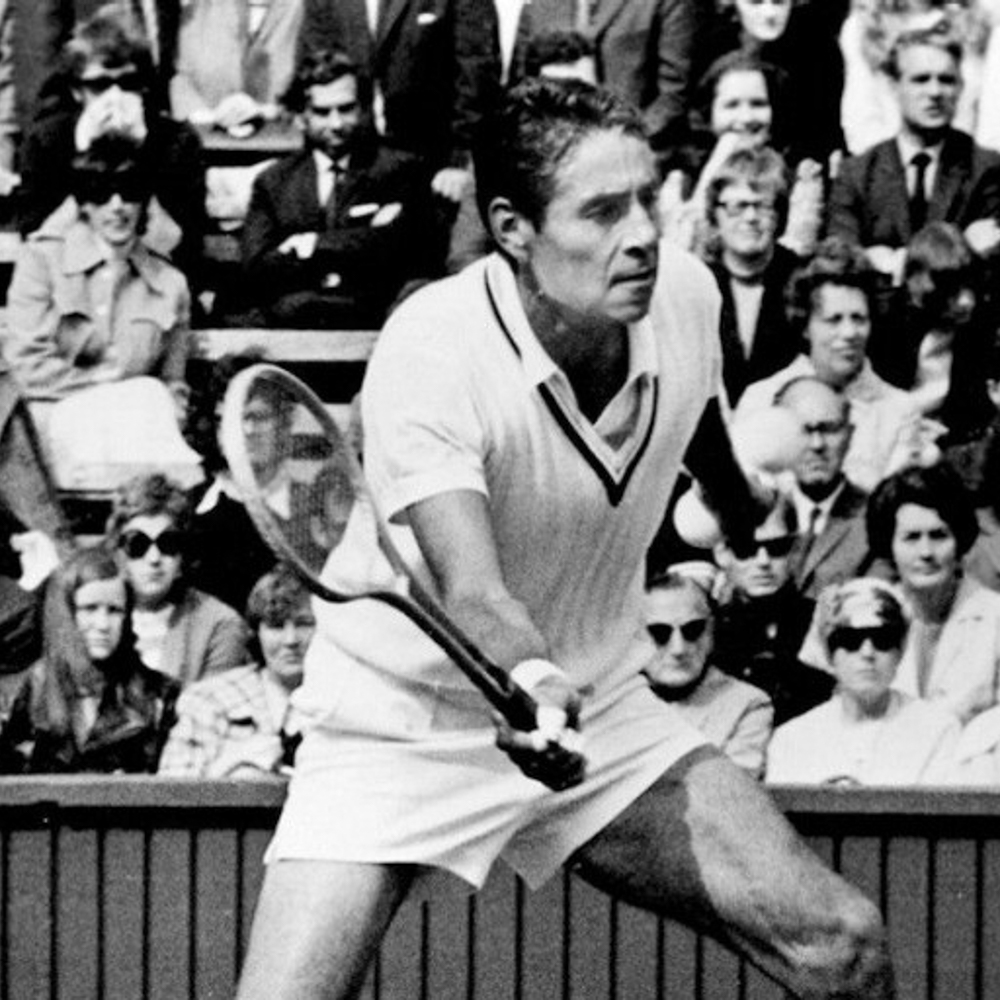 In a sport that is constantly working to improve diversity and representation even today, Ricardo Alonso ‘Pancho’ Gonzales was a pioneer for Latino and Hispanic athletes in the early 20th century and left a considerable impact on Southern California tennis for years to come. Gonzales was born in Los Angeles in 1928, to two Mexican American immigrants, and was the eldest of seven children. Gonzales was introduced to tennis by his mother at age 12, and playing on public courts in LA, began his storied career in the sport.

As Gonzales began to develop an interest in tennis, his reputation as a junior certainly was not flawless, and he faced ostracization from the Los Angeles tennis establishment, including being banned from the Los Angeles Tennis Club. Gonzales was frequently truant from school and had numerous run ins with the law, leading to his being banned from playing in tournaments as a junior. At age 16, after spending a year in detention for burglary, Gonzales joined the navy in 1945 and served for two years. During his time in the navy, Gonzales had a lack of playing time, but through playing in tournaments on the west coast, rose to a ranking of #17 and found success against elite players from around the world.

Gonzales eventually won over the same establishment at the Los Angeles Tennis Club that once had banned him, so much so that they sponsored his entry and travel to play at major tournaments on the east coast, including at the U.S. Open in 1948. At the 1948 U.S. Open, he attained his first grand slam title, making him the highest ranked American player by the end of the year. While Gonzales did not win any other singles grand slam title in his career, he would go back-to-back at the U.S. Open by winning in 1949. Gonzales defeated longtime rival, Ted Schroeder in the finals to claim his second championship.

As his career went on, Gonzales continued to rack up notable titles and forge a path as a one of the few Latino tennis players on tour. Gonzales ended his career with 19 titles at major tournaments as a singles player, as well as two doubles grand slam titles, one at the French Open, and one at Wimbledon. One of the interesting chapters in Gonzales career was in 1960 as the professional tour briefly changed their rules to affect his game. Gonzales relied heavily on a strong serve-and-volley game, prompting the tour to change their rules to mandate the ball having to bounce on a returned serve before the server could make their own first shot. The tour also moved the service line to a yard behind the baseline, however, despite these targeted disadvantages, Gonzales continued to win, and the rules were changed back.

Because most of Gonzales’ professional career took place before the start of the open era, he was unable to compete at grand slam events between 1949 and 1968. This blockade no doubt took a number of possible grand slams out of his hands, as was recognized by a number of his peers at the time. Gonzales was ranked #1 in numerous rankings between 1952 to 1961, highlighting his skill and undeniable place amongst the best of his time. Such was Gonzales’ prowess that Arthur Ashe said that he was the only idol he ever had, while Allen Fox would call Gonzales one of the best of all time.

With universal recognition as one of the most impressive tennis players of his generation, and numerous titles to back up his skill and dominance, Gonzales has a legacy that will stretch on forever. He was inducted into the International Tennis Hall of Fame in 1968, cementing his legacy. Furthermore, Cal State University, Los Angeles named their Tennis Center after him in 2013, ensuring that his city of birth will bear his name in at least one tennis institution for the foreseeable future. Gonzales’ journey to the top of the tennis world was by no means ordinary or orthodox, but his influence as a Mexican American athlete and an incredibly skilled tennis player is undeniable and long-lasting.