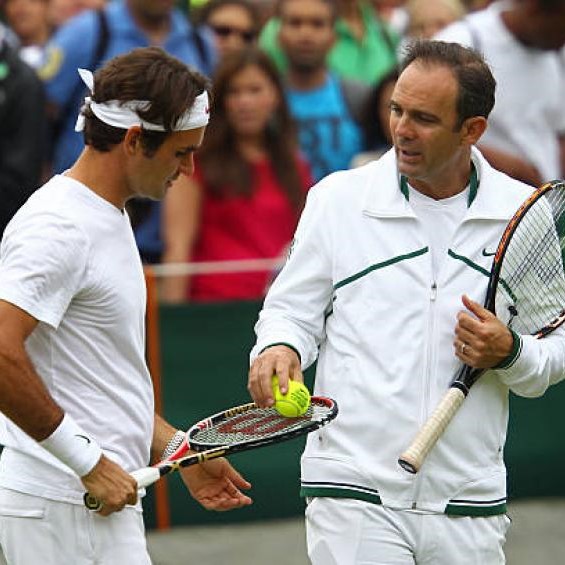 USTA Southern California is pleased to announce that legendary tennis player, coach, and broadcaster Paul Annacone has joined the USTA SoCal Player Development effort. Annacone, along with Director of Player Development Scott Lipsky and Director of Junior Tennis Trevor Kronemann, will be offering periodic camps, a college combine, and other resources for highly ambitious SoCal juniors interested in playing college or professional tennis. The resources and support provided by USTA Southern California are intended to be supplemental and complementary to any existing coaching or academy program in which a player is engaged.

As a player, Annacone competed for the University of Tennessee, where he was an All American from 1982-1984 and earned ITA Player of the Year honors in 1984. Annacone reached a career high ATP #12 in world singles and #3 in doubles. Along with a successful playing career, he is known as one of the most accomplished coaches in the global tennis community. Annacone has coached Grand Slam champions Pete Sampras, Roger Federer, Sloane Stephens, and Stan Wawrinka.

“Tennis has been my life since my youth,” said Annacone. “I have been fortunate enough to play and coach in all corners of the world. I’m excited to work with SoCal, Scott and Trevor and to help build on the strong foundation that Southern California tennis has had for decades. I look forward to assisting in the development of programs that can help prepare junior players for high level competition, college tennis, and for some, a chance at a professional career.”

Annacone joins the Section just as tennis enjoys a surge in participation nationwide. More than 21 million Americans reported playing the sport in 2020, including a 44% increase in new players over the previous year. Statistics indicate the welcome addition of nearly three million new players in the game as well as substantial growth particularly in youth racquet sales, with over 400,000 sold since last spring.

“We couldn’t be more excited to have an immeasurable talent like Paul Annacone spending time with our junior players, imparting his wisdom, and providing periodic training opportunities for their development,” said Marla Messing, CEO at USTA Southern California.