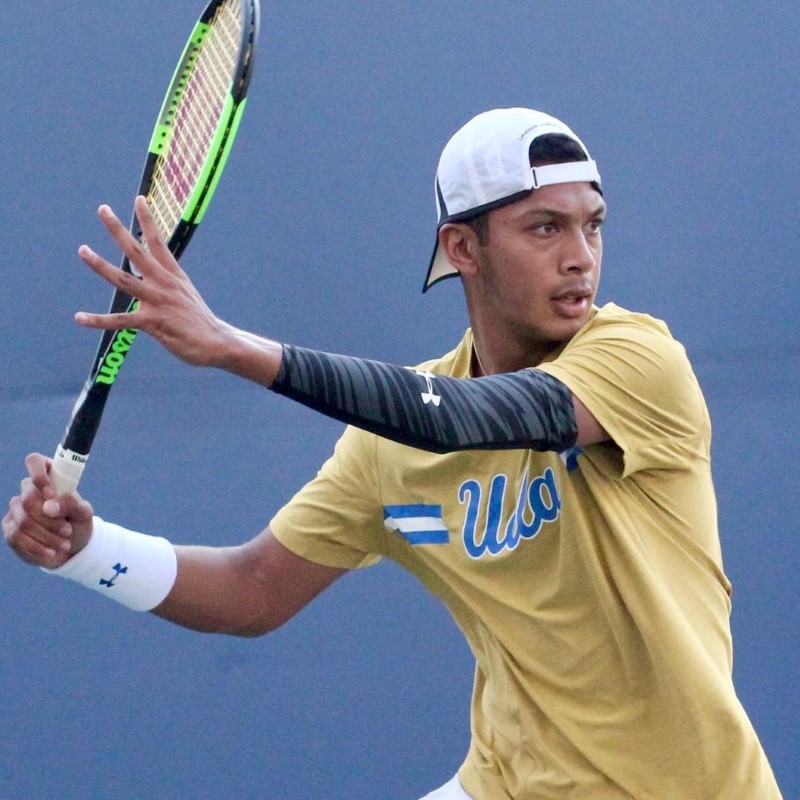 It wasn’t exactly what Bryce Pereira expected for his junior year at UCLA in 2020. There were no raucous clashes with the Trojans. No push towards an NCAA title. No farewell to the graduates before ascending to become one of the team’s senior members.

“I remember thinking when it first happened,” Pereira says of the first inklings of widespread pandemic, “it was March 12 and I was in the training room with teammates and we’re getting ready to play. Like two days before that, they’d told us, ‘No fans, and possibly just parents.’ Then the day before, (school officials) said no fans at all. Not even parents. I think in the circumstances that we were in, we just kind of had to accept it.”

As students fled campus life while the nation struggled to control a pandemic, all eyes then turned to the clusters of civil unrest following the death of George Floyd in Minneapolis. Some Americans rallied in protest while others took to the streets. Mayhem and violence distracted from messages of unity and racial harmony.

Pereira, a member of the Bruin Athletic Council, watched and reacted with artistic inspiration. His creation has since helped set the tone for UCLA Bruin athletics as they return to competition this year.

“Someone (on the Council) brought up the idea of wearing a Social Justice patch,” Pereira recalls, a nod to NBA and MLB organizations taking the same approach. “I wouldn’t call myself super artistic or anything. I just started sketching out patches and stuff, and then it came together.”

The Arcadia native submitted his artwork to the school’s Black Student Athlete Alliance, of which he is a member, and his design was among two finalists. Ultimately, aspects of each design were blended together for the final product.

“I remember what was really prominent in my mind,” Pereira says of the inspiration that came to him as riots and violence captured national headlines. “I didn’t want it to be just police brutality and stuff. I thought more broadly, so I put the fist as the centerpiece, and then I added what we (UCLA student athletes) stand for, like unity and respecting everyone. I’m a huge advocate for mental health. I just started to add words that really stood out to me, what I like to live my life by, what catches my eye, and what I stand for.”

Today, all UCLA athletes wear the patch on their team attire as a message of equality, tolerance, unity, respect, mental health, fairness, and racial justice – the seven phrases reflected in the artwork.

“After that,” he anticipates, “I think I’m just going to play on tour for like a year or two, some Futures or whatever, to see the world a little bit. Just take tennis seriously like that’s the only thing in my life.”

But there’s still plenty left on the 2021 calendar, including a regular season finale against arch-nemesis USC.

“All the guys are always pumped up to play the Trojans,” Pereira says of the rivalry. “Every time we go out against USC it’s insanely competitive. But in a good way. There’s no bad blood of course, but when we’re on court, we’re at war.”