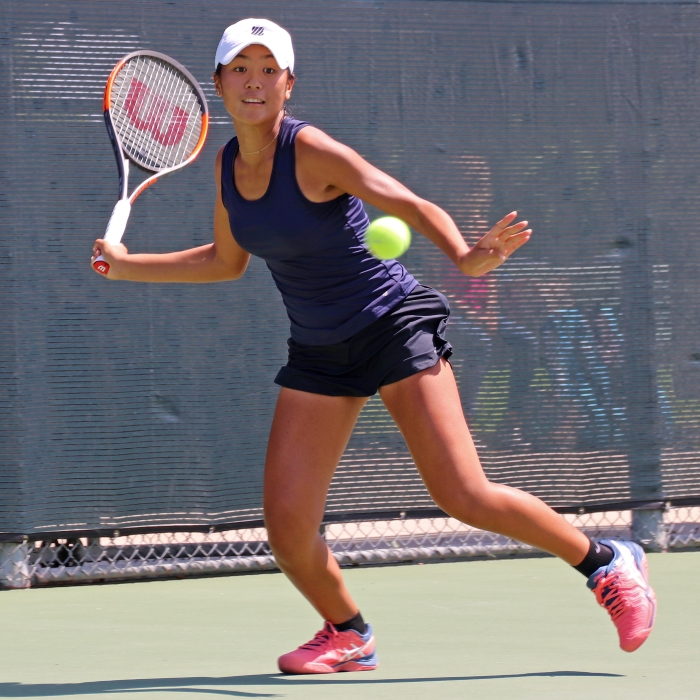 At long last, it’s time for SoCal juniors to dust off their competitive edge and get back on the court. On Monday, the Section opened registration for the 118th USTA Southern California Junior Sectionals, set to begin on Saturday, July 25th. The tournament will extend over two consecutive weekends at multiple facilities in Orange County, with Great Park in Irvine serving as the official host site.

For young players, the extended off-season has presented wave after wave of unique circumstances. Traditional schooling shifted to at-home learning in March, and the suspension of tennis activities left many players scrambling to invent imaginative ways to sharpen skills off the court.

With studies winding down and a July 1 resumption of play on the horizon, local juniors are eager to return to tennis and prepare for this year’s Sectionals. A historically significant event, Junior Sectionals has produced some of the nation’s finest talent. From Venus and Serena Williams to Steve Johnson and Sam Querrey, Southern California boasts an impressive roster of touring pros who claimed Junior Sectional titles on their road to success.

But none of them experienced the pandemic-stricken route that this year’s talented crop endured. Originally slated for mid-June, the prestigious tournament fell into calendar limbo until it was rescheduled to the end of July.

Katherine Hui, of San Diego, Calif., was a finalist in last year’s Girls’ 16s title match, facing eventual champion Midori Castillo in the final. Hui opened the 2020 season with an impressive semifinal run in the 18s division at the USTA National Winter Championships in Orlando.

“Given the circumstances right now,” Hui tells USTASoCal, “I have been doing my best to prepare for competition. I didn’t have as much time on court to practice over quarantine, but focused on other aspects of my game like mental skills and fitness. Going into the summer season, I feel prepared and happy to play. I‘ve missed tournaments a lot.”

“I think the break has been good for me because I felt a bit burned out and was planning to take some time off anyways,” says Daehnke, who played last in late February at the Long Beach Junior Open . “I’m gonna have to start off slow with my training, but I am definitely looking forward to taking a shot at a Junior Sectionals title in July.”

The field at this year’s junior event will again feature many of Southern California’s most promising young talents. In only the first few hours of registration, more than 50 players had already signed on. This year, there will be no qualifying or consolation rounds in order to minimize the number of people on site at a given time.

Great Park in Irvine will be the main tournament site, a change from previous years. Los Caballeros Sports Village has long been the backdrop for newly crowned junior champions, but conditions surrounding the pandemic led tournament organizers to reconsider the highly-trafficked site for the 2020 event.

USTA SoCal will also operate a virtual tournament desk using MatchApp technology, allowing players to check-in with their phone and receive court times and numbers through the app.

For complete information, and to register for the Junior Sectional Championships, click here to visit the tournament’s TennisLink page.