Amidst Pandemic, Players Return to Familiar Surroundings for ITA Masters 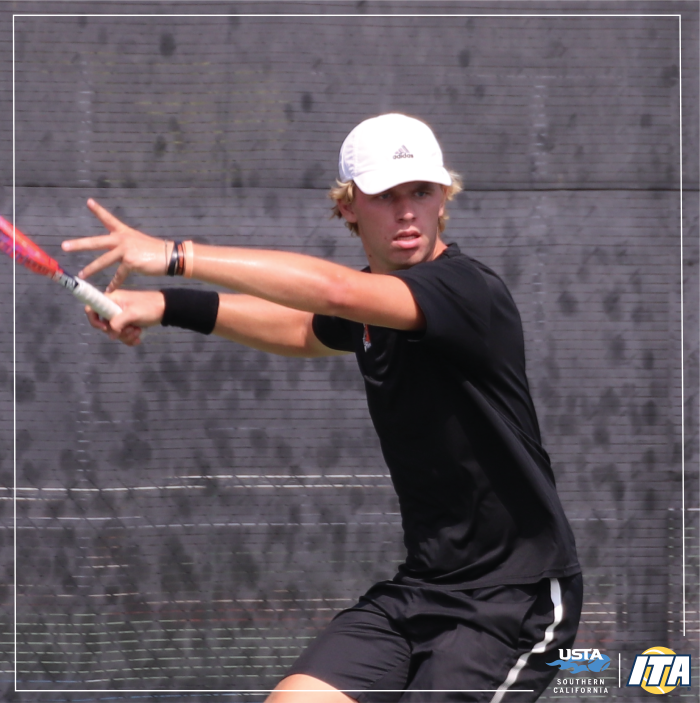 What a difference a year makes for the college tennis players of Southern California and across the nation. At this time in 2019, the fall season were in full swing and the promise of springtime competition gave much to look forward to. Fast forward twelve months, and everything has changed.

But most SoCal players who selected colleges and universities away from home have not been allowed to return to campuses during the pandemic, engaging instead with long distance virtual classes. It also means they continue to train and practice at home until programs resume (hopefully) next year. This weekend’s Oracle ITA Masters in San Diego is a homecoming of sorts for numerous SoCal student-athletes, and the opportunity to compete at home in Southern California is a welcome return to some kind of normalcy.

Ryan Seggerman should be 2,700 miles away, in a classroom studying Operations Research and Financial Engineering at Princeton University in New Jersey. Instead, he’s back in home town Coronado in a rented house with five of his Princeton teammates. Seggerman has been working through some nagging injuries and has competed only sparingly, but the senior made the cut in San Diego and opened the Masters with a win over Logan Smith before falling in the second round on Friday.

“For me, and really for all the guys playing, it’s good to get the chance just to compete again,” said Seggerman, who generally only returns to play at home during spring break. “Being in my hometown is even better. It’s obviously a long, long way from New Jersey. If we’re not going to be on campus, being in San Diego is a good second.”

Sophie Whittle is the top seed in the Women’s draw. From the small town of Nipoma, just south of San Luis Obispo, Whittle graduated from Gonzaga University in 2019 so she’s used to being a little further north in Spokane. But now she’s back in Southern California and leading the pack in San Diego this weekend.

“Although I’m graduated from college it is always fun being in a college tennis atmosphere” Whittle said. “I love being able to continue to rep Gonzaga University. I live in Central Cal but grew up coming down for tournaments in SoCal every weekend so it’s been nice being back seeing family and some friends. I am hoping the college tennis season happens for all these athletes, there is nothing like competing next to your teammates in that competitive environment.”

A senior who came through the SoCal junior ranks, Tim Sah now plays for the powerful Stanford team. The San Diego native studies Computer Science and is celebrated for his studies as often as his tennis. He’s a two-time ITA Scholar-Athlete and earned PAC-12 All-Academic honors in 2020. This fall, he’s training in San Diego and eagerly awaiting a return to regular competition.

“I’ve grown up playing here,” Sah said, “so I’ve played a lot of tournaments here. It’s nice to be back in a familiar environment. Some of my teammates have been coming through San Diego to train, but it’s definitely different. It’s weird not seeing my teammates every day.”

Sah notes that Stanford, which finishes the shortened season ranked #8 nationally, will add four incoming freshmen (including SoCal’s Tristan Boyer) this year without losing any of their existing squad. That should make for some intriguing PAC-12 match-ups with UCLA and USC in 2021.

But for now, a little home cooking and familiar surroundings will keep Sah and the rest of the ITA field on a comfortable track to the much anticipated spring season.

The Oracle ITA Masters continues through Sunday at Barnes Tennis Center in San Diego. Follow @USTAsocal on social media and the daily blog at USTAsocal.com for the latest updates!