PRATT: Plenty of SoCal Storylines as World TeamTennis Kicks Off 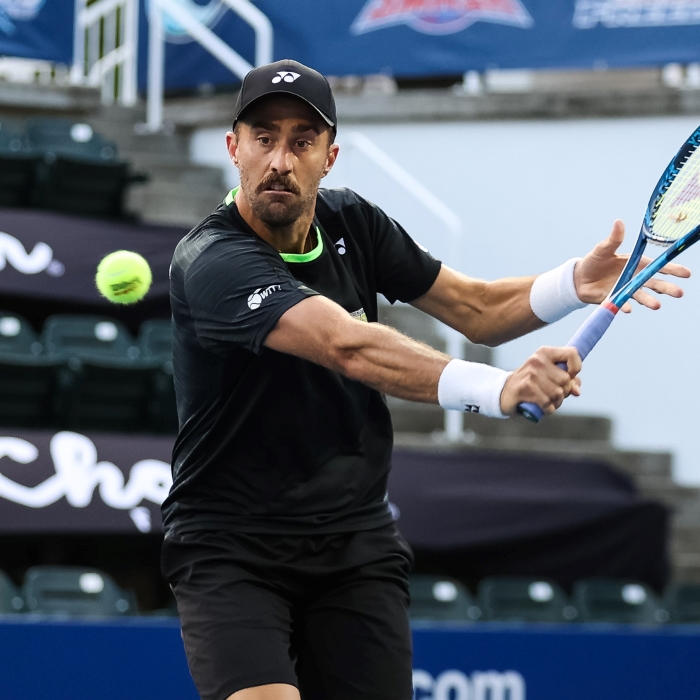 On a recent World Team Tennis Zoom Webinar meet-up with the nation’s top tennis media members, SoCal’s favorite doubles team Mike and Bob Bryan had to remind WTT CEO Carlos Silva they had indeed at one time in their storied careers won the league’s ultimate prize, and had the championship rings to prove it. Silva said the only thing missing from the 42-year-old twins Wikipedia resumes was a WTT title – before Bob corrected him.

“Actually Carlos, we do have a ring from World TeamTennis playing for the Kansas City Explorers,” Bob said. “We were the marquee players. I think we played two or three matches so they threw us a bone when they won. We weren’t there for the playoffs but I do have the ring sitting in my trophy case downstairs. Do I feel like I contributed? Probably not, but I got the hardware.

“Our dad (Wayne) has like two or three titles so he actually holds that over our head. Our mom (Kathy) played TeamTennis back in the day. We’ve played every year we’ve been on tour but I think the only time we played a full season was ’99 for the Boise Sneakers so we’re excited to play a full season, really get into it, and try to help our team lift the King trophy.”

That quest begins this Sunday when the Rollers open play against the newly-minted WTT franchise Chicago Smash at 1 p.m. PT and televised on CBS Sports Network. All 63 WTT regular-season matches will take place at The Greenbrier – “America’s Resort” – in White Sulphur Springs, W.V., due to the ongoing Covid-19 pandemic.

What is different during the 45th playing of the WTT three-week season, which concludes with the WTT Playoffs Aug. 1-2, is that each of the nine teams’ rosters will remain completely intact for the entire season. The word “marquee” or “franchise” player no longer exists during these unprecedented times.

There are local SoCal storylines aplenty for the West Coast teams of the Breakers, Aviators and Rollers. The Breakers are led by new father-to-be Steve Johnson of Orange and former UCLA star Jennifer Brady and coached by nine-time Grand Slam doubles champion Rick Leach, who is entering his 20th season of World TeamTennis as a player or coach. The Aviators boast 2018 US Open women’s doubles champion Coco Vandeweghe while the Rollers will lean on the singles play of former Thousand Oaks resident Sam Querrey and Long Beach native Asia Muhammad.

“We’ve played 22 years and this is, I think by far the strongest field we’ve ever seen,” Mike Bryan said. “Every team is stacked with Grand Slam champions, legends, newcomers. I mean, there is nowhere to hide. Every day we wake up at The Greenbrier we’re going to go out there and play a nasty squad.”

Of course the question came up if this would be the Bryans last year on Tour.

“Mike and I have been chatting about it, we do not know if we want to come back in 2021 yet,” Bob said. “A lot of stuff has been going on, Mike just had a baby and I took my kids out of school for the nine-month Open run, not sure if my wife wants to do that again. So, I do not know. We talk about it every day. We are not getting any younger. We just turned 42. We feel healthy going in, but a full season on tour is a commitment and we will really have to think about that.”