PRATT: Retired or Not, Wheelchair Tennis Still a Priority for Dee Henry 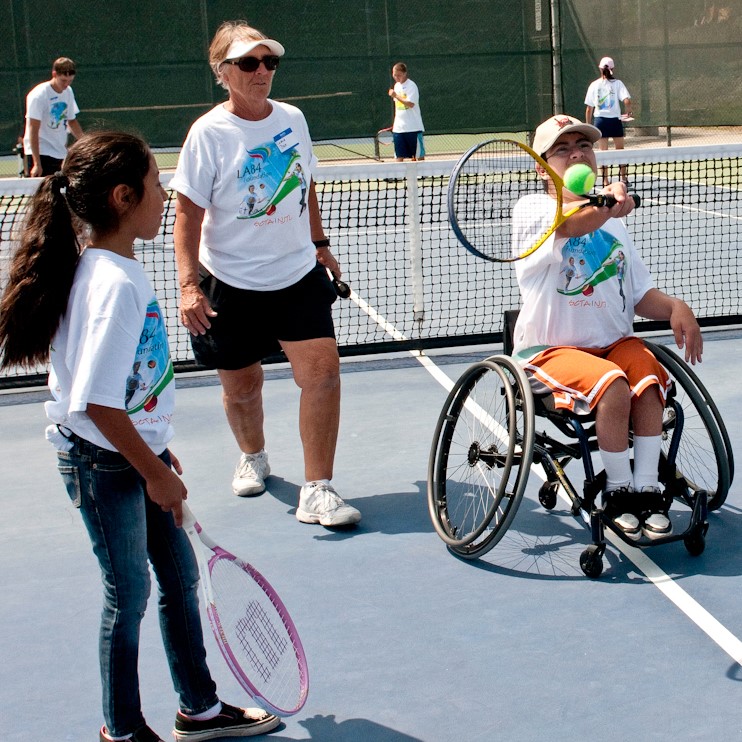 All it took was one call, and Dee Henry immediately knew.

The caller wanted to know how she could try wheelchair tennis, and Henry had to smile, knowing the recently televised US Open Wheelchair event by ESPN had accomplished just what she had predicted: more awareness and visibility to a sport she has advocated and coached for more than 30 years.

“I’ve had calls just this week from players who are asking if they could try wheelchair tennis, and it’s because of two words: U.S. Open,” said Henry, who spent 45 years as the women’s coach at Biola University before retiring from her teaching job on August 31 after 49 years. “The US Open tournament this year in New York was fantastic. I was watching the Women’s Open final and just realized what a great opportunity this was to give our players a chance to be seen.”

Henry knows continued television coverage of wheelchair tennis will continue to inspire others to give it a try. And it won’t be long before someone like Diede De Groot of the Netherlands is a household name. De Groot beat Yui Kamiji of Japan 6-3, 6-3, to win the US Open wheelchair singles event. In the men’s finale, Sam Schroder defeated Dylan Alcott, the Australian who was seeking his third US Open singles crown. Alcott, along with his doubles partner Andy Lapthorne of Great Britain, had already beaten Schroder and David Wagner of the US to win the doubles title. It was Alcott’s seventh major doubles title.

Henry, a USPTA Elite Pro who remains a Professor Emeritus at Biola, said her focus during retirement will be on the continued formation of the La Mirada Community Tennis Association, a 501c non-profit that will provide clinics and instruction to challenged athletes, including wheelchair players.

“I have three wheelchairs and ball hoppers loaded in the car now,” said Henry, who teaches in the evenings at the 12-court La Mirada Tennis Center.

Biola University offered Henry a year-long sabbatical last year and she spent it traveling from San Diego to Fresno and even Virginia working with special needs athletes, before the COVID shutdown derailed the final couple months of the 2020 school year. COVID was also responsible for shutting down the USTA SoCal Super Sectionals event, which included wheelchair divisions and was near completion before the shutdown.

Henry reflects back to 1990 and credits the Intercollegiate Tennis Association for giving her the nudge to begin so many years of service to those who would not have a chance to experience the sport of a lifetime.

“As a collegiate tennis coach, they asked every coach to give something back to the game,” Henry said. “That was 30 years ago and when we had our first clinic. We started with a young boy named Scott Barron, who was just 2 years old, and he brought a buddy with him. I saw a kid walking on crutches and I got him to come. So that’s how it all kind of all started. From there we began to do Up-Down tournaments and it just bloomed and blossomed.”

Barron has the distinction of being Henry’s first student, and still comes out to hit with Henry during her clinics. He serves as a constant reminder of the long and memorable career Henry has accomplished over the years. There have been countless awards and accolades, including the 2006 USTA Eve Kraft Community Service Award, and the International Tennis Hall of Fame Educational Merit Award in 2016.

But it is the people and the players like Barron she has influenced over the years that means the most to Henry, and she seems more than intent on continuing to reach more players and change more lives in the process.