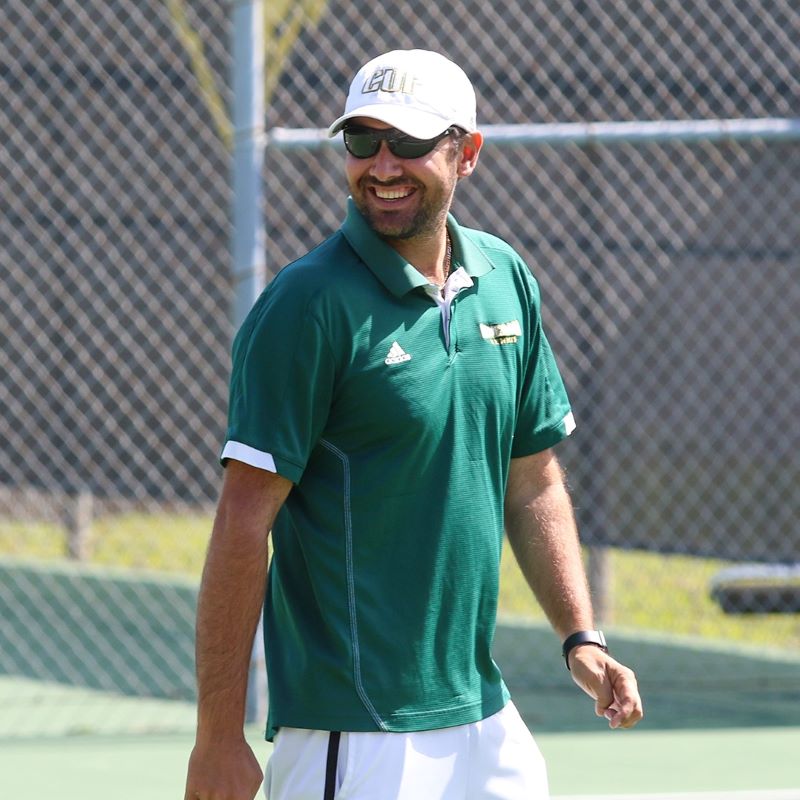 Name a prominent Southern California tennis event and there is a very strong possibility Jonathan Sanchez played it as a junior growing up in this hotbed of tennis.

“Looking back, I have a further appreciation of all the events I played as a junior growing up in Southern California,” said Sanchez. “I was fortunate to have a very successful junior career and have so many fond memories. Southern California has arguably the best juniors, colleges, and pros. So to be able to experience that as a junior and now as a coach is a dream. I’m so glad to still be a part of it.”

Sanchez, whose well-known uncle Jamie has coached across SoCal for more than 40 years, finds both his Concordia teams ranked inside the Division II Top 25 this spring. The men’s squad, a fully international team with players from France, Germany, Austria, and Taiwan, sits at 5-3 on the young season after finishing sixth at the ITA National Indoors in Oklahoma. The women’s team, including SoCal’s Evelyn Bob (Riverside) and Heather Richards (Hemet), is riding a four-match winning streak after an opening-season loss to Cal-State Fullerton.

Sanchez said he would like to recruit more local players in the future. “It just works out that way,” he said. “It’s not from a lack of trying to recruit locals. I would love to recruit from Southern California. But it is difficult with so many shiny objects and USC and UCLA and my uncle’s former college at LMU all being here in Southern California. We are trying to be our best in the conference that we are in and even in the nation, and to compete at the highest level.”

Sanchez said English is a requirement for admission into Concordia so there is no language barrier. “More so it’s cultural differences and adapting to the way we do things here,” Sanchez said. “Sometimes it’s a challenge but I’ve been doing it for 11 years now and getting the players adapted is not a problem.”

Sanchez was instrumental in Concordia’s successful transition from an NAIA school to NCAA Division II five years ago. “It’s been an interesting adjustment,” he said. “Just being in the NCAA is huge and brings some more legitimacy to the program. The biggest different is the level of depth. Every team is good. It’s always good to step on the court and have a fun match against some tough teams.”

While playing for BYU, Sanchez admits coaching in college was not his expected career. “When I started I just kind of fell into it and fell in love with it,” Sanchez said. “Tennis has always been a passion, but it has become so much more. Mentoring and working with the students from the freshman year to seeing them graduate. It’s something I kind of live for now.”