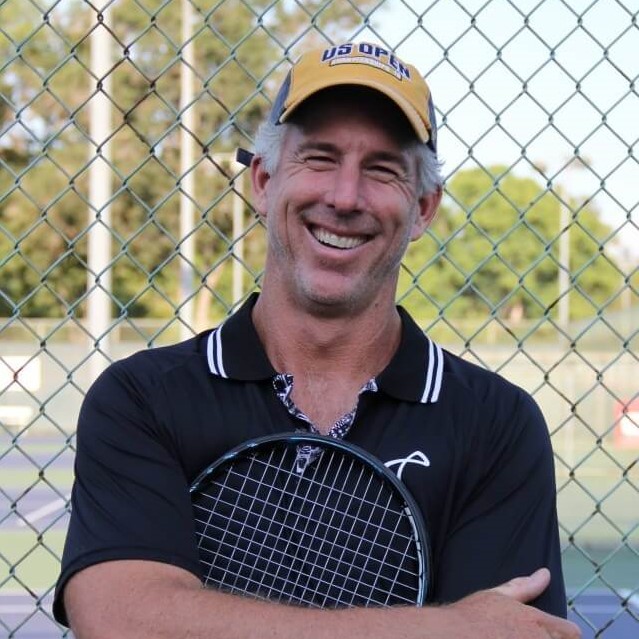 A commitment to building tennis champions has always been the ultimate goal and calling for the leadership of the venerable Jack Kramer Club, the intimate club that sits in Rolling Hills Estates in the South Bay. With the recent naming of legendary collegiate tennis coach Peter Smith as the club’s new General Manager/Tennis Director, the Kramer Club’s commitment becomes even that much stronger and meaningful.

Smith – who from 2002 to 2019 was an eight-time NCAA national champion, including five team and three individual titles – is joining a small but talent-filled list of former directors and head pros at the club. “It’s been Vic Braden, Robert Lansdorp, Larry Easley, Dennis Rizza and Jeff Tarango,” Smith said. “It’s not a big list, but it’s a pretty incredible list.”

The Club itself boasts a storied history featuring a star-studded roster of legendary athletes. When all-time tennis great Jack Kramer partnered with Vic Braden in 1962 to begin that dream of raising champions, the two legends had no idea the club would become the hub of Southern California junior tennis over the next 25 years, raising champions like Tracy Austin, Pete Sampras, Lindsay Davenport, Eliot Teltscher, Kimberley Po, John Austin, and Derrick Rostagno, among many others.

“I always say it’s a little like the USC/UCLA/Stanford of tennis clubs,” Smith added. “This is a club that has 250 members and to do what they have done with so many great players to come out of there is truly remarkable. I think Lansdorp gets the bulk of that credit, but it’s just astounding what this tiny little club has done. It’s a pretty special place and I’m just happy to be a part of it.”

Smith started his new job August 3, but the five-time Pac-12 Coach of the Year and two-time National Coach of the Year will be a part of the “bubble” in New York City and coach both Steve Johnson and Sam Querrey for the next three weeks at the Western and Southern Open and US Open before settling in at The Kramer Club.

While junior development will be his main focus, Smith said he will be in charge of all aspects of the tennis programming at the club. “For me it’s always been about building humans who play great tennis,” Smith said. “And so I’ve always really enjoyed working with like 10- to 15-year old kids and I think you can do a lot there. But I will run the whole club and I will be responsible for the ladies and the men and the adults and that will be important. One of the tenets of the club is to worry about the future of the club. And the future is the juniors. That’s special. I can’t wait to get started on that.”

Smith likened being a general manager to what a college tennis coaches do in the morning when students are in class. He will do schedules, and payroll and other planning.

When asked if he enjoys that part of the job, Smith joked, “That’s me, you know, I took this job to work in the office. It’s a 50-50 deal. I think everyone has their strengths and weaknesses. In the morning, most college coaches are general managers. You have to recruit, take care of budgets and different things. And in the afternoon they are tennis pros and coaches.

“That’s how I view this job. We’ll see how it goes. It’s definitely a work in progress.”

A self-described “doer,” Smith will be part of the entire process of working with the juniors and won’t shy away from putting the time in on the court. “It’s about having a very good system in place for them to be successful and for them to enjoy it. So, yeah, it’s gonna take a lot of work, but I love to work. I’m not afraid of hard work.”

The pressure actually inspires Smith, one of the most-liked and respected coaches in the game. “To me, it’s challenges in life that make you live,” he said. “So that how I look at it. This is super cool. What a challenge. You know, some might say, ‘You can never do what they did in the past.’ Well that’s unheard of to say we could do what they did.  But just to create an atmosphere where kids love tennis and want to play tennis –  you know, for kids to want to have the Jack Kramer Club as the spot – to me, I’m all about that.”