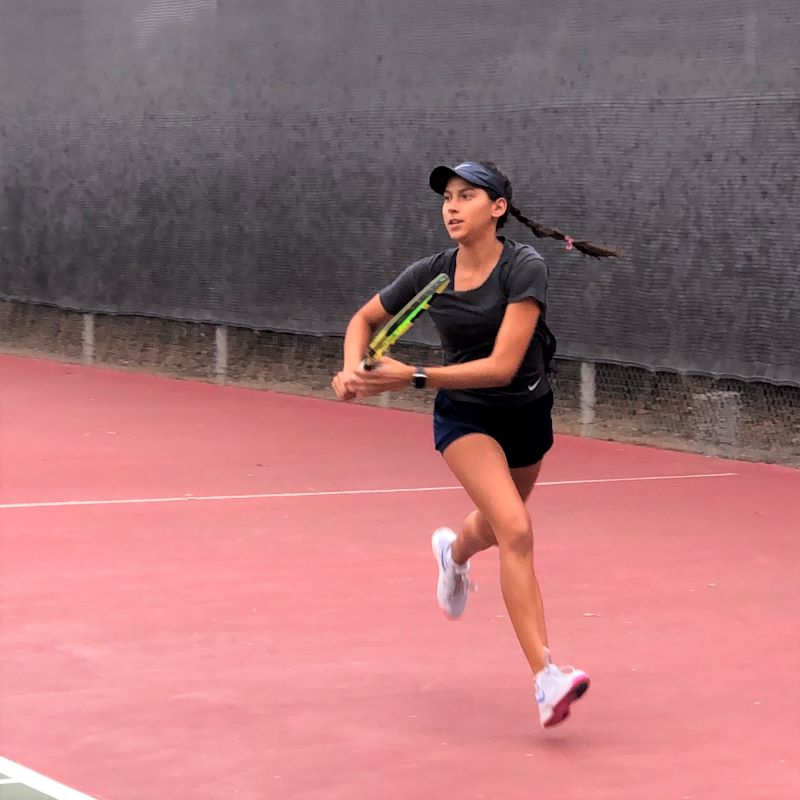 One of the most accomplished players to ever come out of the University of San Diego, Solymar Colling has a big decision to make this summer – continue adding to her legacy and return to play for the Toreros or venture off to fulfill her lifelong dream of becoming a professional tennis player.

The 22-year-old Colling from the City of Orange recently took part in her third consecutive NCAA Individuals Tournament where she admittedly “played really bad” and lost in the first round. The bitter defeat has left such a bad taste that Colling is leaning toward returning to the team, even though she recently turned the tassel and threw her graduation cap into the air, receiving her USD diploma and completing her academic career with a degree in real estate.

“Covid gave me the extra year of eligibility and I’ve always been a full-time student taking five, six classes a semester,” said Colling, who four years ago and just a freshman, won two rounds at the NCAAs to make the Round of 16 and be named All-American status, just the sixth player in USD history to earn that honor. “I was out of sorts this year and put way too many expectations on me because I really wanted to do well. There were just so many things.”

Colling said toward the end of the season – which ended with consecutive losses to Pepperdine in the West Coast Conference title match and the Arizona State in the first round the NCAAs – she experienced some personal issues that caused her to lose her focus.

In addition, 40-year head coaching legend Sherri Stephens was coaching her final matches as she had previously announced this would be her final season. “Our head coaching position hasn’t been determined,” Colling said. “I was just really nervous about the future.”

She added: “All of these factors made my tennis streaky, and it’s been hard at times to shut out the mind.”

Colling next will turn her focus on the pro circuit as she is entered in the newly launched SoCal Pro Circuit events taking place over the next six weeks, including stops in Rancho Santa Fe, her home courts at USD, and Barnes Tennis Center.

“I’ve been playing non-stop since January,” Colling said. “Of course, I want to keep playing but I have to worry about possible injuries. I will play the San Diego ones for sure, but L.A., I’m just not sure.

“Summer is going to be pro-focused. I really, really want to play pro and I will focus on that. That’s why I’m so grateful for these Pro Circuit tournaments coming up because it will really help some of the locals break through and give us some exposure.”

After her freshman year of college, Colling’s family decided to move to the Dallas area and Colling began training with noted academy director Dave Licker. Her sister remains in SoCal, but Colling said a true homebase has not been determined once she has turned pro. Just like a possible return to college, Colling is leaning hopefully staying in Southern California.

“I’ve always been a SoCal girl at heart so think I’ll be back long-term,” she said. “I’ll be back because I really love it here.”