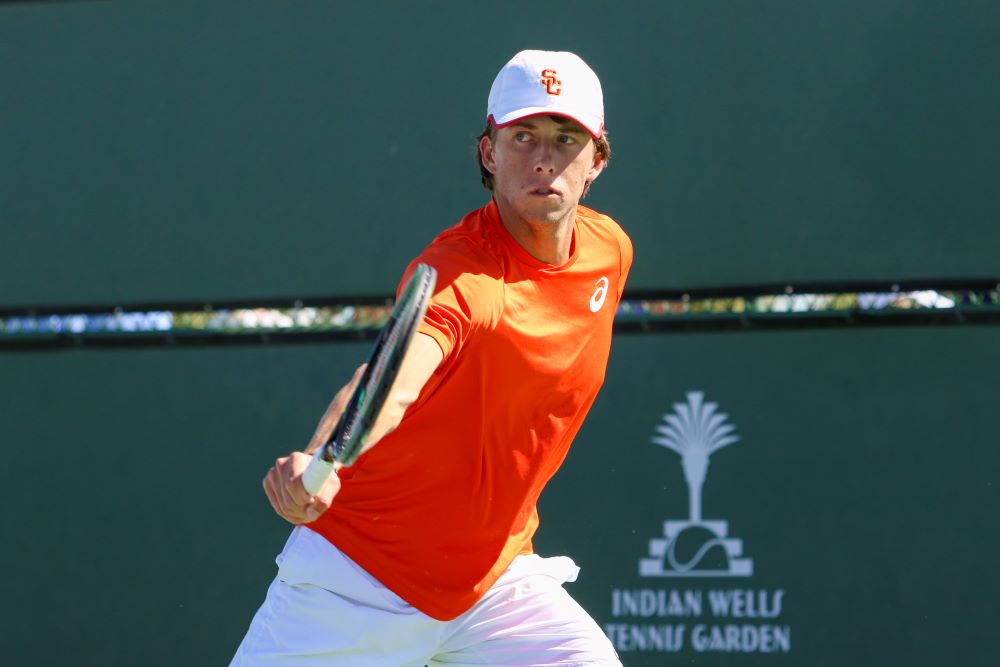 Brandon Holt knows all about winning USTA Pro Circuit Futures tournaments in Southern California. The former USC All-American pulled out singles wins in the 2018 Claremont Club Futures and in 2019 won the USC Futures, both $25,000-level events.

Holt hopes he can re-create some of that magic this summer when USTA Southern California launches the SoCal Pro Circuit – including a mid-season stop at Holt’s home club, The Kramer Club in Rolling Hills.

“That’s going to be amazing to have one of these events at the club where I grew up,” said Holt. “You see a lot of these countries have so many of these tournaments basically every week, like in Tunisia, Egypt and Turkey. “It’s really nice to have these tournaments to play in the U.S. and in Southern California. The level of play here is so strong from the juniors, and all the way through.”

Holt is now 23 and ranked just inside the top 500. A misdiagnosed injury to his wrist kept him sidelined for the better part of 2021, missing eight months in total.

Holt came back in January and proceeded to rally off a Nadal-like 15 straight wins and captured three $15,000 Futures titles in Cancun, Mexico.

Holt then traveled to the Dominican Republic and played Indian Wells before suffering two first-round setbacks in both Bakersfield and Calabasas $25,000 Futures events.

Holt’s injury was finally diagnosed as Osteomas, a rare condition in the hand where there is an extra bone growth. “It’s very common in the legs and in the arms but it’s not common to have a small bone in the hand,” Holt said. “They could have used radio frequency ablation where they just can zap it out and you’re fine. They could have just burned it right out, but they were afraid there was a tendon near it and they said there was a 50-50 chance it might rupture the tendon. Surgery is generally required to cut out the bone and patch it back up.”

Holt said because of the excruciating pain in his hand, he wasn’t even able to focus on his fitness until after he had recovered. He is next headed to Ecuador for an $80,000 Challenger and then off to Britain for two $25,000 Futures.

He’s hoping his schedule will allow him to play the new Southern California Pro Circuit. “To be able to stay home and play these in my backyard is great,” Holt said. “This really just puts the U.S. on a level playing field with these other countries that have so many of these tournaments. I’m excited to play as many of those as I can.”