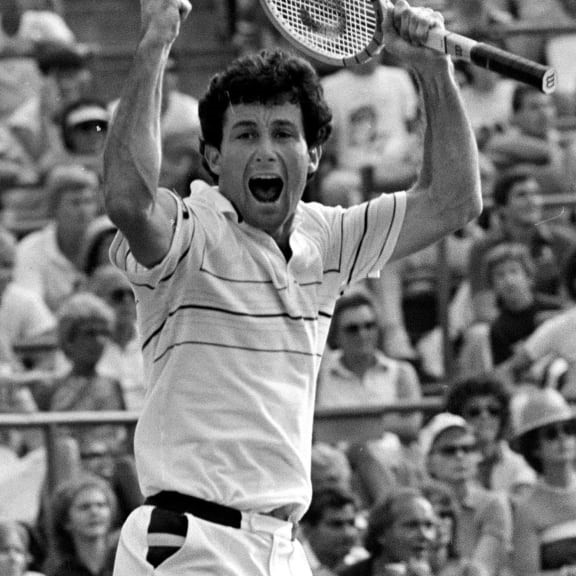 The USTA Southern California family is saddened to report the passing of former SCTA Board Member, US Open semifinalist and World #9 Bill Scanlon. Mr. Scanlon passed away on June 2 following a courageous bout with cancer.

Mr. Scanlon is perhaps best known for his “golden set” achieved in 1983 at Delray Beach. He won 24 straight points in the second set to complete a 6-2, 6-0 victory. He is the first man to accomplish the feat, and did so with a wooden racquet at a time when more modern equipment was widely used in competition.

That same year, Mr. Scanlon, known on tour as “Scaz,” upset John McEnroe at the US Open during a spirited run to the semifinals, where he fell to eventual champion Jimmy Connors. During his career, Mr. Scanlon also reached the quarters of Wimbledon and the Australian Open.

As a sophomore at Trinity University in San Antonio, Mr. Scanlon won the NCAA singles title over UCLA’s Peter Fleming, a future World #8 on the global tour.

Off the court, Mr. Scanlon remained active in the game. In addition to his service on the SCTA Board of Directors, he served on the ATP Board as a player, as well as the USTA Davis Cup Committee. He inducted into both the Intercollegiate Tennis Hall of Fame and the Texas Tennis Hall of Fame.

Tennis legend Chris Evert, in a social media post, honored Mr. Scanlon’s tenacity on the court and his gentle nature on the sidelines. “RIP Bill Scanlon,” she wrote. “You were a giant killer in your day, and a nice guy as well… condolences to your family, you will be remembered.”

Read more about his career and tributes from around the tennis world at ATPTour.com.